Israeli Arabs have once again become the subject of national and international scrutiny. In the wake of Israeli security forces tracking down and neutralising Nashat Milhem, the Israeli-Arab terrorist who ushered in the New Year by murdering three Israelis in Tel Aviv, the many controversial questions and issues always looming, but often at bay, relating to Israel’s Arab minority are once again at the forefront of Israeli and international media. David Horowitz asks if Milhem is an aberration, or the first of a new and terrible trend. Are Israeli Arabs indeed treated equal to their Jewish fellow citizens or is it a case as George Orwell observed of, “All…are equal, but some…are more equal than others?”

It is important to acknowledge that with all of Israel’s incredible successes in many fields since its creation, there are issues that Israel is grappling with as it continues to stride into the 21st century. One of the most pressing of these concerns is how to harmoniously co-exist with a minority population. Approximately 20%, one out of five, of Israel’s population consists of Israeli Arabs.

The vast majority of Israeli Arabs are Muslim. However, about 8% are Druze, about 5% are Bedouin, and about 10% are Christian. Israeli Arabs have full democratic rights, parliamentary representation, State and University education and judiciary recourse. The Joint Arab List is the third largest party in the Knesset. Despite their full democratic rights, the resources given to Israeli Arabs are less than those given to the Jews. The current government is striving to rectify this situation. The majority of Israeli Arabs do not serve in the army. (The Druze, with mandatory male conscription, Bedouin and some Christians who can, and do, volunteer are the exception.).   There is a movement to encourage some kind of national service for Israel’s Arab population as an alternative to military service.

The non-service in the army results in most Israeli Arabs being denied substantial social benefits. At times of recession and unemployment in the Israeli economy, the Israeli Arab sector is consistently amongst the hardest hit. Despite the loyalty demonstrated by the vast majority of Israeli Arabs, the number of Israeli Arabs involved in anti-Israel activities, either directly or indirectly, has increased in recent years. Some of the more radical rhetoric of Arab Knesset members has received intense criticism and brought a number of legal probes. The self-identity of some Israeli Arabs is increasingly showing more overt identification with the Palestinians. 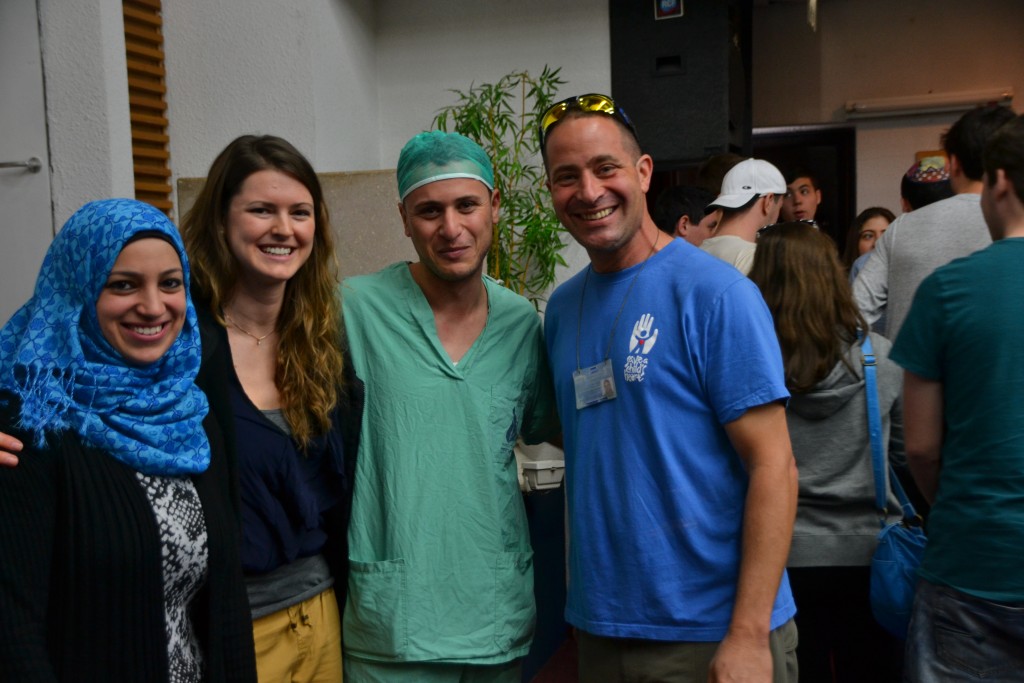 At “Save A Child’s Heart” at the Wolfson Medical Centre in Holon with  Fatma, the Israeli Arab Social worker and Dr. Achmed, the Palestinian intern.  Photo: © T. Book, 2016

However, the old anti-Semitic canard that is Israel Apartheid State is patently false. To call Israel Apartheid is as absurd as stating that there are equal rights to all peoples in any of the countries surrounding Israel. South Africa, the only Apartheid state the world has known, was a brutally oppressive regime where State-sanctioned racism was enshrined in the law. The colour of ones skin was the sole deciding factor as to whether one did or did not have rights. The contrast between Apartheid South Africa and the State of Israel is total. Israel’s Declaration of Independence enshrines equality for all of her citizens by categorically stating:

Whilst Israel continues to struggle and wrestle with its relationship to its minority population, it is imperative to remember that relative to any of the neighbouring countries in the region the situation is incomparably better, although there is certainly much room for improvement.