Every so often, I participate in an event which touches me deeply and enables me to change and grow.

Such was the occasion last Monday night when, as part of the Jerusalem Week of Tolerance, Women Wage Peace hosted a panel of five remarkable Jerusalem women, each from a different segment of Jerusalem society, and which I had the honour to moderate. The venue, FELM, which belongs to the Church of Finland but is open to everyone, was also symbolic of the theme of the evening: Jerusalem society consists of a rich and complicated variety of identities. 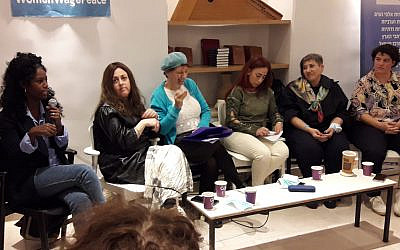 Each year, Jerusalem turns “International Tolerance Day” (November 16) into a full week of events, activities and encounters in the public sphere, celebrating the diversity of cultures in this city. Women Wage Peace is always proud to participate. This panel not only celebrated each woman and her unique contribution to the city; it also challenged the assertion that Jerusalem is a united city with a place for each of her diverse communities. The five panellists urged participants in the gathering to think about what needs to be done to improve the lives of all women in this city.

Each woman spoke frankly about their lives, their struggles and their dreams. 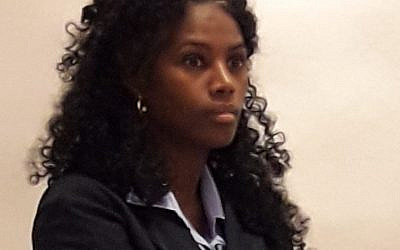 Anchinalo Salomon-Pinto shared that after arriving here from Ethiopia as a young child, her parents insisted that her success was dependent on her efforts. They told her that there was no discrimination here and that she was capable of reaching great heights. Their attitude helped her: Anchinalo is Director of Policy and Government for Jerusalem Philanthropic Initiatives and has an impressive academic background. But her success came at a cost. For a long time, she did not identify with her Ethiopian community. She did not use her given name. She did not appreciate the importance of maintaining her language (Tigrit). She did not recognise the discrimination directed against members of her community. She told us that after coming to the recognition that she belongs to a community with a rich history and culture, one of her priorities is to ensure that her son learns about his heritage. 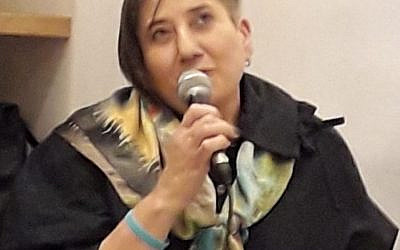 Nona Abu Dalu is an Israel citizen, an active member of Women Wage Peace and an advocate for East Jerusalem’s Muslim society. Her strength and determination shone through as she shared stories of her family’s dispossession from the homes in which they had lived for generations, the splitting of her family when some found themselves in Jordan and unable to meet with those in Israel and the legal challenges her family made to their situation. Her name, Nona, is actually an affectionate nick-name. Her formal name was given in honour of an aunt with a tragic story of homelessness. Nona does not want to tell that story through her name. Her story is of looking forward to an era of peace and prosperity – but in order to get there, more women from her community will need to have the opportunity to learn Hebrew and to find good employment. 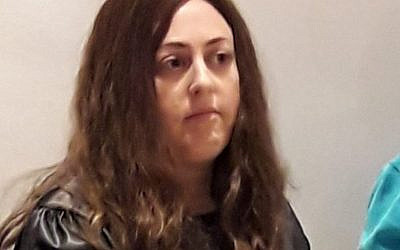 Pnina Pfeuffer is a Haredi activist born in Jerusalem and she brought smiles to the audience as she spoke of her parents’ determination to not be “American” even though they insisted on speaking English at home. She has multiple identities, as do all of us – a Jerusalemite, a single women, a mother, Haredi, political activist, businesswoman and more. She shared how empowering it was to speak opening with women from different sectors and said that she was reminded of the importance of shining the gender lens on issues. 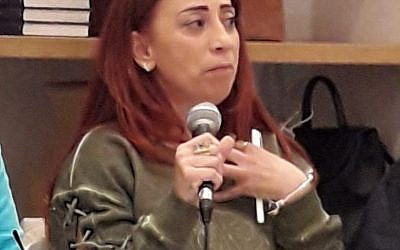 Caroline Ballout was the most outspoken of the panel and her story was perhaps the most illustrative of the challenges of living in Jerusalem. A Christian Arab who lives inside the walls of the Old City, she spoke of the daily challenges of life when one is considered an outsider in the country in which they were born and live. She spoke of the violence in her society, particular that directed against women; she spoke of the humiliation she faces every time she flies from Ben Gurion airport. She spoke of the indifference of the police to threats against her. She also surprised us when she told us that her Hebrew was self-taught. 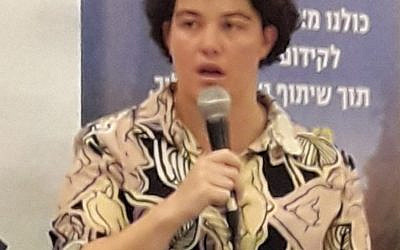 Tamar Ohana is a young activist who represented secular Jerusalem society. Although many secular women and men have chosen to leave this city in recent years, Tamar said she loves Jerusalem and does not want to live anywhere else. She gave us insight into her life as a gay woman, who knows where she is welcome and where she is not, who lives in a mixed neighbourhood and has a strong sense of her own community. Her intelligence and competence were evident in every word and underscored the need for Jerusalem to remain safe and open for all women.

After describing their own lives, the women shared their visions for a healed Jerusalem. Participants in the audience were also invited to share what they would like to change. There was remarkable consistency.  Learning each other’s language is a priority, breaking down the invisible walls between different communities, creating more mixed neighbourhoods, finding opportunities to talk with each other. There was a suggestion that the municipality should make the events and principles of the Week of Tolerance into a year-long project. 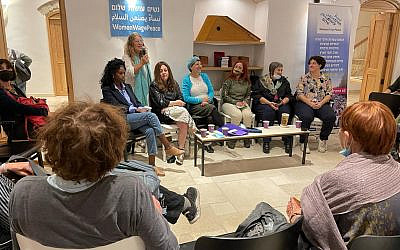 Women Wage Peace is interested in women and interested in peace. It is important to promote a diplomatic solution to our conflicts but it is equally important to recognise that we also need peace on the ground, between communities. This peace will only come about if we find ways to speak to each other and know each other, understand each other’s issues, share each other’s pain and joy, and work together with a common vision. All women want a safe, peaceful future for their children. This event brought us one step closer.