She stood there, carefully examining the onion. It was not perfect. It had flaws; a piece had been cut off presumably to discard some of its rot. It was far from an onion of choice.

Standing in the summer sunlight, she looked for more blemishes, deciding whether or not she should take this free vegetable.

The woman was older, an immigrant from China, who did not speak English. Her skin was wrinkled by age, her hands calloused by work. Her clothing and shoes revealed her poverty.

She had come to the Fresh Truck for produce, an opportunity that did not exist in her neighborhood in Charlestown, which had earned its designation as a “food desert,” an area with small stores that sell some packaged foods (often at inflated prices), but does not carry healthy fresh fruits and vegetables.

15 months ago as the pandemic stoked fear and anxiety, along with the shuttering of businesses and loss of income, those on the fringes, the poor, and the elderly were hardest hit. People were hungry.

The need was great.

My son Ari started to volunteer with Fresh Truck, an amazing local non-for-profit that fills this void with regular weekly visits to many poor neighborhoods.

Their motto is simple: “Bringing healthy food closer to communities that need it most.” I recommend them to you for monetary contributions or as a place to volunteer. Ari was my dugmah, my example, and I drove him, volunteering with him when I could throughout the summer. 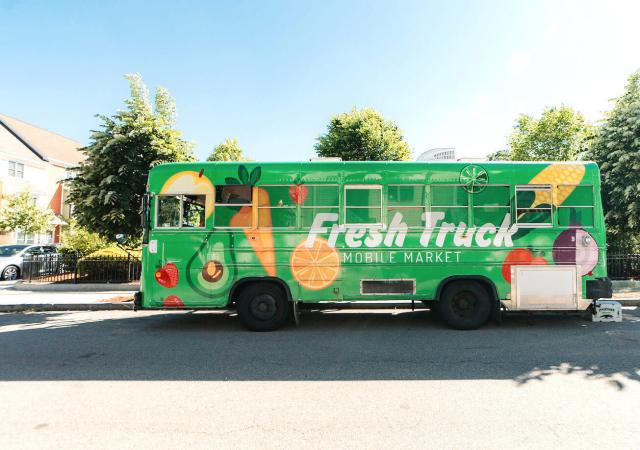 The “truck” was actually a converted bus and Ari and I along with other volunteers assembled people’s orders since due to Covid, the customers, who paid with food stamps, were not allowed aboard.

Over time, Ari and I tried to help make the distribution of food more efficient. We tried to streamline processes so folks would not have to wait in line for an hour or more.

I noticed that rotting produce was often being tossed away and started to bring it to our home for composting.

Then we realized some of this could be salvaged. I would take out my pocket knife, cut off the rotten parts of some onions and potatoes, and put them in a bin after the checkout table.

We put up a sign stating that these were free; that’s what gave the woman the opportunity to closely evaluate this onion.

This week’s Torah reading, Parashat Va-yera, opens with a simple scene: “[Abraham] was sitting at the entrance of the tent as the day grew hot – v’hu yoshiev petah-haohel k’khom hayom.”

The Torah is pointing out something unusual; if you live in a hot climate, you sit in the middle of your tent where it is cooler, not in the entrance where the sun’s rays bear down on you at noon.

Rashi explains that the reason why he did this was so that he could see if anyone was passing by and bring them into his home.

Feeding the hungry is one of the core mitzvot – central commandments – of the Torah. We can find it in the laws about leaving the corners of your fields for the poor known as Peah.

The book of Deuteronomy states explicitly that “we should not close our hands to the hungry.” (15:7) Among many of the ancient Israelite prophets who highlight this, Isaiah preaches that we are supposed to “faros la’ra’eiv lahmekha – share [our] bread with the hungry.” (58:7)

The rabbis concretize this by explaining that every community must create a public fund to feed the hungry.

There is a midrash that teaches that when you die, you will be asked, “What was your work?” 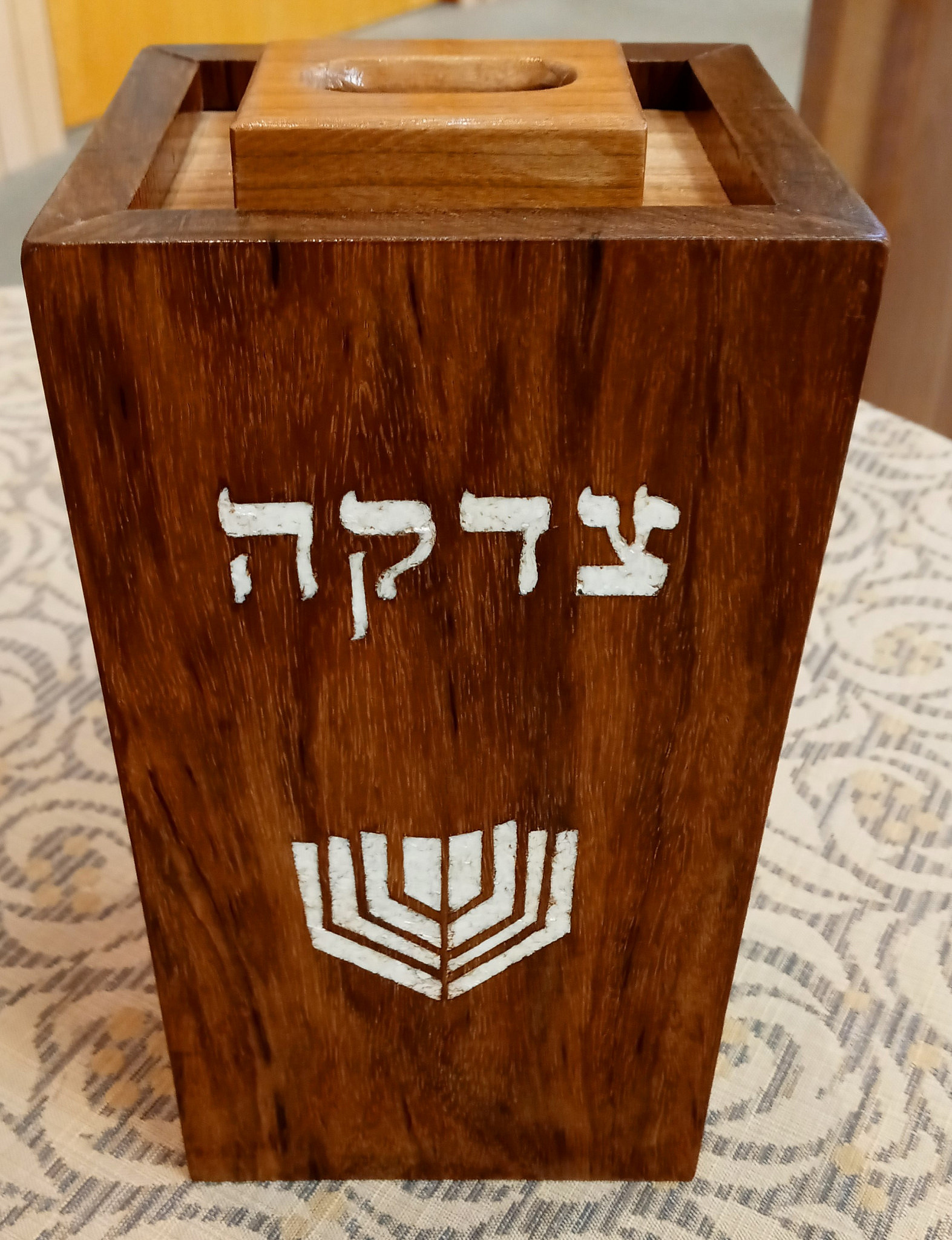 If you can reply, “I fed the hungry,” you are admitted into heaven. There was the Kuppah – the tzedakah box and the Tamhui – the soup kitchen.

These teachings are prevalent throughout Judaism and perhaps that is why this principle is so embedded in Jewish culture and philosophy.

On holidays, the mitzvah of feeding the poor gets built-in; Purim, Matanot L’aevyonim, Gifts to the Poor; on Pesah, Maot Hittim – Wheat Money so everyone can buy provisions for Passover.

Perhaps this is why there are so many Jews involved in feeding the hungry, both in our Jewish communities and beyond, locally, across the country, and around the globe.

Think of an organization like Mazon, (meaning food), that raises millions of dollars to feed people of every faith and background.

But I would like to return to Abraham sitting at the edge of his tent. There is a Hasidic commentary I would like to share. It explains that there are two types of people who need help: those who are willing to accept it and do not feel ashamed.

Even if you do not invite them in, they will seek out support.

But there is a large group of people who find it difficult to ask for what they need, and only with the greatest trepidation are they willing to come to ask for help.

It is for this group that we must wait outside or at the threshold of our tents or homes to invite them in or to provide for their needs.

That was Abraham’s model; he did not sit around waiting for someone to ask for food, but went out of his way to find them.

That is a task in which we should all be involved and it extends beyond meals to create policies that could help lessen the impact of food insecurity and childhood hunger. While this has political elements to it, the Jewish community and rabbis have come out strongly in support of governmental assistance.

I want to add another component to this as well.

The aforementioned Hasidic teaching alludes to how we greet someone. One does not necessarily need to be in need of food, we have other needs as human beings. During the pandemic, we see the pain of isolation, creating a hunger for human connection.

Adapting this Hasidic teaching, there are some who will initiate connection, but many are shy or new to the community or have drifted away.

These days not all of us feel comfortable having guests in our homes.

For many, here in shul, here at Temple Emunah is where we can welcome those who feel safe, even if they have not been in a social setting in a while or are new to the community.

Rachel Raz told me how she came to Ne’ilah services on Yom Kippur early, sat on the bench in front of the shul, greeting people as they came in. That is how we should be, creating a warm and welcoming environment.

Abraham and Sarah model two key mitzvot and two ways to welcome people by making them feel at home and by taking care of their basic needs, their need for food.

I want to return to the food truck. After spending a good amount of time with the onion, the woman took it, along with a few more items from the free pile. I could see the hunger and the need on her face. But I also wanted her to feel comfortable so I smiled with my eyes and gave her a small wave. She returned the gesture.