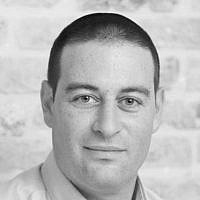 The Blogs
Avishai Ostrin
Apply for a Blog
Please note that the posts on The Blogs are contributed by third parties. The opinions, facts and any media content in them are presented solely by the authors, and neither The Times of Israel nor its partners assume any responsibility for them. Please contact us in case of abuse. In case of abuse,
Report this post. 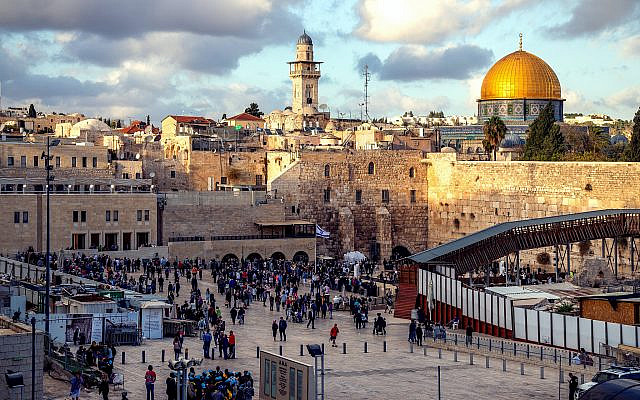 Firstly, I am a big fan of your show. I watch it every week and I usually enjoy the humor and wit, and the engaging way in which you present otherwise complicated or mundane topics.

This week, I watched you segment on the Israeli-Palestinian conflict. In this segment, you spoke about the current conflict in the middle east as a simple, black and white, issue, which doesn’t really raise any complexities or issues that are worth discussing.

“I’m not going to try to recap history here or propose a solution,” you reassured your viewers. “While some things are incredibly complex and require a great deal of context, others are just wrong”. It’s pretty simple really, you said. More than 80 Palestinian civilians have been killed, but only 7 Israelis. According to your logic, since 80 is greater than 7, Israel is in the wrong.

Let me try to explain why this situation is complex and why context, especially in this case, is key. Let’s play a game, a thought experiment.

You’re in a room with a child. You have a gun in your hand. You pull the trigger and you kill the child. You’re guilty of murder, right? Cold-blooded murder. You should be put in jail for the rest of your life.

Now, let’s add a layer. You’re in a room with the child. All of a sudden someone jumps out from behind the child and aims a gun at you. They miss. You yell at them to stop. They shoot again and miss. You tell them if they do it again, you’ll shoot them. What are you waiting for, your brain says to your hand, shoot him already! You shoot him. Then you’re in the clear, right? No one can blame you, because you acted in self-defense. (Is it a coincidence that the following segment in your program dealt with “stand your ground” laws? Perhaps…)

But wait, one more layer. Now, you’re in the room, the man comes out to shoot you, and just before he can a shield materializes in front of you and blocks the bullet. But you can’t be sure it’ll work next time, and he’s still shooting, so you follow your instinct and shoot the man anyway. Still, self-defense, right?

Same situation, but this time, right as you’re shooting, the man pulls the child in front of himself to act as his shield. And you hit the child. A terrible tragedy. But the man is still shooting at you! You MUST stop him or he’ll kill you. Meanwhile, some of the man’s own bullets hit the child from behind. He blames you. Everyone blames you. Because you have the shield. And the bigger gun. But all you’re trying to do is act in self-defense. You want to stop the man from shooting at you, at your parents, at your siblings, at your children. If he stops shooting, you will stop. But he won’t. He’s calling for your destruction and you need to think about how you’re going to act. How do you protect yourself and your loved ones while preserving the life of the child that the man is using as a human shield? A bit more complicated now, isn’t it?

There is a very well-known thought experiment in ethics and psychology called the “trolley problem”, first published in a 1976 philosophy paper by Judith Jarvis Thomson. It involves a number of ethical dilemmas and the question of whether it is better to sacrifice one person to save a larger number of people. The lesson from these thought experiments is that that ethics and morality turn out to be very sensitive to the details of the story. Or, put differently, when you’re dealing with complex ethical and moral questions facts matter, context matters.

You see, when you take things out of context and oversimplify them it distorts reality and allows you to reach the foregone conclusion you have set out to reach from the get-go. You can’t simply decide what your message is and then build the facts around it to fit to your narrative. That’s not journalism, that’s propaganda.

In your segment, you joked about having the solution to the Israeli-Palestinian conflict sealed in a thin manila envelope. The reason this joke is funny is because the Israeli-Palestinian conflict is so complex, there are so many layers to unpack, it is ridiculous to think that a small manila envelope contains the answer. It can’t be that simple. Right after that, however, you went straight on to oversimplify the issue.

As a fan, I know that the premise of your show is unpacking complex issues and presenting them in engaging and entertaining ways. You did so aptly in the following segment about “stand your ground” laws in the US and in many other complex segments in the past. Unfortunately, with the Israeli-Palestinian segment you failed, big time. You committed the “cardinal sin” of taking facts out of context and wrapping an agenda around them.

The one thing you did say in your segment that was true was that the views and actions of Hamas do not represent the people of Gaza. The people of Gaza are the victims here, the victims of their own oppressive leadership. A leadership which openly calls in its charter for the annihilation of the State of Israel (“Israel will exist and will continue to exist until Islam will obliterate it, just as it obliterated others before it”), the destruction of the Jewish people (“in face of the Jews’ usurpation of Palestine, it is compulsory that the banner of Jihad be raised”), and the outright rejection of a peaceful resolution to the conflict (“there is no solution for the Palestinian question except through Jihad”).

The people of Israel, on the other hand, have no interest in annihilating anyone. We do not want to wipe anyone off the face of the earth. We simply wish to live in peace with our neighbors, and maybe go to the park with your kids without the fear of dying from a direct rocket hit. Is that too much to ask?

About the Author
Avishai Ostrin is a dual-qualified (Israel/UK) lawyer, and he is a Senior Privacy Consultant at PrivacyTeam, Israel’s leading privacy consultants & DPOs. His practice mostly focuses on advising international Israeli companies on how to comply with privacy legislation around the world. He lives in Ra'anana with his wife, three children and dog, Brownie. He religiously attends spinning classes and is a tortured (yet optimistic) New York Jets fan.
Related Topics
Related Posts
Comments