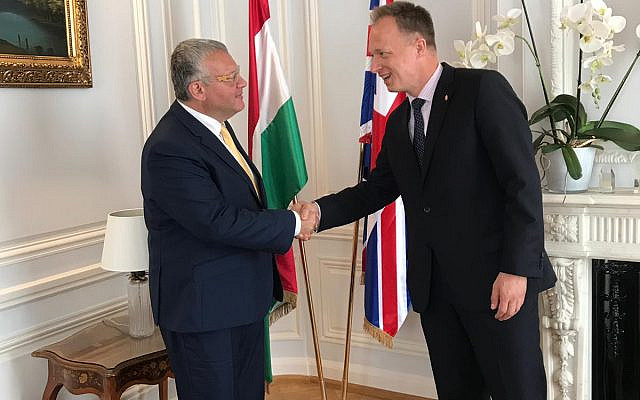 The pace of diplomatic change surrounding Israel forces the onlooking world to renew its positions, testing the genuine goodwill of those claiming they want peace.

The historic White House signing of the Abraham Accords between Israel, United Arab Emirates and Bahrain heralds a new era of peace, cooperation and of course, business.

But it does other things too. It emboldens individuals within the Arab world to talk more freely about Israel and Islam – and reassures minority Jewish communities to feel a little safer in their own country.

President Donald Trump has even speculated that five more countries are in “advanced talks” to seek normalisation or diplomatic ties with Israel.

Serbia has committed to a Jerusalem Embassy, the first European state to do so and Kosovo, a majority Muslim nation is establishing diplomatic ties with the Jewish State.

Elated supporters of the Jewish State now play Peace Bingo. “Which country will be next to declare?”

Could it be Sudan, who’s effusive spokesman was sacked hours after stating support for the UAE’s declaration? Or Morocco, the only Arab nation still with a numerous Jewish community? My bet is on Oman: while they do have a different diplomatic dynamic to Bahrain and the UAE, why not?

Of course, when sudden change is sprung, individual nations are more nimble than a clump.

They remain committed to the “two state solution” – under which Jerusalem would be the capital of both Israel and a future Palestinian state. Its own diplomatic mission is in Tel Aviv.

Now the bloc is attempting to pressurise prospective members like Serbia to align with its Middle East policy.

27 countries do not share a common position on Israel and the Palestinians at all.

“In this context any diplomatic steps that could call into question the EU’s common position on Jerusalem are a matter of serious concern and regret,” said spokesman Peter Stano.

All these advances drive economically-mature European states further into play, particularly those who support Israel.

Post-war, post-communist Hungary is among them, now full members of the EU.

It’s the inflexibility of a joint position on Israel that Hungary recoils from. While enthusiastic about the EU’s achievements from free movement to free trade, they prefer tailor-made policies for individual states with less of the Brussels power-grab.

They cling to the Florin rather than embrace the Euro. There’s no agenda booked in the calendar to join it either.

Hungary is confronting its own 20th century history to make their 21st century better: to be constructive members of the EU, to reach out to Israel and use their experiences to teach and influence.

Unlike their neighbours and fellow EU members Poland, who rather than follow Hungary’s lead are effectively trading in holocaust denial. Baroness Ruth Deech, herself the daughter of Polish Jewish survivors spoke in anger and consternation that Poland had even been allowed into the EU without making an adequate apology.

And so it was that I went to the Hungarian embassy in London to meet the newly appointed Ambassador to the United Kingdom.

His Excellency, Ferenc Kumin told me he believed that two generations along, there was now a “healthy distance” from the horrors of the “Hungarian Holocaust”, a term he used multiple times in our discussion.

What can a modern, globalised Hungary with open borders show us? How can they learn from the past?

“We feel a moral drive to strengthen our ties to Israel and the Jewish community – and when you have that moral drive, it makes it easier, you don’t hesitate”, said His Excellency.

And it was this which raised the difficulty of this assignment in my mind.

The Ambassador is cultured, sincere and knowledgeable on Jewish traditions and Israel. Before coming to London, he was Hungary’s consul general in New York, where he accrued his substantial understanding of the Chasidic Jewish communities, particularly the Satmar and Chabad.

But this raised conflicting emotions within me between peacemaking and remembrance.

I’m not going to sugar-coat this.

The Holocaust in Hungary was swift and terrible. It began towards the end of the war by which time the Nazi killing machine had reached its optimal capacity.

Starting 19 March 1944, the invading Germans led by SS officer Adolf Eichmann, arrived in Budapest to supervise the deportation of the country’s Jews to concentration camps. Between 15 May and 9 July 1944, over 434,000 Jews were deported by train mostly to Auschwitz, where they were gassed to death on arrival.

My own grandparents fled Vienna, but my great-grandparents were murdered. When I was 17, my 77-year-old grandma talked to me on cassette tape about the human toll of saying goodbye to them, knowing they wouldn’t see each other again.

Though I was born in sixties England, this rings in my ears, echoes in my family.

Hungarians and Israelis reach out to each other now. Within the EU, Hungary plays an important role as a supporter of Israel’s regional stability and strategic partnership, but as Ambassador Kumin is first to declare, a new cooperation wouldn’t be possible without confronting the past.

Hungary is going through its own culture war, as schismatic as in your country.

Ambassador Kumin can talk to me so freely and with such sensitivity, a senior representative of his country while back home, World War II admiral and statesman Miklós Horthy is being reappraised as a national hero, although the Hungarian government is not supporting any such initiatives.

Jason Greenblatt, co-author of President Donald Trump’s Peace to Prosperity plan, himself the first generation American son of Hungarian Jewish immigrants told me he seeks Hungary to influence Europe for the better.

He applauded the meeting during the Abraham Accords signings between Hungary’s Minister of Foreign Affairs and Trade Péter Szijjártó in Washington with Jared Kushner, who with Mr. Greenblatt played the key role in the development of President Trump’s peace plan.

Martin Luther King reminded us that “the arc of the moral universe is long, but it bends toward justice”.

For those who hold out the hand of peace to Israel, may this be just the start.