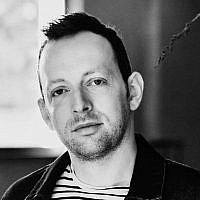 The Blogs
Ben Julius
Apply for a Blog
Please note that the posts on The Blogs are contributed by third parties. The opinions, facts and any media content in them are presented solely by the authors, and neither The Times of Israel nor its partners assume any responsibility for them. Please contact us in case of abuse. In case of abuse,
Report this post. 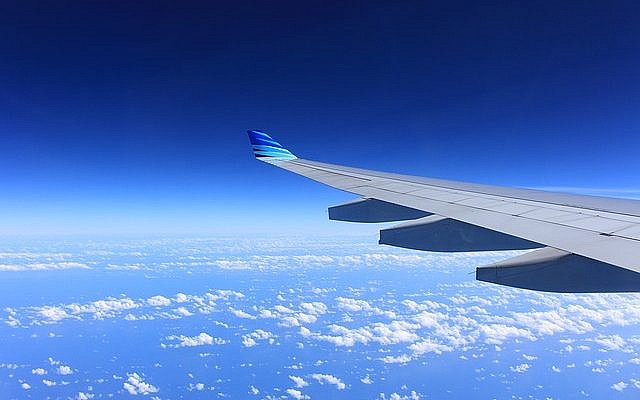 Five years have passed since the launch of The Open Skies Agreement between Israel and Europe which has transformed the way Israeli’s travel abroad and has brought millions of new visitors to the country.

In the past, traveling to and from Israel was expensive. Local aviation restrictions left you with a choice between buying a ticket on a pricey El Al airplane or opting to fly with the national carrier of the destination country. This lack of competition meant airlines had a free-ride to bump up airfares, and travelers were left with little bang for their buck.

So when the idea of an Open Skies was first floated the concept was simple. Lifting all restrictions on flights between Israel and Europe would increase competition and force airlines to reduce their prices. The consumer would be placed first, enjoying a mouth-watering list of airlines flying to and from hundreds of airports across Europe.

The result was nothing short than revolutionary and has ushered in a new era of affordable travel. According to the Ministry of Tourism, 2.4 million tourists have visited Israel so far in 2018, 46% more than the same period in 2016.

In fact, since the open skies policy was instituted, Globes reports that “the cost of flights from Israel has dropped by 18% to Western Europe, 15% to Eastern Europe, 3% to the Far East, and 14% to North America. There are now 110 foreign airlines active in Israel, and traffic has increased by 40% in passengers and 35% in international airliners. Whilst regular flights account for 89% of all flights, the activity of low-cost airlines has tripled.”

Low-cost airlines are looking to dramatically increase their market share over the coming years. They see great potential from Israeli’s who prefer doing away with the comforts of a luxury airline in search of bargain travel deals, and from Europeans looking to explore new and exotic destinations at budget prices.

With this in mind, more and more low-cost routes continue to be added. In November 2018 alone, Wizzair will launch direct flights from Austria to Eilat, Norwegian will begin routes from Helsinki and Rome to Tel Aviv and Transvania starts operations from Paris.

On top of this, the brand-new Ramon Airport is scheduled to open in Southern Israel later this year and is aimed specifically at the budget end of travel. The airport will have the capacity to handle up to 2 million passengers a year, opening Israel’s south to more and more tourists. The impact is already clear as daylight, with Eilat now booming as one of Europe’s winter getaways.

But the success story doesn’t end there, with an even greater potential for flights to get cheaper over the coming years.

When Open Skies legislation was first introduced it included a condition, made for the benefit of Israel’s domestic airlines, which prohibited foreign carriers from establishing hubs in Israel for the first five years.

As of June 2018, the five-year clause has expired, and there are already signs that low-cost airlines are looking to tap into the benefits. Both Ryanair and Wizzair have signaled that they eventually seek to create an Israel hub which would see aircraft flying to multiple European destinations and even envision creating a domestic shuttle route from Tel Aviv to Eilat.

Consumers are not only taking advantage of bargain Israel-Europe flights but are now riding this low-cost wave all the way to the United States. Since Europe has open skies agreements with both Israel and the US, Icelandic based Wow Air is able to offer low-cost flights from Tel Aviv to the USA with a stopover in Reykjavik. Prices are ridiculously low, starting at just $159 for a one-way ticket – something unimaginable just a few years ago. And Norwegian Airlines are also exploring the transatlantic potential, with a New York-Tel Aviv route starting from $230, with a connection via one of their European hubs.

As air travel continues to boom, the potential for growth could come in a number of different ways. As Europe looks to sign open skies agreements with countries in Asia and South America, budget airlines could potentially create low-cost routes from Israel to a number of faraway destinations with a stopover in Europe.

And as Britain seeks to diversify its economy with its coming departure from the European Union, it sees an importance in expanding relations with Israel, not only in terms of tourism but also with commerce, trade, technology, imports, and exports. A fall in the value of the British pound has made the UK, an already popular place for Israeli’s to visit, into a cheap and attractive destination. The positive trends are likely to be reflected in an increasing number of flights between Britain and Israel.

At the same time, the success of Open Skies could still have some losers, with Israeli airlines looking increasingly left behind by the pace and competitiveness of the incoming field. El Al has been struggling financially, posting losses this year as it tries to upgrade its aging fleet. Israel’s two other airlines, Arkia and Israir, have been unsuccessful in tapping into the new wave of European tourists visiting Israel. If a low-cost European airline were to set up a hub in Israel, it raises the question as to whether these airlines would be able to survive.