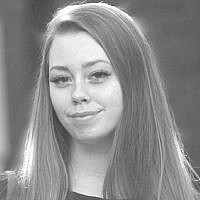 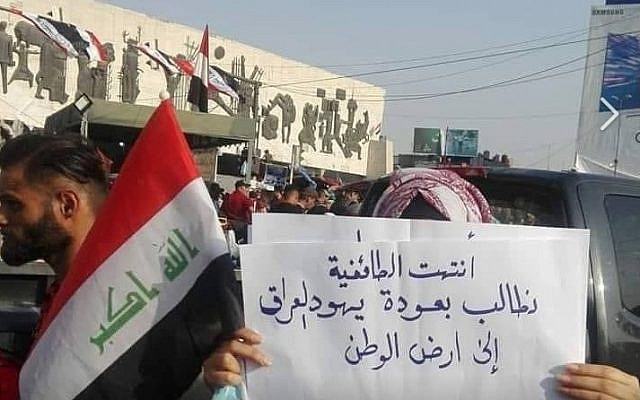 I think this has always been problematic and could even be offensive to a lot of people. The definition of a homeland is someone’s native country; where their people come from. The Arabic word “Yahoodi” comes from the Hebrew word Yehuda or Judah, the originator of one of the Twelve Tribes of Israel who established the ancient biblical Kingdom of Judah after breaking away from the rest of the Kingdom of Israel. Judah, along with the tribes of Benjamin and Simeon, survived up until the Babylonians conquered Jerusalem and took them captive. After captivity, Hebrews from the tribe of Judah made their way back to Israel and distinction between their tribes had been lost in favor of a common identity. It was then that the Hebrews became Jews, making Israel the only Jewish homeland.

As a result of being ripped out of Judea and brought to Babylon, Iraq was once home to one of the largest Jewish communities in the Middle East. But Jewish life in Iraq changed drastically after the Farhud of 1941, a pro-Nazi, anti-Jewish pogrom that left nearly 200 Jews dead and 1,000 injured.

After the war of ’48, Jewish communities in Iraq started to deteriorate further when the government passed a law criminalizing Zionism and making it punishable by death. Jews were forbidden to engage in banking or foreign currency transactions, to export or import goods, or to work any government position. By 1949 the Iraqi Zionist Underground had become well established, and despite their many arrests, were smuggling some 1,000 Iraqi Jews out of the country and into safety. Later the Iraqi government passed a temporary law which permitted Jews to leave the country and emigrate to Israel under the condition that they would give up their Iraqi citizenship. Soon after, between 120,000-130,000 Iraqi Jews were airlifted to Israel during Operation Ezra and Nehemiah.

The tiny Jewish community left in Iraq today mostly populates Baghdad. There are no functioning synagogues and what Iraqi-Jewish artifacts that weren’t being hidden by Saddam are being kept in the basement of a church, while Iraq’s Jews are only safe to worship in a small room near the American embassy.

As of now, Jewish life in Iraq doesn’t look good. It’d be better for both Iraqis and Jews if Iraq would recognize Israel as a fact of the region and move forward, together, to create a new Middle East. One where Iraqis visit Al Aqsa in Jerusalem and Jews visit Ezekial’s Tomb in al-Kifl. Or one where Iraqis tour Israel and eat Jewish-Iraqi cuisine and learn and bond with the people, and Jews do the same in cities like Baghdad or Basra. Isn’t that better than destroying Israel and sending 9 million Israelis, Jews and others, into exile and to their death? If Iraqis are protesting for their own freedom and rights, what makes Iraq any better for Jews than Israel?

Many people put on a smile and open their arms to invite the Jewish people back into their countries. But I believe this is with malicious intent. If Jews start immigrating back to the countries of Europe and Asia, little will remain in Israel. The less in Israel, the less of Israel, until there is no Israel. We also must understand that we are all countries without the knowledge to provide the quality of life for the Jewish people that they can provide for themselves, only through their own liberation and independence. The time to be hospitable towards them has passed. We’ve all failed that test. But through misfortune has come a great western democracy reestablished on the basis of freedom and rights for all citizens. Somewhere Jews are safe and thriving. Who are we to deny them of that? This is why I can not ask them to return to Poland or any other place permanently.