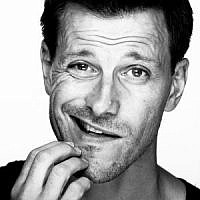 The Blogs
Amiram Eini
Apply for a Blog
Please note that the posts on The Blogs are contributed by third parties. The opinions, facts and any media content in them are presented solely by the authors, and neither The Times of Israel nor its partners assume any responsibility for them. Please contact us in case of abuse. In case of abuse,
Report this post.

Today was a bittersweet moment in Israeli sports. Or Sasson scored a wonderful, and well-deserved bronze medal in Judo. But the headlines preceding the medal were less of his accomplishments, and more about his opponent the Egyptian Islam El Shehaby refusing to bow and shake hands after their bout.

For more than twenty years I’ve been practicing martial arts. Since a lot of my time has been spent traveling I quickly realized that if I wanted to be consistent in my practice I would have to compromise on what type of Martial Arts I would train. As a result I’ve trained everything from Savate, Jeet Kun Do, Tae Kwon Do, Wing Chun Kung Fu,, Judo, Jiu Jitsu, Karate, Kick Boxing, Thai Boxing, Wrestling etc etc.

One thing I found out was that it didn’t really matter what the style of martial arts I’d practice, What matters was that the moment you train with a person you know more about him or her than some friends you’ve had for years. On the mat or in the ring you see the shadow of the person in front of you, and you know he sees your shadow as well.
This is where the strange bond forms. It is in my opinion one of the reasons for the emphasis on respect that Martial Arts is said to have throughout the world.

I cannot Judge Islam El Shehaby for refusing to shake Or Sasson’s hand. I do not know what type of repercussions he would face back home if the image of him in defeat shaking an Israeli’s hand would circulate. It might even cost him his life. But I can judge the culture of hate that put him in that situation. This is the saddest part, but it also sums up a lot of what this conflict is about.

Egypt and Israel are two countries with a formal peace agreement,
but asking the man on the street in Cairo might not give you that impression. Regardless of Israel’s shortcomings as a new nation.
The false imprint of the killer Zionist, the colonialist foreign element is so ingrained in our neighbor’s narrative after decades of the worst propaganda circulating in the Middle East that even showing that small sign of respect could possibly be fatal.

I would like to believe these things but in the end we are left with the image of Or, his name meaning light in Hebrew, looking his opponent deep in the eye, extending his hand in a gesture of respect and peace after defeating him, and Islam refusing to take the hand or meet his gaze,

I might be putting too much into this but symbolism here is too strong too be ignored and too many aspects of our stay here in the Middle East reflected in one historical moment. 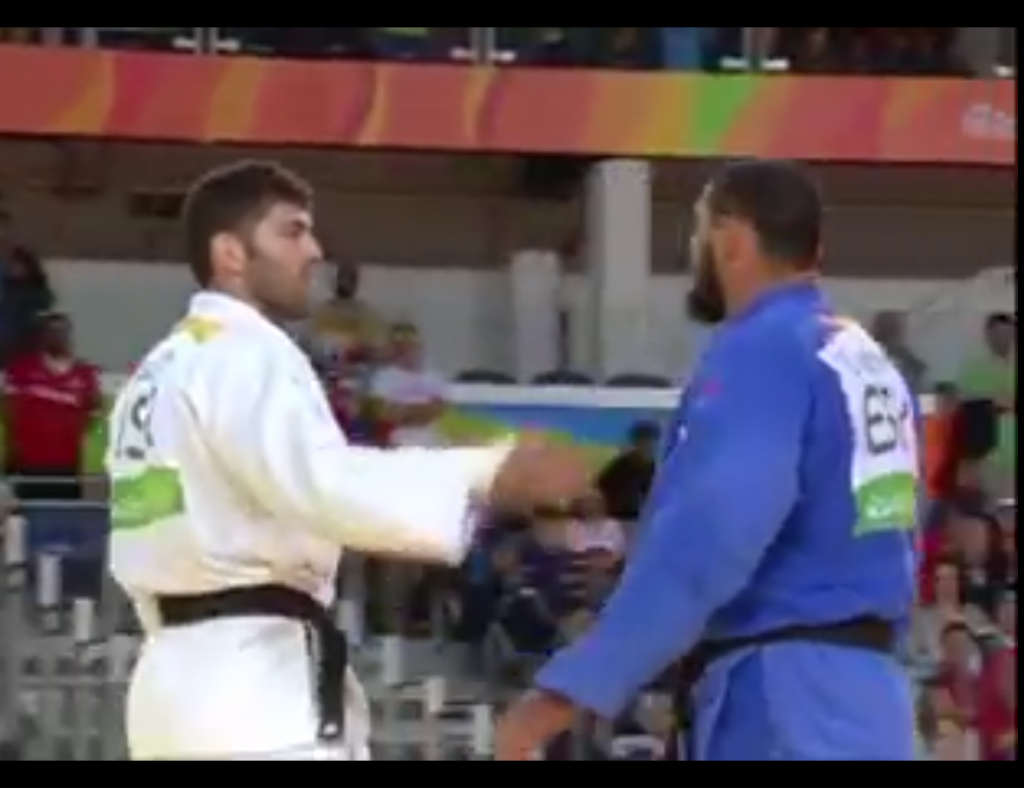 About the Author
Amiram Eini is a multimedia artist. He is featured with his music widely and is performing and exhibiting internationally.
Related Topics
Related Posts
Comments