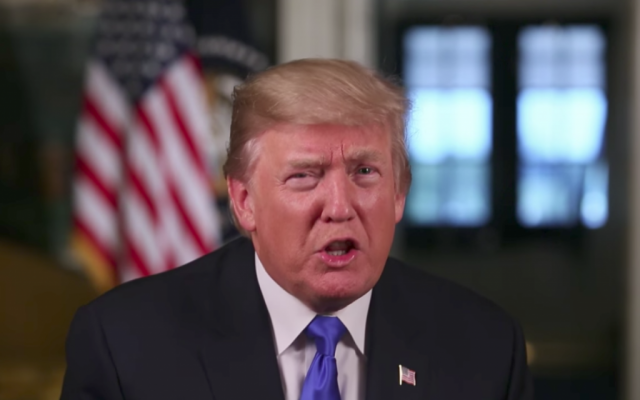 The moment and the phrase is still as evocative for me now as when it was uttered more than five decades ago. My mother pulled up the family’s recently bought Vauxhall at our local garage in Hove to fill up with petrol. The female pump attendant filled up as requested, took the cash from my mother’s hand and then proffered the change. As she handed over the money, her voice rose and she shouted: ‘Our Queen, your country.’

It was a strange event, on a nice street in a sedate town in what must have been the mid-1960s and I wasn’t quite sure what it meant. But when the incident was discussed later, over a family dinner, my late mother, scion of an Orthodox and distinguished Anglo-Jewish family which could trace its origins back several centuries, described it as a phrase used by antisemites. The implication was that the Royal family belonged to the British but the country and money was controlled by Jews.

Over the years, like every Jewish schoolboy in Britain, and throughout my life, I encountered antisemitism. There was the art master who used to rage at one of my classmates, a highly intelligent chap: “Jewish boys can’t paint.” The joke was on “old Slocombe” who seemed to have no awareness of Chagall, Kandinsky, Pissarro, Seurat, Freud and the legions of Jewish impressionists.

The “our Queen, your country” phrase, I have subsequently come to realise, is a corruption of the banner under which the British army went to war in 1914: “For God, King and Country.” As historian Michael Howard observed, the first of these authorities, if invoked at all, is likely to provoke “contention rather than unity”– the second (now the Queen) is accorded little such significance, and the third, “to die for one’s country” has lost its appeal in an inter-dependent world.

But language in provocative hands still has the power to send the same kind of shiver down the spine as that youthful encounter on the petrol forecourt. There have been two such incidents of late. The first, Donald Trump’s “go back from where you came from” aimed at the so called “Squad” – four radical Congresswomen who have changed the debate on Capitol Hill and across the globe – still rages and leaves a lasting stench.

The second comes from the ultra-civilised and British world of cricket. Triumph has been turned into politics by a discussion around the so-called “Tebbit test”. This is the preposterous idea that if your family came from overseas, even several generations ago, and you cheer for the Indian or Australian team in preference to the England, you are somehow unpatriotic and not bought into the adopted British nationality of your parents, grandparents or even further back.

The Trump intervention plainly is the more dangerous. At one of his recent campaign rallies the crowd erupted into a cry of ‘Send her back”, directed at Minnesota Congresswoman Ilhan Omar. In the Jewish community Ms Omar is not highly regarded. She had to apologise earlier this year for making comments that were viewed as antisemitic.

Even so, in a country of immigrants Trump’s invocation – aimed at four women of colour – was unacceptable. Indeed, if Trump were to be interpreted literally he would be on a plane to Scotland (if they would have him) as his mother was born and bred there.

As for the cricket test, it is plainly rubbish. My daughter-in-law Ruvani comes from a highly-educated Sri Lankan family, went to Oxford has a PhD from UCL and is British and patriotic as she could be. But she and her family cannot help themselves from cheering for Sri Lanka in much the same way as Jewish English sports enthusiasts take pride in Israeli players and visiting teams. Our ancestry, families and traditions are what we are.

But let no one doubt our loyalty to Queen and country. 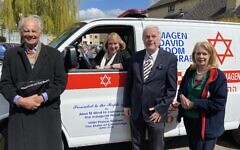