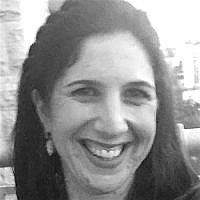 The Blogs
Yocheved Pianko Feinerman
Go with Yo
Apply for a Blog
Advertisement
Please note that the posts on The Blogs are contributed by third parties. The opinions, facts and any media content in them are presented solely by the authors, and neither The Times of Israel nor its partners assume any responsibility for them. Please contact us in case of abuse. In case of abuse,
Report this post.

Mommy, are you okay?

Are you okay? You look um…

Like a person that binge-watched several episodes of “Our Boys” in preparation for the launch of Tammy Riklis and Hagai Levi’s new book, Our Boys: The Polemics. (So far only available in Hebrew – that’s the English title Google Translate provided)

On Friday, the Facebook Algorithm Angels smiled down on me, sharing Hagai Levi’s post about a few available seats left for the book launch.

Okay – forty-eight hours to prepare. Enough time to read a dozen or so articles detailing the “polemics” and time to rewatch several episodes.

That’s the emotional state my daughter read in my face.

Mommy, are you okay?

Do you ever watch happy movies?

Why do you watch sad movies?

Is it worth feeling so depressed afterward?

Tell me your story. I often ask strangers, acquaintances, friends, and family members.

Mommy, stop. You are doing it again. (Okay. Less with family members.)

Tell me your story. I’m curious.

How does it taste?

What feelings does it arouse?

Sit. There is room at my table. Room for all of us. Enough space. We can always add a chair.

I understand what you are saying.

That sucks. That is awesome.

This is what my face revealed to my daughter.

Sadness for a mother whose sixteen-year-old son was kidnapped and brutally murdered. Frustration for a father, interrogated while fasting. The confusion of an unfamiliar language. The desire for truth. The need for justice. The clarity to see. The anguish of suppression. The intensity of voices. The choices. The options. The failure in trust. The breakdown of values. The blurring of lines. The confusion. The suffering. The dialectics. The ability to hold two truths. The inability to hold one truth.

The series, Our Boys, was ensnared in controversy from the start. The refusal to experience another’s perspective. The insistence on being right. On sides. On my way. The inability to step back from our own comfort and hear the discomfort of others.

Would you do this again? 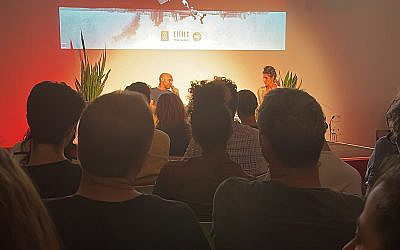 Image taken by the author

Mommy, you are smiling.

So my daughter said when I picked her up from a Bat Mitzvah on the way home from the book launch.

So, there was a happy ending to the show. Good.

No, no happy ending.

Confused, my daughter turned away, back to her phone, filled with the smiling faces of the friends she had parted from mere minutes before.

Happy to live in a world in which artists ask questions. Challenge themselves. Society. Delve into topics no one wants to touch. Battle their demons, our demons.

Dare to challenge. To be challenged.

Look at us sitting here,

Tawfik Abu Wael said to Nisreen Alyan, seated across from him. (Spoiler alert: it was you, Nisreen, I so wanted to chat up at the after-party)

In a room full of Israelis speaking Hebrew.

You have some questions for me.

Why did you do it?

Why did you agree to be the Palestinian face of Israeli production? For the money. The prestige.

Why did you do it?

The family asked me too.

Years later. Strong, favorable, international, critical and viewer response. Conversation, on both sides, provoked. Dialogue on the street, in cafes, in living rooms. Engagement on both sides.

Yes. I tell my daughter I am happy. I just returned from an event where we sat together.

Collectively, engaged with an infinite mindset.

The program, based on sections of the book, centered around dialogue. One speaker, an active participant in the production across from her, an opponent, an advocate.

That title alone – is wrong. Michael Aloni is terrible at the role. I guess you did it for the money. It’s not true. Your facts are false. How dare you. You blur facts. There is no truth. What about the occupation? Are you saying prayer is terrible? That the holy woman incited terrorism. You presented the slain teenager as a victim.

Happy to sit in a room filled with humility. With curiosity. With humor. With generosity. With compassion. With patience. With enthusiasm. With wisdom.

Next to you a dreamer.

He has told you, O man, what is good, And what the LORD requires of you: Only to do justice. And to love goodness, And to walk modestly with your God; (Micha 6:6-8)

P.S. Hagai – when can we read the book in English? In Arabic?

About the Author
Yocheved Pianko Feinerman is a filmmaker based in Reut, Israel. Yocheved is currently a full-time student at Ma’ale School of Film and Television and is set to graduate in late 2024. Pianko- Feinerman directed several short films, most notably, Hold the Ball in 2021, selected by several International Film Festivals, nominated for Best Female Director Short, and winner of Best Weird/ WTF Film in the June 2022 Cannes World Film Festival. As a kid, Yocheved enjoyed directing her four younger siblings and has been hooked ever since. Her dream is to engage audiences #herstories #ourstories. Yocheved is currently building her body of work as a writer and director with material curated (directly and indirectly) from her primary role as High Energy Mom to four spirited children, an active Labradoodle, and a wife to a very normal husband.
Related Topics
Related Posts