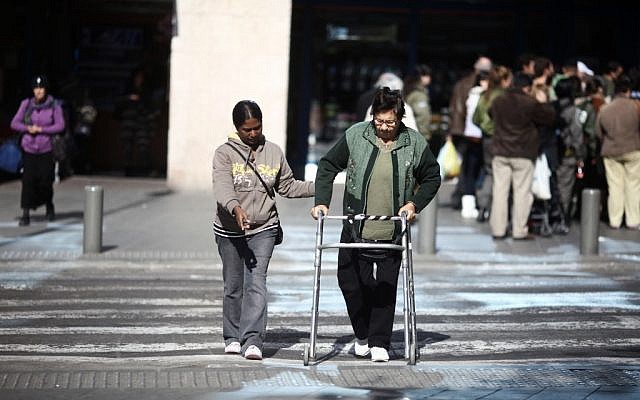 Illustrative: A carer helping an elderly Israeli to cross the street in Tel Aviv. (Kobi Gideon/Flash90) 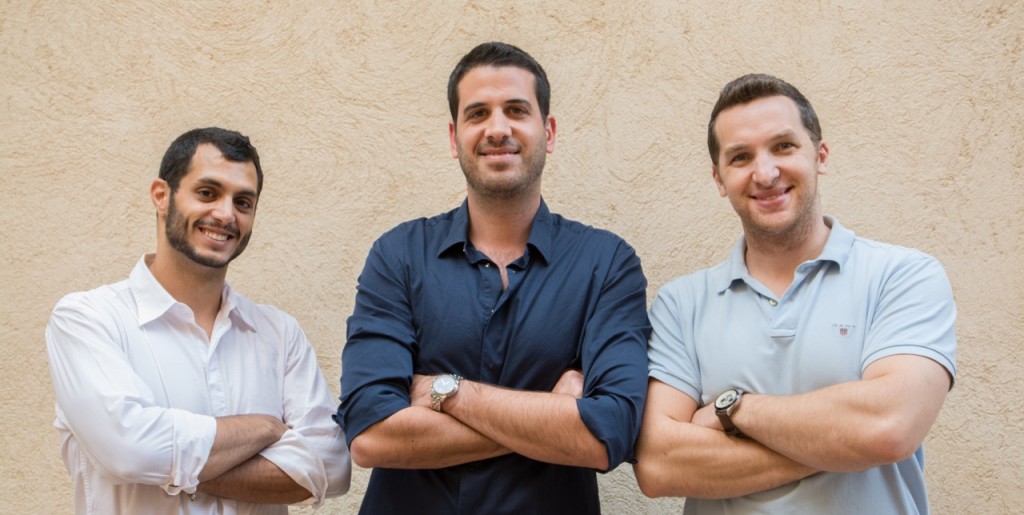 Professors at Harvard Business School, INSEAD, and other institutions have been searching for a business model that promises both social impact and financial return.

Now two IDC graduates have taken their own approach to the problem. David Saidon and Assaf Elovic, graduates in Economics and Computer Science, founded and lead Com.unity, a startup incubator for young social entrepreneurs. Despite what might sound like a lofty idea, the six week program focuses on a specific segment of society that needs ‘appgrading.’ Last year participants developed apps for Israeli charities that presented specific needs, such as finding volunteers or improving donation cycles.

This year’s entrepreneurs will build apps that assist the elderly in their day-to-day lives. ‘We didn’t have to go very far to find difficult and socioeconomic problems amongst the elderly,’ says Elovic. According to Com.unity’s research, 80% of elderly feel constant loneliness, which Elovic and team think that they can affect with innovative, easy-to-use technology. ‘When we examined the problem vis-a-vis potential technological solutions, we understood that the sky was the limit.’

Students, he maintains, are best positioned to find these solutions, because ‘they have the greatest ability to think outside the box. Their thinking is not yet shaped by the industry.’ Moreover, students want work experience. Com.unity’s program, with industry-mentors and IDC facilities, offers that. And there is funding.

Last year’s winning team, Apella, built an app that improves participation in cooperatives and won 50,000 shekels in seed money to continue development. In second place, was a group that developed an app called Go Toilet, which helps caregivers of disabled children and adults improve their toilet habits by logging times and creating individualised training programs that can be adjusted based on real time data. Elovic explains that the teams were only required to come up with a proof of concept, but seven out of the ten teams developed a beta product. ‘It was beyond our expectations.’

So was the number of applicants. Last year, Com.unity launched just before the Gaza incursion, and the board still received 40 applications, ten of which were chosen for the summer program. This year, they are expecting 80, and will again select ten teams. ‘More than ten and we lose our focus,’ says Elovic. 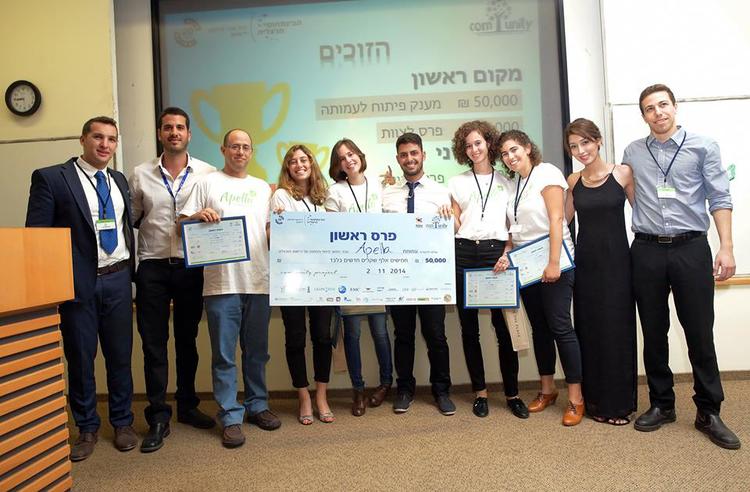 Registration, which runs throughout the month of August is open to teams with a minimum of two Computer Science students and one Designer. Law and Economics students are also encouraged to join and help developers consider the business plans that will make their apps sustainable after the completion of the program. ‘We want the teams to think not only about creating a product, but how to build a company around it.’

To that end, Com.unity is bringing in a handful of mentors from Amdocs, Check Point, and the like. ‘They are as enthusiastic as the students,’ Elovic says. He shows me a recent email from a Wix employee who wanted to know how she could ‘contribute more than a financial donation.’ Elovic often receives such emails. ‘People are unfulfilled with their jobs and want to apply their knowledge to something more meaningful,’ he suspects. ‘They want to be part of something.’ 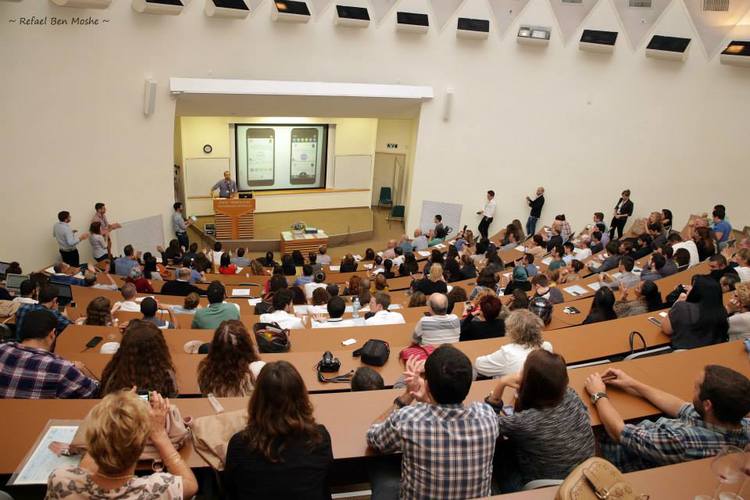 Philanthropic organisations are also evolving in kind: The Bill and Melinda Gates Foundation, The Clinton Foundation, and Mark Zuckerberg’s Internet.org are veering away from writing tax-deductible charity cheques, and instead are delivering tailored technological solutions to communities that need them most.

‘Technology can provide solutions to society’s problems.’ But, as Elovic points out, it’s underused. ‘R&D is simply not part of the budget of nonprofits. They barely have enough money to do what they set out do.’ He describes one charity that supports children with cancer. ‘They do amazing work, but their Facebook page has 300 likes and no other activity.’ Such scarce online presence is often the norm for non-profits, even though they depend on community outreach and participation.

To address this issue Com.unity is initiating a separate program in which students will volunteer to upgrade and maintain charities’ Facebook pages. They are also building an online platform which will pair volunteers with charities based on volunteers’ skills and charities’ needs. For example, a charity wanting a new web page could easily find a web designer volunteer.

The platform, which is set to release in 2016 (depending on investments), is not only aimed at students. ‘Many people want to volunteer their skills and don’t know how…We are getting emails everyday of people asking how they can get involved.’ That overwhelming response flies in the face of skeptics who told Saidon and Elovic that Com.unity is ‘a nice idea, but it will never work.’

The wider market for impact investing is potentially mammoth, and recent reports estimate at least $500 billion being invested in the next decade. Bridge Ventures, a $1 billion fund dedicated to sustainable and impact investment, has delivered 15% return by investing in the poorest parts of Britain. Sir Ronald Cohen, the Co-Founding Partner, accredits the success to ‘a change of attitudes’ in the millennial generation, a ‘pool of entrepreneurial talent that wants to go beyond the model of making money alone.’

Com.unity is a case in point.