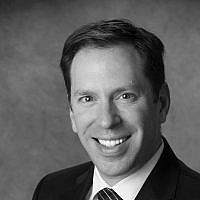 The Blogs
Michael Mostyn
Apply for a Blog
Please note that the posts on The Blogs are contributed by third parties. The opinions, facts and any media content in them are presented solely by the authors, and neither The Times of Israel nor its partners assume any responsibility for them. Please contact us in case of abuse. In case of abuse,
Report this post.

Many Jews in Canada and around the world are feeling unsafe and uneasy these days.

From every direction, there seems to be a lack of understanding and even a deliberate misrepresentation of the issues facing our community.

For Canadian Jews, this country has always been a beloved safe haven in an often hostile world — a place where we knew we could feel at home and be treated as equals. Many Canadian Jews have devoted their lives to improving Canadian society, including to efforts to help fight for the human rights of other minorities.

One can understand, then, why the past month has been so disheartening for many.

Canadians must understand the deep sense of frustration and dread felt by many Canadian Jews — a baffled feeling of disappointment that, in their moment of need, few Canadians cared about what they faced.

This cannot continue. Jews do not need your support as a “favour” in return for what they have contributed to society. Jews need your support because they are human beings — and the plight of all human being should matter in a democracy like ours, no matter what is currently politically fashionable.

When Israel and many of its Arab neighbours move towards peace in the region for the first time in decades, only to find privileged armchair philosophers and politicians in the West encouraging further divisions — that hurts Canadian Jews.

When Israel celebrates the historic inclusion of a Muslim party in its parliament’s governing coalition, only for radicals in the West to continue spreading the outrageous smear that Israel is an “apartheid state” — that hurts Canadian Jews.

When there is no similar outcry against Hamas, the Palestinian Authority, Iran, or other Middle Eastern countries for in some cases denying Jews and others basic human rights and in other cases forbidding Jews from even living there – that hurts Canadian Jews.

When Jewish activists carefully plan their solidarity rallies to strictly adhere to local COVID-19 protocols, only for radical anti-Israel activists to be willfully ignored by police and politicians as they hold mass super spreader events featuring terrorist slogans, glorification of violence, and even in some cases Nazi paraphernalia — that hurts Canadian Jews.

When students at our top universities no longer feel free attending classes wearing any openly Jewish garments or jewellery, yet instead of addressing this problem student unions put out statements attacking Israel for defending itself as the terrorist group Hamas launches missiles at Israeli towns and cities — that hurts Canadian Jews.

When Jewish leaders offer their support to our Muslim brothers and sisters after the horrific London hate crime, only to find the spreading of absurd and baseless conspiracy theories alleging that the killer was Jewish or that Israel was somehow responsible for the incident – that hurts Canadian Jews.

When our community wants to take pride in our history and in the flourishing of the state of Israel in our ancestral homeland, despite all the odds, and pride in how far its leaders have come for decades in seeking peace above all other considerations, only to be told that our perspective about our own history doesn’t count, that we are somehow in the wrong for simply wanting to exist as a nation – that hurts Canadian Jews.

When nobody bats an eye as social media platforms explode with praises of Hitler as well as insensitive, nonsensical comparisons between the Middle East’s only democracy and the evil Nazi regime, all while the remaining Holocaust survivors and their families are fighting an uphill battle to educate the public about what happened to them in Europe and how to prevent it from ever happening again – that hurts Canadian Jews.

When our community is consistently the number one target of hate crimes in Canada’s major cities, yet hardly gets any coverage of these incidents in mainstream media while biased and historically illiterate pieces attacking Israel are practically everywhere — that hurts Canadian Jews.

When a cartoonist in one of this country’s major Francophone newspapers hideously reduces Israelis to a caricature of racist thugs — that hurts Canadian Jews.

Canada is a democracy. In a democracy, what hurts one group of citizens hurts us all, and threatens the very structure that defines us.

As our country goes through this period of soul searching, and rightly tries to revaluate and grapple with some of the darker parts of our history, it is vital that we not repeat the very mistakes we are trying to correct — namely, overlooking the needs of some parts of the population while trying to provide fairness and equality for others.

Canadian Jews want to continue feeling as safe and welcome in our country as we always have. For those who believe in true justice and equality, that should never be too much for any group to ask.

About the Author
Michael is the CEO of Canada's oldest grassroots Jewish organization. He is dedicated to fighting for human rights and defending his community on all fronts.
Related Topics
Related Posts
Comments
Advertisement