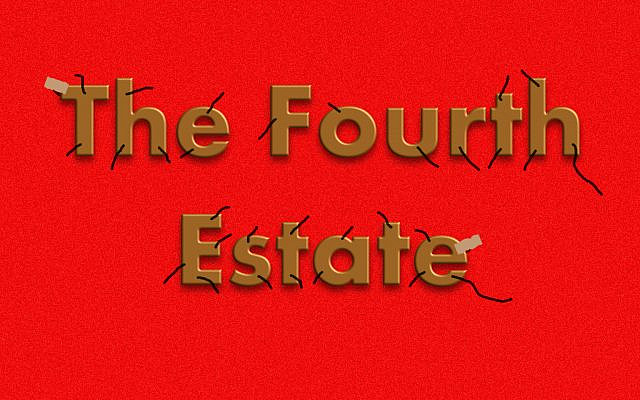 — And “Media” Is Still a Plural Word

The Pittsburgh Post-Gazette endorsed Donald Trump for President in 2020, and the Pittsburgh Jewish Chronicle (in the November 13, 2020, edition) published a story by David Rullo as to the prior and future trajectory of that sentiment in the corporate office of the Post-Gazette (P‑G), and its play with the public.  The article is available here.

This piece shows that perhaps Trump supporters and even Republicans in general were glad to see the newspaper support a Republican for President for the first time since 1972.  Variety can be good, and some folks keep track of when things are overdue.

There also were those who feel this is the next step along the path of the paper’s degradation.  (An example might be those who were annoyed by the P-G firing award-winning political cartoonist Rob Rogers and hiring in his place a sketcher of lame-excuse vague-snide-comment-making drawings with boxy writing that does nothing but stereotype all Democrats as enemy liberals.)  Some of the discontented folks had discontinued their subscriptions before, and could/would do so again.

Anyway, it was a good article, pointing up a certain irrationality behind the pro-Trump editorial, the strong public reaction to it, and the discomfort of much of the staff and management of the P-G not agreeing with what the bosses wrote.

I think, though, that we should take this line of thinking farther.  This article only scratches the surface.  The core of the problem goes far deeper.  And it is important that we pay attention to this sooner rather than later.

The P-G may stand as a microcosm of media in general.  Over the past several years they have refused to give raises to reporters, they have seemingly irrationally censored the manner and the substance of the reporting (and political cartoons), they have gotten rid of so many really good investigative reporters and so many fine editors that they are obviously increasingly relying very heavily on news feeds for their stories, and filling pages with opinion and pontificating (such as endorsing Trump for president while stating no good reason).  (Yes, I still subscribe, thinking every time I renew of those few good reporters and editors remaining, despite the increased cost.)  Yes, I am talking about a business, but this business rises to the level of a utility, like the railroad or transit or the electric company, essential to our lives.

The Post-Gazette joins many other media companies and outlets in contributing to the demise of the Fourth Estate when we absolutely need it to exist.

Without an independent press (which includes for purposes here anyone who gathers and reports news in a reliable 360-degree way so as to keep the public informed as to all that is going on), the world quickly devolves into fiefdoms of autocrats amassing power and wielding it against one another, usually to the detriment of the rest of us.  Even more sadly, these fiefdoms of power may – and do – include the news media outlets.

I do not know why the media feel they should pontificate upon matters in addition to reporting on them, but they have taken to doing that and I think it may have passed an unhealthy level.  One can guess, though, that maybe they are using their news organs as propaganda tools, as ways to influence the sentiment of the public toward increasing their own power, status, and wealth.

There are some outlets in which reporters/pontificators report on and discuss the news at the same time – think of Meet the Press or Washington Week – and there are many which offer both opinion and news in one newspaper.

The problem with this is that when an outlet becomes unilateral in its reporting, it blurs the line between opinion and fact, and the consumers of that “reporting” become one-sided as well.  It feeds into the polarization that certainly we in the United States are seeing now, and it narrows everyone’s view.

They should be reporting all sides of all issues to illustrate how their opinionators (opinionationists?) draw the conclusions that they do.  (Let me point, at this point, to the Pittsburgh Jewish Chronicle as doing a continually fine job of covering enough sides of issues to keep everyone hopping.  If only they were not limited to news of Jewish interest!)

And what of investigative reporting?  I don’t mean to disparage all the Ask Freddie Helpful folks on the local evening news who will go out and dig into why the gardener planted the wrong sort of bush in someone’s yard and triggered his allergies, and will do investigating to help set it right.  I am talking about those who dig into a story for months and then break it wide open with pure irrefutable facts.

The Post-Gazette has had such wonderful investigative reporters:  Rich Lord, Joe Smydo, Chris Potter, and so many more.  Chris Potter has gone to WESA-FM, a local NPR station, and he is still doing top-notch reporting.  NPR, by the way, also seems to be doing a decent job of reporting, as does the BBC, which my late cousin Art Glickman (z”l), an investigative reporter himself, advised was about the only news outlet one could trust more than 90% of the time.  But though the reporting is good, the breadth of what we need is too wide for them to cover it all.  The more different media in the game, especially when they are competing for the scoop, the more likely we will be to get the whole story.  Radio reports are different from newspaper reports, which are different from tv reports, which are all different from magazine stories.  What we learn about COVID from Scientific American magazine should be different from what we learn from the newspapers, and from the other media.  And along with the different kinds of reports, local stories should include fires and traffic accidents along with the local court and governmental proceedings and maybe even the arts along with the sports, while national news should bring us the national level equivalents, and none of it should ever be just a reiteration of a press release received by the newsroom.

In short, we need news media to report.  If the reporters have been around for a while, they may also expound and enlarge upon what they have learned, but the important part should remain the reporting.

The local newspapers, with major exceptions such as The New York Times, seem no longer able editorially or fiscally to cover all the local news in addition to all the national news in a fulsome enough manner to hold up the mirror for us to see ourselves as we are.  And that is just what we need the Press to be, a giant mirror into which we all gaze together, see ourselves as we are, and decide how to adjust our image before moving forward.

The state of media in general is dismal.  More media have sprung up over the past decade or so, and many resemble the public square in which, well, just anyone can stand on a soapbox and espouse anything.  (This is very much what I am doing right now, being sort of a “just anyone” myself.)

Folks are listening to lies.  Many cannot tell real reporters from the propagandists.  (Indeed, as I’ve mentioned, the lines have blurred and even many reporters cannot tell the difference.)  Even after reading whatever feeds they are paying attention to, the general public cannot tell truth from fiction.  There is no exaggeration too huge to believe.  Did you hear that Democrats are killing children and eating their blood?  Two persons were elected to Congress on that sort of theory.  (A bit too close to home for us Jews, isn’t it?)

This will be a steep hill to climb.  We will not be able to turn off the buddy-buddying of the social media feed.  News posting hasn’t completely replaced weddings and birthdays and voyages, but with fewer and fewer of those celebrations occurring during a pandemic, the news seems rather prominent.

As well, the Fourth Estate will have to overcome the sniping it has been instigating, and it is in fact the only force which can break through.  The Press must make clear delineation as to its own borders, and must hold to them.  Should the President lying be fully reported?  Live and in color?  And should the reporter state clearly that he is lying?  Or should the reporters turn off the cameras?  These questions should have already been answered before we had four years of a President making things up with the cameras rolling.

Endorsing a lying, propaganda-pushing president is the total opposite of what needs to be done.  That endorsement shows where we need to go forward:  all the media must unblur the lines between reporting and opinion, between news and propaganda, between the Press and bloggers. 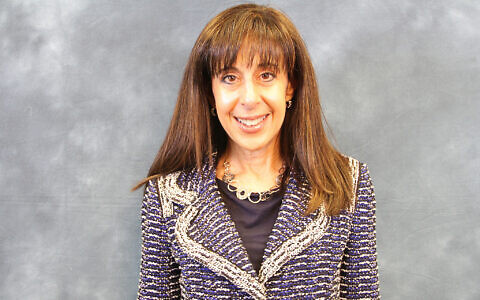 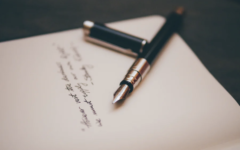 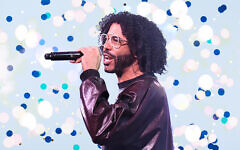 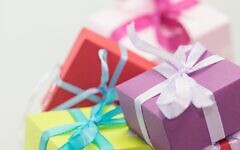 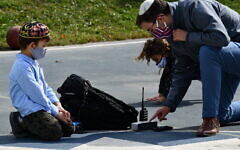 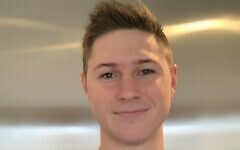 A new face at the Federation’s CRC
Justin Vellucci 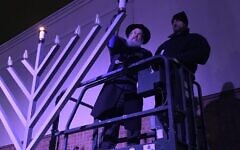 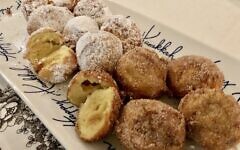 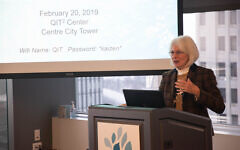 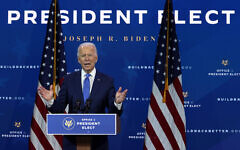 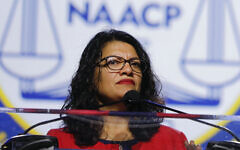 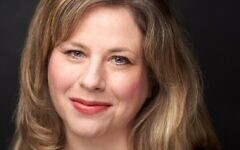 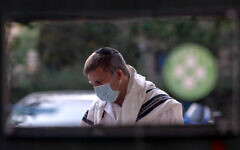 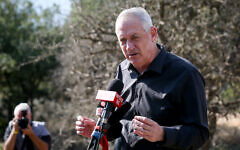 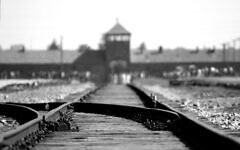 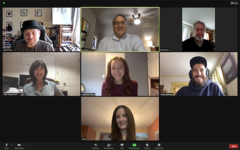