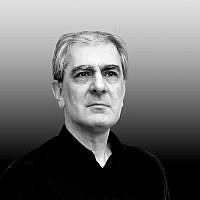 The Blogs
Stephen Silverman
Apply for a Blog
Please note that the posts on The Blogs are contributed by third parties. The opinions, facts and any media content in them are presented solely by the authors, and neither The Times of Israel nor its partners assume any responsibility for them. Please contact us in case of abuse. In case of abuse,
Report this post. 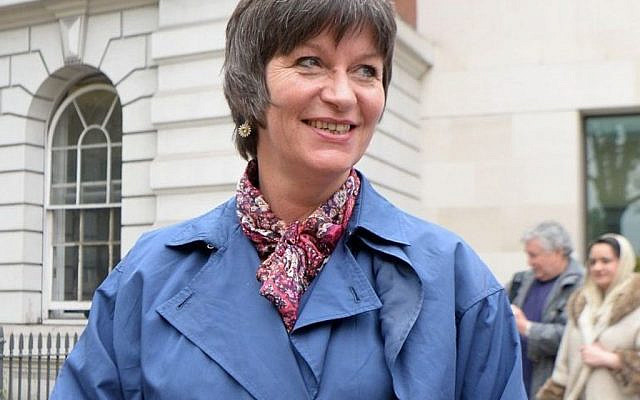 Alison Chabloz first came to our attention in 2015 as an unremarkable musician with a remarkable compulsion to promote Holocaust-denial. One of the most virulent antisemites to have appeared on the Campaign Against Antisemitism’s radar, this self-professed “patriot” routinely wonders aloud whether the wrong side won World War II, believes Nazi Germany has been falsely vilified, and enthusiastically shares videos that exonerate Hitler.

Over time, her behaviour became increasingly extreme. She made prolific use of Twitter to bait and harass Jews. She trolled the Auschwitz Museum during the run-up to Holocaust Memorial Day. She asked a prominent American rabbi “When are Jews going to apologise for the ritual murder of Christian children?” She accused Jews of behaving in a manner that will bring about another Holocaust.

We reported Chabloz to the police at the end of 2015, but for a surreal period of time, she succeeded in persuading the police to treat her as a victim, on the basis that the reaction on Twitter to her constant outpouring of antisemitic hatred constituted harassment.

In the summer of 2016, Chabloz uploaded to YouTube a home-made video in which she performed one of her own songs. The content was so appalling that even hardened researchers who had spent years combating antisemitism were shaken. We decided enough was enough. We assembled an expert pro bono legal team led by renowned QC Jonathan Goldberg, and began a private prosecution charging Chabloz with three offences under the Communications Act.

The CPS eventually took over and continued the prosecution and in the summer of 2018, in a landmark ruling, Chabloz was convicted on all three counts, but she was spared prison.

By now, two things about Chabloz had become clear. First, she considered promoting Holocaust denial to be her life’s work. Second, being incapable of distinguishing between fame and infamy, she reveled in the attention that had come her way. It was therefore unlikely she would stop offending, so we continued to monitor her incitement and compile evidence.

Dedicated CAA volunteers spent countless hours watching video and listening to audio gathered from extremist hangouts on the internet. The material, all of it hateful and distressing, had to be meticulously analysed to create a sufficiently compelling dossier of evidence. It was a lengthy and laborious task, but getting the right outcome is a marathon, not a sprint.

Ultimately, it was two interviews given online to vehemently antisemitic extremist podcasts that proved to be the catalyst for her arrest and second conviction – this time leading to prison. Thanks to more forensic work carried out by CAA volunteers, one of those podcast hosts is also now separately awaiting trial, charged with inciting racial hatred.

Alison Chabloz, a vicious antisemite who is committed to the task of persuading others to share her hateful views about Jewish people is now behind bars. Inevitably, some will ask questions about freedom of expression, but the rights enshrined in Article 10 of the European Convention of Human Rights do not extend to those spreading racist hatred. Chabloz was not only convicted because she says the Holocaust is a fairytale, but due to her relentless campaign to convince people that Jews are liars and thieves who wickedly invented a fake genocide in order to enrich themselves at the expense of others. Her narrative is designed to nurture a loathing of Jewish people in anybody who is susceptible to believing it.

The courts have rightly decided such hatred cannot be tolerated in our open and inclusive society and, with this latest verdict and sentence, sent a clear message to others who might feel inclined to emulate her. For that, everybody who cares about real British values has reason to be thankful. Meanwhile at CAA, we continue our work to defend the Jewish community.

About the Author
Stephen Silverman is Director of Investigations and Enforcement at the Campaign Against Antisemitism.
Related Topics
Related Posts
Comments