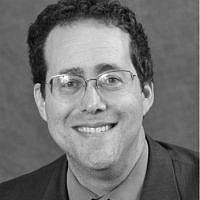 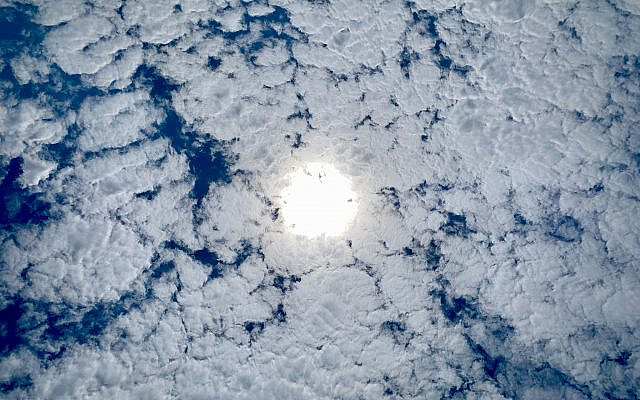 Santa Monica skies: "The heavens testify to Your greatness."

At the outset, I must confess that I have no desire to persuade others to believe in God the way I do or for the reasons I do. I offer only my own perceptions of God. In addition, I cannot adhere exclusively to any single theological or scholarly approach to religion. To reduce God to one philosophical system of expression is to miss the full extent of God’s majesty.

This reduction is no less belittling to God than is the attempt to claim that God’s complete revelation can be contained in mere words. Precisely because God is God, our understanding of God’s will is always partial. We experience God on many levels. People are complex, and any theology which ignores that multifacetedness cannot do justice to its subject.

For me, there are numerous ways to ascertain the existence of God.

To ground morality in a system which does not collapse is to place moral authority beyond human judgment. Therefore, God is the source of morality. We may understand God’s moral imperative imperfectly, but that does not make the imperative or its source any less real. God
has planted in each person a moral force, akin to the drive for food, sleep and sex, which can be denied, perverted, or rationalized.

It might be argued that moral treatment of people is derived from human equality. Such an assertion cannot be demonstrated exclusively through reason, and it must be treated as a dogma of faith. People are not equal unless they have something perfect with which to compare themselves. There must be an outside point of reference, whose nature is so radically different, that, by comparison, all people are essentially equal. It is through God the outside point of reference that the moral argument that all people are equal gains force.

Many of my experiences and perceptions point to God’s reality, love, and involvement. The very ability to perceive my blessings is itself another pointer to God. Everyday miracles maintain and nurture my relationship with God.

Consider a human body: one minute alive, able to laugh or cry, and the next second, lifeless. Our ability to maintain our own health, to reproduce, to impose our will on the environment, is God-like. This miracle affirms the existence of God, as does the continuing vitality of the Jewish people. History knows of no other people separated from their land, lacking power to govern themselves, who nonetheless retained a strong and continuous identity. Not a day goes by without the descendants of ancient Israel strengthening that unbroken identity.

We know we are Jews and we care about it. Jewish creativity continues unabated. That Jewish creativity began when we viewed our role as being God’s people. We are not unique in our art, architecture, or music. We are unique only in or spirituality, and I link this uniqueness with our ability to survive. Our people’s very existence testifies to God’s concern and involvement in the world.

Ultimately, I am directed to God by the written word and the behavioral response to those writings of the Jewish people. Our sacred writings reveal a power to bind a community around eternal values. Consider, for example, the unprecedented insight of the Torah. In every other ancient culture, crimes against property resulted in execution, whereas crimes against people could be “repaid” by inflicting the same cruelty on the perpetrator. Rather than accepting the general practice, the Torah consistently affirms that no property crime merits capital punishment.

Furthermore, ancient law codes maintained different penalties based on the social caste of the victim. The more elevated one’s social status, the more heinous the crime was considered. Not so for the Torah. Building upon its insistence that all people are created b’tzelem Elohim (in God’s image), the laws of the Torah affirmed the infinite worth of each human being.

In a world of common sense, the Torah demonstrates insights which are anything but common. The Torah, which whispers the insights of God, insists that ritual and ethics must remain inseparable for the transmission of sacred values, caring community, and meaningful living. The mitzvot, God’s sacred deeds, structure the life of the Jew and form the lifeblood of Jewish values, continuity, and belonging, and point back to their source, God.