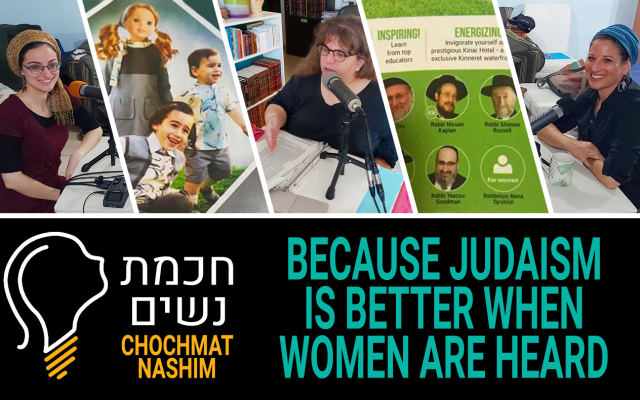 When a house is on fire, do we say, “It’s just in the kitchen, I’m sure it will stop there”?

When a house is on fire, do we say, “It’s in the girl’s bedroom, she said she likes fire”?

When a house is on fire, do we say, “Someone else will deal with it. It’s someone else’s house”?

Some fires come from without, and there is nothing we can do to predict or prevent them. Anti-Semitism and tragedy are not ours to solve; we can only do our best to mitigate and to cope, to be there for those directly affected.

But other fires burn from within. When we are negligent, or “pooh-pooh” the signs of smoke, we are responsible for damage that ensues.

Ladies and gentleman, OUR HOUSE IS ON FIRE

Over the past few weeks, I traveled through eight communities in the United States from LA to Chicago to NY. I spoke with hundreds of women and men. The overwhelming sentiment I heard was, “our house is on fire… and leadership is letting it burn.”

The pain was palpable. Story after story of concern for the community that they love, that has, quite frankly, gone off the extremist rails. 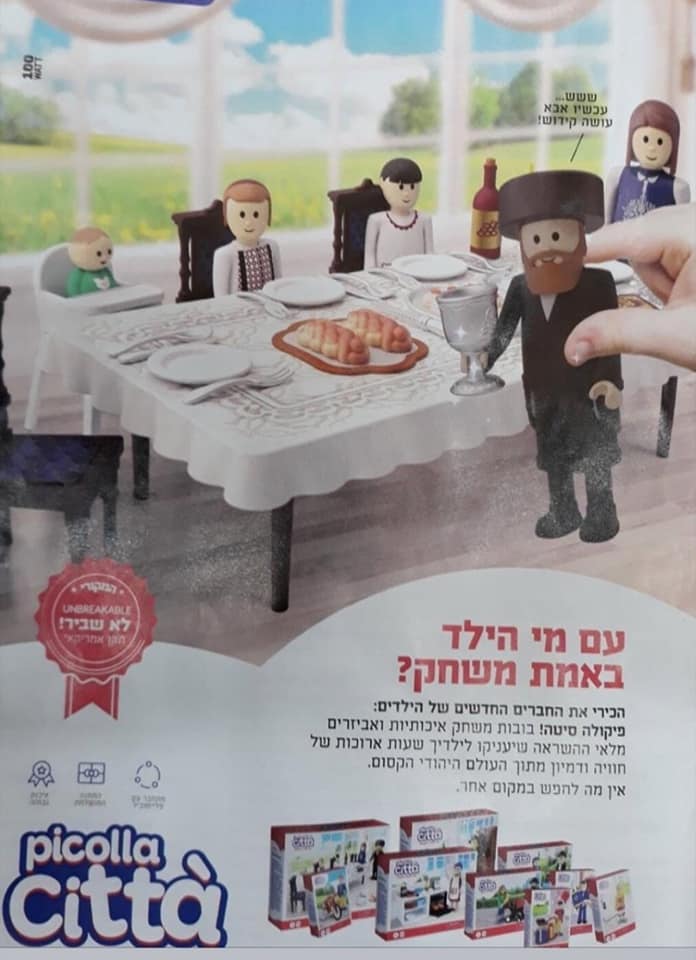 Half of its members, in the form of women’s images, are being erased. Women by the thousands are objecting, and their concerns are either laughed off, dismissed as a feminist agenda, or pushed aside while extolling gederim (fences or additional restrictions placed around commandments to safeguard against violation) and respect. 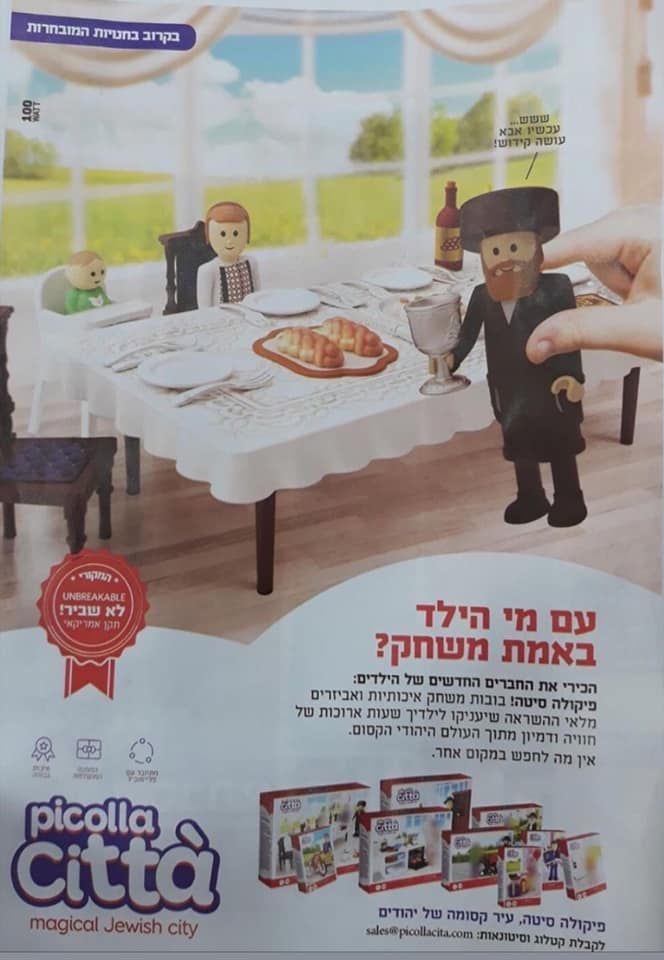 Same advertisement- without the mother and daughter, in HaModiah Israel.

Some claim it doesn’t affect us, that it is none of our business. They ask, “Would we want the leadership of other communities to come and tell us how to live our lives?” But it does, and they do. The phenomenon of erasing women’s images and even our names, has crept into our papers, our simcha sites, and our religious institutions, taking over what we as a community might want.

The Jewish people is compared to parts of a whole body. Can the left hand not care when the right lies bleeding? Can the heart not worry when the liver is diseased? Can the body advance when the legs are hobbled?

Moreover, we already know there are real life consequences to the two dimensional erasure.

Financial rights of women are crushed when women can’t make a living — parnassah! –because they cannot advertise appropriately.

Health rights of women are stolen when they don’t know the risks of the dangers to their health.

Mental health is suffocated when girls are told their bodies are too shameful to be seen in any image and that they are simply sexual objects that are dangerous to men.

Religious rights of women are lost when a culture of silence trains them not to advocate for themselves.

The beauty of the Jewish family is made perverse when the thought of mothers and daughters are deemed pornographic.

The entire balance put into the world is destroyed and we say “live and let live”?”

This is not live and let live. When 50% of the people who live under the policies have no hope of influencing them, it is live and let the few rule over the voiceless.

Are there women who don’t want their picture shown? Of course. But that is their choice.  And every woman should have that choice. We cannot remove that choice from every woman and girl current and future.

When you are close to the flames, the urgent need to extinguish them is overwhelming. All it should take is a bucket of water — or some prolonged spraying from a fire hose. But the first order of business is, necessarily, raising the alarm.

Thank God, many have heard us and have begun speaking out, understanding that the health of the community is in jeopardy. They spread the word, speak to their communal leaders and ensure that their local institutions are aware of the insidiousness of erasing women.

Watch, as the people in this video, medical professionals, rabbis, activists, and educators discuss the damage caused to the Jewish community when women are erased.

Can anyone who hears them honestly say this is an issue of live and let live?

Now that the alarm is blaring, and the community is growing in its awareness of the smoldering fire in their midst, we need to douse the flames to prevent them from spreading.

By providing information, resources and actions for the community to take, The organization I co-founded, Chochmat Nashim, is dedicated to providing information, resources, and guidance for actions the community must take to put out this fire. We are committed to giving women a voice in the Orthodox world, and to putting images of women back in the places from which they have been excised. We campaign for women’s health, including in the sectors of Orthodox society where hypermodesty has made the necessary public education near impossible. 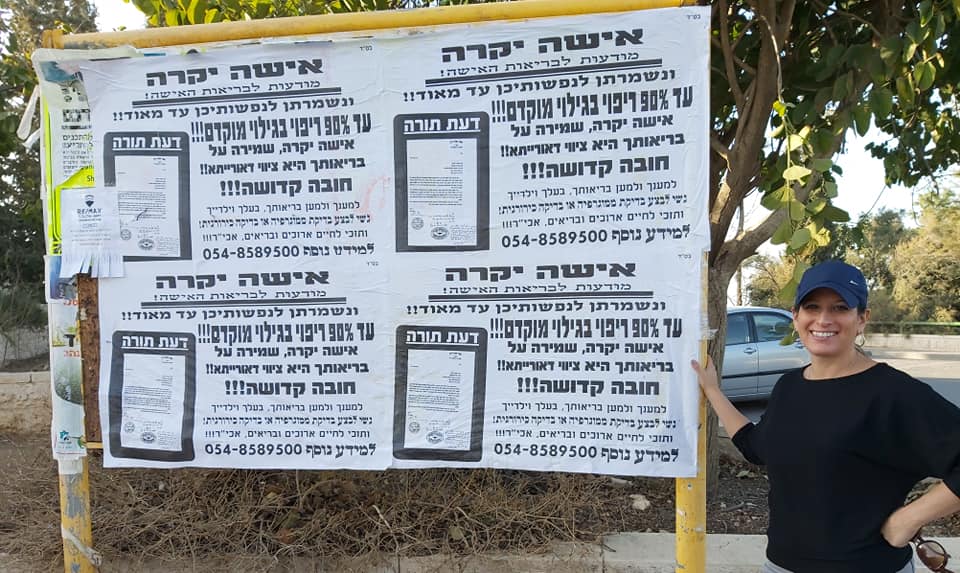 Please, join us in making our community healthy again, to acknowledge that this trend of erasing women is damaging and un-Jewish. Stand with our call for courageous leadership willing to acknowledge that this is wrong , that it is time to bring back the tzelem Elokim and kavod habriut — the dignity and respect — we seem to have lost along the way.

Our fundraiser runs through the end of the week.

Our house is burning from within. Come, let us save it.