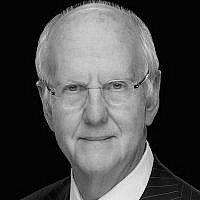 The Blogs
David Kuney
Advocate for bankruptcy justice and Jewish values
Apply for a Blog
Please note that the posts on The Blogs are contributed by third parties. The opinions, facts and any media content in them are presented solely by the authors, and neither The Times of Israel nor its partners assume any responsibility for them. Please contact us in case of abuse. In case of abuse,
Report this post. 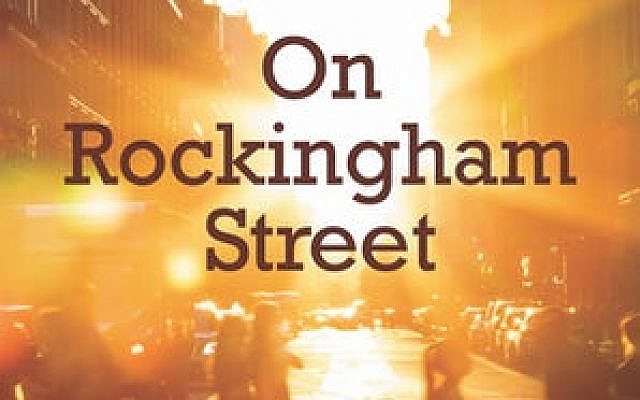 One key test of a civilization is how deeply it feels about its future, both its known and still unknown grandchildren. This ability to care for those who may never know us must truly be the mark of the exalted personality; the person who has some chance of altering history for the best.  It is with this in mind, that the recent 2020 PEW Research Center report, “Jewish Americans in 2020” should be read, studied, and understood for what it may mean, as well as for what it does not mean.

The PEW Report deals both with the current state of American Jewry, and the future implications of some of the falloff in Jewish affiliation and intermarriage. The 2020 survey included a new question aimed at helping to assess the importance of Jewish Americans passing along their Jewish identity. Perhaps one of the more surprising responses was this: “[Only] six-in-ten Jews say it would be very important (34%) or somewhat important (28%) for their grandchildren to be Jewish.” (PEW, 41.) Roughly one-third of U.S. Jews say it is very important that their grandchildren be Jewish (34%).” (PEW, 103.)

That only a third believe it is “very important” that their grandchildren be Jewish is extremely significant. That 28% of U.S. Jews feel it is “somewhat important” is too vague and does not show a significant concern for the future. I believe the PEW Report must be read to mean that only one third of today’s U.S. Jews feel it is important that their grandchildren be Jewish. Isn’t this a serious warning that there is a loss of concern about Jewish continuity and survival?

I was reminded of the PEW Report again and how it plays out in our everyday contact and conversation among Jewish families. In a recent visit to the Philadelphia area to see our grandson, and son and daughter-in-law, we took a quiet walk on a late spring evening around the charm filled neighborhoods of older houses, large trees and modest cars parked in driveways. A neighborhood of liberals and many progressive Jews. We came upon some old friends of our daughter-in-law; they came outside to greet us. One of them remarked that their own daughter had recently missed the first night of the Passover Seder because of soccer practice.  But she said, “you know, first things first.”

That of course is the answer one might expect. It is the understandable view of the assimilated Jew. I couldn’t help but wonder what really are the “first things” in the life of Jews. That is the question that lies beneath the PEW Report. The answer is also in the PEW Report. It appears that many Jews put other things first and well before their sense of being Jewish. “Three-quarters of U.S. Jews say they derive a great deal of meaning from spending time with their family (74%), and six-in-ten find a great deal of fulfillment in spending time with friends (61%). Arts and Literature (55%), spending time outdoors (51%), spending time with pets (43%) and jobs (38%) also are common sources of meaning and fulfillment. Among Jews, religious faith is by far the least common source of meaning of all the options presented by the survey; just one-in-five U.S. Jews say they get a great deal of meaning and fulfilment from their religion.” (PEW, 68). Is it surprising that spending time with pet dogs may be more gratifying to many than the meaning they receive from religion?

Along the same lines, the PEW Report noted a loss of interest in religion in general. “In general, Jews are far less religious than American adults as a whole. . . . For example, one-in-five Jews (21%) say religion is very important in their lives, compared with 41% of U.S. adults overall. And 12% of Jewish Americans say they attend religious services.” (PEW, 22.)

What is the missing link that makes the modern Jew less interested in Judaism? Why is Judaism not a vibrant and ever-present aspect of our modern consciousness? One well known educator, Barry Shrage suggests that the missing ingredient is the lack of Jewish education and literacy. “Establishing universal Jewish literacy as a communal norm … must be our highest priority. . . . We must. . . create a Jewish world that places the same value on understanding the basic works of Maimonides as on understanding the basic works of Shakespeare.” Barry Shrage, Building a Community of Torah and Tzedek: A New Paradigm for the Jewish Community of the 21st century. Boston: Combined Jewish Philanthropies, 1996.

It seems unlikely we will ever achieve the goal that Shrage urges, although I share his belief in large measure. Whether we are ready to confront this, or not, it may simply be that Jewish Day Schools need to be more the norm and not the exception. In a recent interview of Rabbi Daniel Nevins, head of the Jewish Theological Seminary, Rabbi Nevins stated that he initially thought he would remain at the Manhattan school, the flagship institution of the Conservative movement, for the rest of his career — until the coronavirus pandemic. “Day schools were lifted up in my mind as the place where the most important Jewish identity formation was happening.”

It is unlikely that we are going to escape assimilation. Soccer and the other attractions of our everyday world will continue to dominate our conduct. There are even plausible arguments that us Jews who live in diaspora have a sacred mission that requires that we become active participants in our society and not separate ourselves from the customs and conduct of our neighborhood and country. One might argue there is a duty to assimilate. When the Jews were exiled in 597 BCE to Babylonia, they were confronted with the same kind of question. Do they inter-marry and have children while in exile in Babylonia? Should Jews embrace their secular world? The famous Jewish prophet, Jeremiah urged them to embrace Babylonia.  He urged them to pray for the city to which they had been sent. He told them to plant gardens, to give your daughters in marriage. His classic message was this: in its welfare you will find your welfare.

Yet, I believe there may be an “intervention” that can make a difference, even if small. The change of course must be in Jewish education, and that change has to include the adult population. Our Jewish education for the post bar mitzvah Jew needs to continue and at a deeper level. Opportunities for adult education must be a critical aspect of the modern synagogue, regardless of which branch of Judaism.

When it comes to the immersive study of Jewish text, and its impact on those who find Judaism essential, and for whom continuity is key, we should at least ask this: does Orthodox Judaism have something to teach us, even if many of us are not interested in adopting many of the strict observances of the Orthodox? Unlike the other branches of Judaism, the Orthodox are holding their own and growing. Interest in Judaism remains high. “One way to illustrate the divergence between Jews at opposite ends of the religious spectrum is to widen the lens and look at religion in the United States more broadly. Orthodox Jews are among the most highly religious groups in U.S. society in terms of the share who say religion is very important in their lives (86%)—along with Black Protestants (78%) and White evangelicals (76%). Jews of no religion are among the country’s least religious subgroups—even more inclined than unaffiliated U.S. adults (sometimes called “nones”) to say that religion is “not too important” or “not at all important to them (91% vs. 82%).” (Pew, 16.)

Part of the genius of Judaism lies within its canonical texts. The wisdom, however, requires study and teaching, discipline, and persistence. I have not done the data collection, as did PEW, but I believe that the study of our basic texts, our Torah, is what made Judaism a unique voice around the world for justice, for charity and for democracy—and even for the rule of law. Judaism teaches a sense of responsibility for the world, tikun alum, and a sense of urgency to care for the still unborn grandchildren. It is sad when “first things first” does not include this beautiful heritage that might well keep us centered and directed during this pandemic period of political and environmental upheavals.