When the editor of the Jewish Standard first asked me if I’d like to write regularly, I asked, “About what?” and she responded, “Whatever you like.” And that’s what I’ve been doing for almost four and a half years. What I don’t like, however, and will therefore not be writing about in this column is: the coronavirus; social distancing; wearing masks (or not); reopening communal prayer (or not); COVID-19; Zoom funerals, shiva, and brittim; not hugging grandchildren; drive-by lechaims; and all the other new and difficult turns that our daily lives have taken over these past few months
.
I will almost certainly return to some of these important issues in the future. But for now, a break.

The most serious voter I ever knew was my maternal grandmother. She was a mature woman with four children when she came to the United States from Hungary (or Czechoslovakia, or Romania, or Ukraine — the country of her shtetl, Soilush, changed depending on shifting national boundaries), not speaking the language and having little family here or knowledge of American life. But she made a strong effort to learn English and became a naturalized citizen and a voracious reader.
And she never failed to vote. 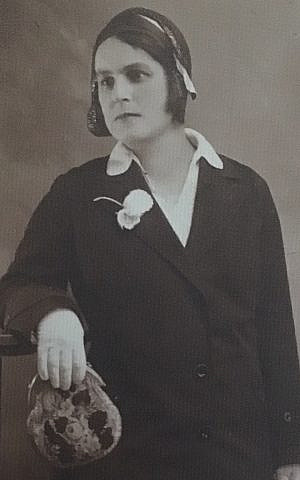 In her later years, when she lived near my parents in Far Rockaway and it was difficult for her to go to the polls alone, she would ask my mother to drive her. And I remember hearing my mother say more than once, “But it’s raining, and it’s only a primary.” That didn’t matter to Bobbe (“o” as in pot). No one, and certainly not a bit of rain, was depriving her of that precious right. So my mother and grandmother, umbrellas and raincoats dripping, voted.

The right to vote. All agree, I hope, about its importance, and all therefore should be appalled that it is being threatened today not by baseless claims of voting fraud but by voter suppression — the attempt to keep those who are entitled to vote from exercising that franchise. This attack is not as overt as the century-long history of voting discrimination that had been directed, often violently, against African Americans. Rather, it’s more subtle, more devious, and more disingenuous, though no less malicious than its predecessor. And it comes from only one side of the political spectrum.

But first, let’s talk about the right. Interestingly, a straightforward, clear statement that every American citizen has the right to vote can’t be found in the Constitution. There are prohibitions against denying the right to vote on the basis of race (the Fifteenth Amendment, which was ignored for a century) and gender (the Nineteenth, which should have at least been included in the Fifteenth), and a later one against poll taxes (the Twenty Fourth, too little and very too late). But there’s no affirmative statement granting the right to vote.

For that, we must turn to the Supreme Court, and other courts, which have reiterated that Article 1, Section 2 of the Constitution “gives persons qualified to vote a constitutional right to vote and to have their votes counted,” that “the right to vote [can]not be denied outright,” that “no right is more precious in a free country than that of having a voice in the election of those who make the laws under which, as good citizens, we must live,” and that “other rights, even the most basic, are illusory if the right to vote is undermined.” (One of the benefits of writing a column and not a legal brief is that I’m not required to follow this paragraph with four lines of detailed Blue Book citations. I still know how to do it but I don’t have to. So I won’t.)

In the midst of the civil rights era, Congress finally came to grips with the issue of voting and passed the Voting Rights Act of 1965, which put enforcement teeth behind the right to vote.

More recently though, those teeth started falling out.

Most critically, in Shelby v. Holder, one of the worst civil rights decisions since the infamous 1896 “separate but equal” case of Plessy v. Ferguson, the Supreme Court struck down the central enforcement section of the VRA as renewed by Congress in 2006, making it almost meaningless, and essentially giving Southern states carte blanche to change voting rules and regulations, without oversight, to the detriment of minorities and the poor. The allegedly conservative, non-activist Supreme Court majority’s (hah!) reaction to numerous hearings and a 15,000-page record compiled by Congress demonstrating why it was renewing the law? Not relevant. Detailed findings of fact and evidence of continuing discrimination? Who cares? The fact that the extension passed 390 to 33 in the House and unanimously in the Senate (which fact Justice Scalia shamefully called “the perpetuation of racial entitlement . . . [which] is very difficult to get out of . . . through the normal political processes”)? Yawn.

Voter ID laws, which unfortunately were upheld by the Supreme Court, are another serious problem. Indeed, Judge Richard Posner, a conservative icon who wrote the Court of Appeals decision affirming such laws, has since said that he got it wrong, and that the photo-ID requirement is “now widely regarded as a means of voter suppression rather than of fraud prevention.” Indeed, if voting fraud were really a problem, we would have seen many fraud cases being brought by Republican DA’s and US Attorneys. But there’s nothing more than the odd case or two (sometimes by Republicans) because there’s no seriously measurable fraud, only significant suppression. (I’ve actually looked carefully at the details of some of the ID laws, and their focused nature against minorities and the poor was clear.)

Posner was not alone in his regret. Justice John Paul Stevens, a liberal icon who wrote the Supreme Court lead opinion in the voter ID case, called it an “unfortunate decision,” which was based on a technical appellate question that ignored the reality that Posner later referred to.

Unfortunately, this wasn’t the last time the Supreme Court used a technical issue to uphold barriers to voting. Just recently, the Court did so again, refusing to allow Wisconsin to extend the time to receive absentee ballots because of the covid-19 crisis. (Oops; can’t get away from it, even when I try.) The unsigned decision suggested that an election during the current crisis is not “substantially different” from “an ordinary election” (an attitude Justice Ruth Bader Ginsburg rightfully said “boggles the mind”), and noted: “The decision on the narrow question before us should not be viewed as expressing an opinion on the broader question of whether to hold the election, or whether other reforms or modifications in election procedures in light of Covid-19 are appropriate. That point cannot be stressed enough.”

But stressing it doesn’t make it true, and the majority’s crocodile tears were simply a cover for depriving people of their vote. As Justice Ginsburg (may she live and be well) wrote in dissent, the real question — not narrow at all — was “whether tens of thousands of Wisconsin citizens can vote safely in the midst of a pandemic.” Doesn’t “massive disenfranchisement” of voters make their other rights “illusory”? Doesn’t an order that, as Justice Ginsburg noted, forces citizens to “brave the polls, endangering their own and others’ safety, or they will lose their right to vote, through no fault of their own” ignore the “precious” nature of the right to vote? Why wasn’t “ensuring the opportunity for the people of Wisconsin to exercise their vote” the Court’s “paramount concern”?

Justice Ginsburg and her fellow dissenters understood how important the case was “to the constitutional rights of Wisconsin’s citizens, the integrity of the state’s election process, and in this most extraordinary time, the health of the nation.” The majority said meh.

My grandmother, coming to the land of the free from lands not so free, appreciated just how important her pulling a lever in a voting booth was. All should take that devotion to heart and not allow demagogues to weaken our most precious right.

Dedicated to the memory of Mrs. Regina (Rochel) Gross.