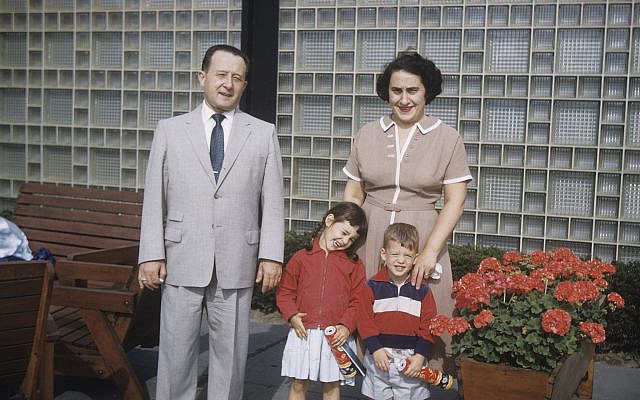 There’s a lot that’s been written about body image, about our perceptions of ourselves based on our physical being.  Many of us are self-critical, finding fault with everything from our fitness level to our weight to our facial features.  Most of us have, at some point or another, thought or said “If only I . . .” in a belief that the desired change will make us happier, our lives more fulfilled, our relationships stronger and more.

When I think about body image there is a moment that always comes to my mind, haunts me really.  It’s a moment with my mother after she had a radical mastectomy at the age of 50.  At that time, radical was really radical, lymph nodes and all.  And Mom’s was so extensive that she had to have a skin graft, months later, to enable that area to heal.  I was 14, a freshman in high school and understood and yet I didn’t.

There are many moments during that time that are vivid to me, many I wish I had known enough to handle differently, many I wish I had understood with even a fraction of the understanding I have now. But that was then and this is now.  Mom needed some new clothes as she prepared to go back to work after her surgery and recovery.  She and I embarked on our fairly regular ritual of going “downtown” shopping.  We selected some items and went into the dressing room together.  As she tried on clothes, my mother, who never complained, never had less than a positive attitude, never let us see any of the cracks in her composure, had silent tears running down her face.  She asked me to step out and get her a different size or look for something else and I did. When I returned she was her usual level self although, even then, I could see the pain in her eyes.  It took me some growing up to realize how difficult it was for her to face her permanently altered self in the mirror, to confront the image of the self she knew and this new self she didn’t recognize.

I have seen that same sort of reaction with our elders these past months.  For more than a year, our campus salons have been closed.  In fact, as I write this 15 months later, they are still not open in New Jersey.  We finally brought the hairdresser onto our staff because of what we were hearing and seeing—people who did not feel like themselves.  Being confined to rooms or apartments, exercise opportunities limited, food delivered on trays—all contributed to changes in appearance as well as health.  Almost every elder articulated this same sense of not just discomfort, but distress, at not seeing the self that they know so well when they look in the mirror.

Body image is often used to talk about distortions and unhealthy behaviors that may result from these distortions. But, in a broader sense, body image is how we identify ourselves.  We catch sight of our reflection and we understand “This is me.”  Imagine, though, to see that reflection and think “Who is that person?” or “What has happened to me?” Feeling strong, being healthy, the ability to move are all key to a healthy body.  And so is positive self-esteem—seeing ourselves, knowing ourselves and feeling comfortable with ourselves. It is as vital for our elders as it is for everyone else and neglecting that need is also neglecting this key element of well-being.