A serious campaign is being waged to preserve the integrity and freedom of Orthodox Jewish schools. It relates principally to the subjects of sex and relationships education (SRE) and the “protected characteristics” of same-sex unions (LGBT)  and “gender assignment” (GA).

Fortunately, the battle is not a physical one.  It is the presentation of  political and moral arguments , in response to a public consultation initiated by the Department for Education.

Important community organisations have so far performed a sterling task articulating the reason why Orthodox Jewish schools should not be compelled to teach the said subjects. Foremost among them are organisations like the Union of Orthodox Hebrew Congregations (UOHC).

High-level  rabbinical conventions have taken place  at which strategy has been formulated to oppose what is widely regarded as an assault on religious education.

Barnet Council, whose borough has the largest Jewish population in the country,  recently passed a resolution praising the achievements of faith schools.

It urged the authorities not to undermine such schools by  compelling them to teach issues of sexuality that run contrary to their ethos. The resolution was particularly significant since it received unanimous support, from Labour and Conservatives alike.

Whether Barnet’s Labour councillors acted ideologically, or out of pure expediency with an eye on the forthcoming local elections, is open to speculation.

Their positive stance was certainly in stark contrast to what might be expected from a neo-communist  Corbyn-led administration at national level.  Such a government, fuelled by secularism and the anti-Semitism now rampant within the Labour Party, could end up abolishing private and faith schools altogether.

We have to be  confident and unapologetic in setting out the authentic Jewish position. To the extent that SRE  is driven by concerns about safeguarding, the Orthodox community has its own highly effective methods of protecting its children from abuse and exploitation.

Access to inappropriate material and social media is restricted in every possible way. Premarital relationships are religiously forbidden. Parentally controlled introduction of potential marriage partners at a young age is very much the norm.

If the modern obsession with LGBT and GA is driven by the desire to combat discrimination, it must be reiterated that Judaism is committed to the  tolerance of  other  cultures, respect for the law and good citizenship.

Our own historical suffering at the hands of persecutors has planted within us an almost instinctive abhorrence of violence and racial hatred. However, relationships that are biblically forbidden cannot be promoted or discussed  in an Orthodox Jewish classroom.

If there are concerns about extremism and radicalisation being fostered  at academic institutions elsewhere within the country, Jewish citizens  would  undoubtedly share them.

Sadly, Jewish schools and institutions are vulnerable to the threat of terror.

However, those justifiable concerns  should not be the pretext for oppressing faith schools as a whole with over-intrusive regulations and inspections.

Ironically, among the seven “protected characteristics”  that now embody this country’s anti-discrimination laws is  religion itself. Therefore government interference in the practice and teaching of any established religion is itself a breach of the “community cohesion” it would claim to be promoting.

It has no place in a democratic society like Britain and should be combatted tooth and nail. 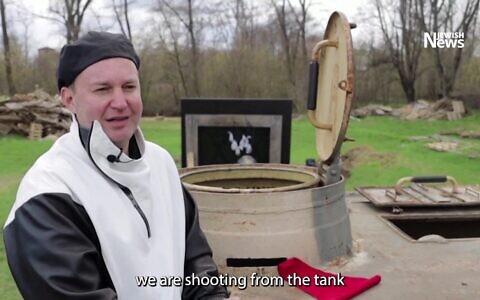 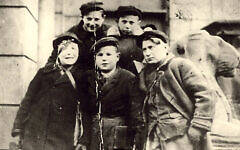