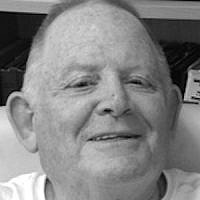 The Blogs
Gabe Ende
Apply for a Blog
Advertisement
Please note that the posts on The Blogs are contributed by third parties. The opinions, facts and any media content in them are presented solely by the authors, and neither The Times of Israel nor its partners assume any responsibility for them. Please contact us in case of abuse. In case of abuse,
Report this post.

Shortly after I made aliyah in 1969, I took issue with the policy of the Labor government in the territories and was immediately attacked:

“Have you served in the army?”

“Well, as someone who lacks army experience, you’re obviously incapable of appreciating the strategic concerns that underpin the government’s position. Talk to me after you’ve completed your required service.”

After serving my stint in the Artillery Corps, I approached the government’s apologist to continue the conversation and was told:

“I appreciate that you’ve served in Zahal — but if you haven’t fought in a war you still can’t understand the complexities involved. Come back when you possess some actual military experience.”

I reappeared after the Yom Kippur War, convinced that he would no longer have an excuse to dismiss my position… His response?

“But how many wars have you fought in?”

This pretty much authentic experience reveals the attitude that characterizes many veteran Israelis. Only they really understand. Olim are too wrapped up in utopian visions. Only the “vatikim” have their feet on the ground.

Israel has suffered from this short-sighted bias. Olim have a perspective forged from experience with a variety of political systems. Many of us have witnessed at close hand oppression of political, national and racial minorities. We have seen democratically elected governments adopt authoritarian—even fascist—models of rule once elected. We have been influenced by the struggles for freedom against such regimes.  We also have an appreciation of the creative values and traditions developed by Jewish movements thriving as minorities in modern democratic societies.

With this in mind, Max Moss (South Africa, 1964) and myself felt impelled to publish the following Kol Koreh ( in Hebrew and English):

As leaders and activists of Zionist youth movements and olim from around the world who chose to make Israel our home, we cannot remain silent in the face of the irresponsible and immoral policies contemplated by the current Israeli government.

We were educated to view Judaism–and Zionism, as preached by Herzl and others– as a heritage dedicated to the highest human ideals. We viewed racism, nationalist and religious extremism, discrimination and mistreatment of “the foreigner” as intolerable. We never imagined that the “Jewishness” of Israel would be interpreted by those dominating our government as a mandate to pursue a ruthless policy of Jewish Will to Power.

Many of us grew up alongside regimes with oppressive policies—in South Africa, North and South America, Eastern Europe and much of the Arab-Muslim world– and were strongly influenced by the movements for freedom, equality and democracy which they engendered. We debated with groups on campus who contended that “the Zionist experiment” will ultimately adopt similarly oppressive policies. Each of us made a commitment to himself in those formative days to resist expressions of intolerance and oppression should they rear their ugly head in our homeland.

That moment is now upon us. Groups with significant influence are intent upon destroying our liberal and humane vision, painting Judaism and Zionism in thick hues of racism, religious extremism and oppression of “the other”, transforming our Jewish values into a heap of hypocrisy.

We are now proclaiming our determination to act. A government controlled by right-wing extremists and their ultra-Orthodox allies, inebriated by the opiate of domination, has committed itself to irresponsible and morally abhorrent policies. Democratic institutions are endangered by their totalitarian approach of “winner take all”. They make no secret of their intention to create a de facto bi-national state which will be neither egalitarian nor democratic. They will corrupt the character of the Jewish State beyond repair—and we must remember our commitment to act to prevent this.

We will judge the government by its performance. In light of its composition and many of its stated intentions, however, it is essential that we make our unique moral authority felt, both here and abroad. We call upon like-minded olim to contact us. We intend to organize, create a framework for discussion and decision-making—and then make ourselves heard and felt

Those supporting our initiative are requested to respond with your names and e-mails: “I am with you”—”Ani Itchem”

I assume that many ‘Times readers feel as we do. So join us. Enable us to achieve a mandate of thousands and then to seriously organize and plan our future steps. Yariv Levin, Avi Maoz and the Smotrich-Ben Gvir combo are not better equipped to understand the situation than we are. And their contemptible values are certainly not those which should guide the State of Israel.

About the Author
Gabe Ende was born in Brooklyn, New York. He graduated from Queens College and University of Chicago.Made Aliyah in 1969 and has taught in a variety of Israeli educational institutions. He is active in groups that seek to further liberal-humanistic forces in Jewish life and Israeli society.
Related Topics
Related Posts
Gabe Ende