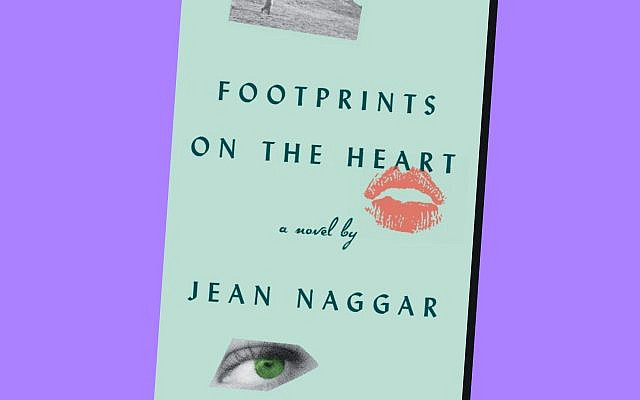 ‘The past is not dead, it is not even past’.

William Faulkner’s aphorism  might sum up Jean Naggar’s novel ‘Footprints on the heart.’

No matter how much her characters try and escape their past, it has a strange habit or catching up with them.

Jamila is an Egyptian peasant girl with sparkling green eyes. She is discovered by a passing American woman, plucked from her humble Nile village and catapulted into the fickle and fast-moving word of New York high-fashion modelling. You could say that her displacement is voluntary, engineered by her American mentor and her own mother, who is prepared to endure the pain of separation in order to give Jamila a better life.

The past has left footprints on her heart: a longing to see her brother and village.

Jamila’s destiny intersects with  that of Sol Mizrahi, an Egyptian Jew. For Sol, displacement is involuntary.The family thought they had everything they needed: a comfortable existence, a beautiful house.  His Egyptian Jewish family is brutally expelled by President Nasser after the Suez crisis, like Jean Naggar’s own, as she vividly described in her memoir Sipping from the Nile.   But Sol  never looks back: he founds a family and career in the US. For his mother Eliane, the US is the making of her. A stay-at-home mother becomes a financial whizz as she fulfils her American dream.

However,  exile destroys the pater familias Aldo, as it did so many Egyptian-Jewish men.  There are those who drown and cannot adapt. Exile destroys the Mizrahi marriage.”The expulsion shaped them into puzzle pieces which no longer fit together.’

Naggar hints that America is, at the same time , an emotional desert, where relationships are fleeting and subordinate to the individual’s needs and desires.

The novel makes another important  point. Destiny is not ours ourselves to shape. The characters remain at the mercy of world events  – such as 9/11. It ‘crashes  into the peace of their American lives’. They would never feel safe again. But the message is still optimistic: You can pick yourself up from tragedy – if you don’t drown.

Admittedly, Naggar’s characters enjoy a hefty dose of good fortune. They are blessed with luck, a support network  or  a’fairy godmother’ to pick them up when they are down, reflecting Jean Naggar’s faith in the essential goodness of human nature . She  is a keen observer and  a gifted writer, and  in this  book she manages to conjure two contrasting worlds with skill and style.