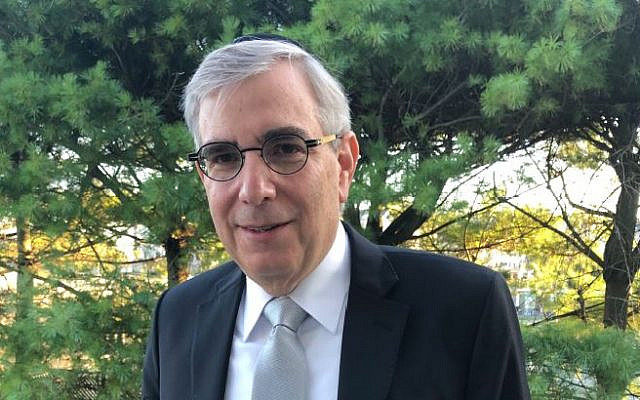 I had an epiphany that was long overdue – a thought that has challenged my upbringing and my reliance on Talmudic principles and rabbinic law. It challenges a presupposed position regarding the status of women. It questions the standard positions accepted by Orthodox Jews for thousands of years. I’m neither a maverick nor a radical but sometimes it behooves one to question a status quo that is based upon false stereotyping. This essay will not venture into a debate on biblical inequalities or gender differences. As important as those discussions may be, it is beyond the scope of this article and the wisdom of the writer.

The Talmud writes “Kol hamelamed et beto Talmud keilu melamdah tiflut,” whoever teaches his daughter the Talmud may as well be teaching her promiscuity. Unfortunately, during my years in yeshiva this opinion was considered sacrosanct. No one dared question the truth of Rabbi Eliezer’s wisdom; no one ever brought the students’ attention to the opposing Talmudic views of Ben Azai and others. It was presented to impressionable and innocent boys as Godly design that females had limitations and were unable to engage in analytical thought. Early rabbis were not alone in this denigration of women for society in general held similar views. Sadly, this view is often maintained contemporarily in many fundamental religions and conservative philosophies.

What happened to change my thoughts on this? This issue has always bothered me but after hearing about Michelle Cohen Farber, daughter of our members Paula and Robert Cohen, I found the courage of my convictions and the willingness to express them publicly. Michelle is spearheading a global Women’s ‘Siyum HaShas’ on January 5th at the Binyanei Hauma Convention Center in Jerusalem, a ceremony for completing the entire Talmud. Not only did she accomplish this amazing feat, but more so, she delivered a daily lecture on the entire Talmud to a group of women in Israel. Furthermore, her classes were also online in both Hebrew and English for the global Jewish community. I know many learned men who would be envious of her pursuit, commitment, and accomplishment. And her group is one of many similar groups for women who want to pursue serious Talmudic study.

Were the rabbis of yesteryear wrong? And if they were wrong, does that question the legitimacy of every Talmudic statement or regulation? Does this epiphany dramatically alter my views on rabbinic hierarchy? I know many of my colleagues espouse viewpoints that grant unparalleled wisdom to the rabbis of the Talmud. They would maintain that even if I can clearly prove the veracity of my statement, I am still wrong. I should be subservient and humble myself to their scholarship and never have the audacity to question.

I certainly believe that rabbis in the Talmud were profoundly intelligent and had insights far beyond my wildest dreams. I also believe that many of their rulings were based on the societal norms and relevant data available in their generation. The rabbis of the Talmud ruled hundreds of times that people who are hearing and speech impaired are exempt from all mitzvot. A lack of knowledge led them to believe that those who didn’t fit the mold were impaired. Thus people with disabilities were not educated and anyone with impaired hearing and speech was deemed mentally deficient and exempt from all obligations.

Nowadays, no halachic authority would consider a person with a hearing and speech impediment to be mentally deficient. No rabbis would claim that they be exempt from biblical obligations due to their disability. No one would prohibit them from marrying even though in Talmudic rulings their marriages would be invalid. The rabbis’ rulings were based on erroneous and faulty data. Thankfully today, even the most conservative ultra orthodox position would no longer accept or follow these ancient rulings. When we can disprove outdated and erroneous beliefs then we can no longer silently accept the status quo. Doing so would reveal a lack of integrity.

Women throughout the ages have been subjugated and considered inferior to men. Why that has been the case may not be relevant to this discussion but I don’t think too many readers will disagree. The Talmudic ruling on women enabled men to maintain the caste system. Men were taught that women were inferior and denying women an education kept them subservient. Since women were not educated the rabbis were able to rule that teaching them the Talmud would be an exercise in futility.

Need I explain why I believe this ruling should no longer be valid? Nowadays, thank God, humankind has made amends for the errors of their forefathers. Just as those with physical disabilities are no longer ostracized, attitudes towards women have dramatically improved. Today our young women receive a quality education and are equally adept at comprehending even the most difficult and complicated issues. Therefore restricting or limiting their potential to study Talmud based on the opinion of a lone rabbi who lived 1800 years ago, in my humble opinion is unconscionable.

In conclusion, please don’t confuse what I’m writing about scholarship and academic equality with a blanket statement that gender distinction isn’t important. The fact that in Judaism women are exempt from certain time dependent obligations has nothing to do with their intellectual capabilities. Women have proven over and over that they are intellectually equal to men. Most legal rulings are based on factors other than intellect. As liberal as I may sound, I still think mothers are far better at being mothers than their male counterparts. And maybe just maybe, the Torah and Jewish law understands that a mother’s time isn’t always her own. And that being a mother should take precedence over everything else, even the performance of mitzvot. This ideal should not be misconstrued as a denigration of women, but rather as a means of empowerment. By granting them an exemption for certain mitzvot, the Torah is facilitating the freedom and independence they require.