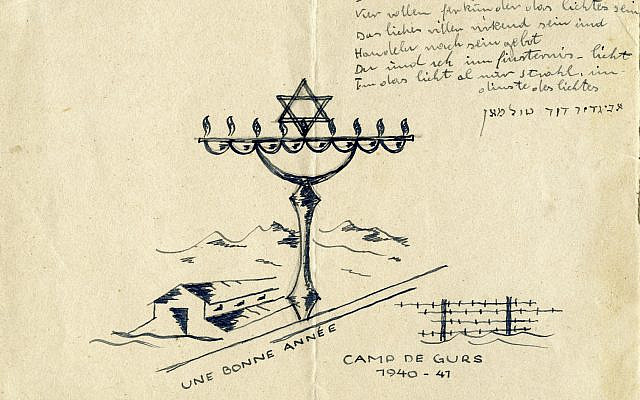 As the days become shorter and the nights grow longer, the holiday season creates yet another hurdle for Holocaust survivors. While Hanukkah normally brings great joy, a myriad of treats and — perhaps most importantly — a festive reason to come together, in the COVID-19 era celebrations are necessarily limited. These conditions — the inability to light candles and spend quality time with friends and family — are especially isolating for survivors.

Hanukkah, often called the Festival of Lights, is the perfect time to honor those who survived the Shoah; each survivor representing a ray of light overcoming darkness, heroes of humanity’s worst atrocity. Here, at the end of an absurdly challenging year, our final obstacle is to find a way to honor survivors around the world, ensure that they feel cared for and supported while ensuring they are safe.

For me, as my family prepares for Hanukkah, assembling menorahs, candles, and dreidels, a photo came to my mind. Rows of confiscated menorahs laying at the Offenbach Archival Depot, a collecting point for Judaica stolen by the Nazis during World War II. A few other ritual items are interspersed among them in the photograph, but it is the menorahs that stand out. 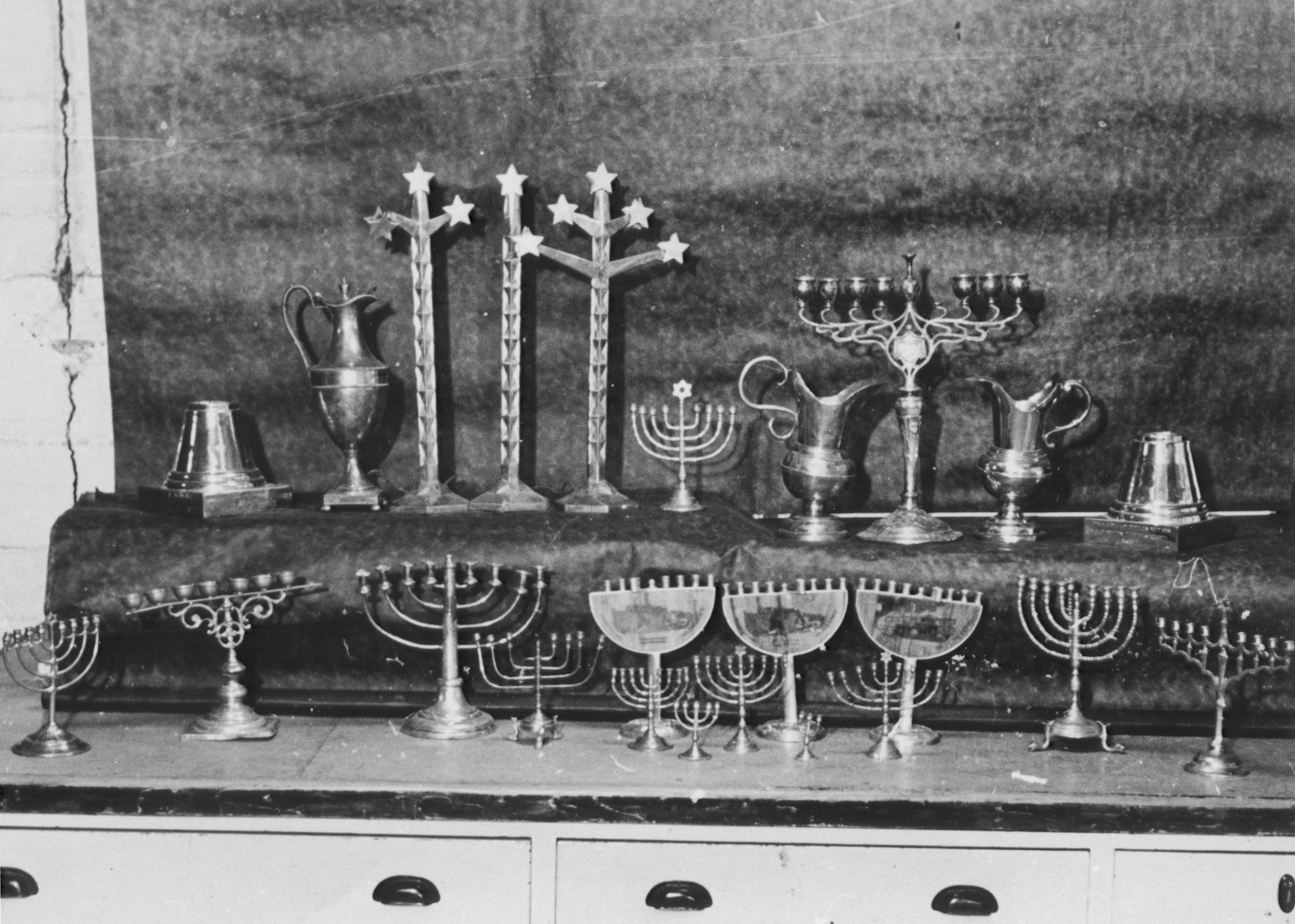 Display of silver Hanukkah menorahs and other ritual articles confiscated by the Nazis, from Offenbach, Germany. (The United States Holocaust Memorial Museum)

They are not particularly grand nor intricate. Rather they are tarnished, old silver menorahs, each one slightly different in size and shape, all of them reminiscent of menorahs every home has had at one time or another. Each one represents a family turned out and abandoned by the world, most of whom perished in the darkness of the Shoah.

But there is another picture of a menorah that I have seen, a very different image. Prominently displayed in the center of an engagement notice for two internees of Gurs, an internment camp in France, is the drawing of a menorah. Evidence that, even in 1941 from the darkest of places, the menorah was a symbol of light and a beacon of hope.

Throughout history, the menorah has signified the trials and tribulations of the Jewish people. Like a flame that flickers, we have experienced innumerable ups and downs. One low point was the exile of our nation and the menorah from the Temple, infamously depicted in the Arch of Titus in Rome. Yet, instead of permitting that negative image to define us, we repurposed it into the official seal of the State of Israel. We have continued to light both the literal and figurative menorah through adversity. From the original Hanukkah story, to challenging the Nazis, the light of the Jewish people may temporarily dim but it will never be extinguished.

The pandemic this year has certainly been another low point. But as we prepare to celebrate the Festival of Lights at the end of this very difficult year, the pandemic has also provided us with an opportunity to gather in a very different way. As an extended global family, with survivors, families and supporters across the world, we can share the light together virtually in a powerful affirmation of life.

For the past three years, the Claims Conference has honored survivors during Hanukkah as part of International Holocaust Survivors Night (IHSN). Candle lighting ceremonies and celebrations have been held at the Kotel in Jerusalem, as well as in New York, Berlin, Paris, and Moscow. This year, while the celebration will definitely be different, the limitations of the pandemic have pushed us to think about this event in a whole new way, manifesting a truly international gathering.

We invite you to join us for this first-ever virtual International Holocaust Survivors Night (webcasts.com/IHSN2020), bringing together Holocaust survivors, speakers and performers from around the world. On Sunday, December 13th, survivors will be honored and celebrated with singers, politicians, and celebrities culminating with a live stream of the menorah lighting at the Kotel in Jerusalem.

It has been a long year with many unforeseen challenges. The isolation of quarantines and lockdowns have left our already fragile population of Holocaust survivors and those who care for them exhausted and frayed. Coming together — even virtually — is more important now than ever before. Join us to light the candles, symbolically overcoming darkness with the light of hope, even as Holocaust survivors have been our inspiring light each and every day.