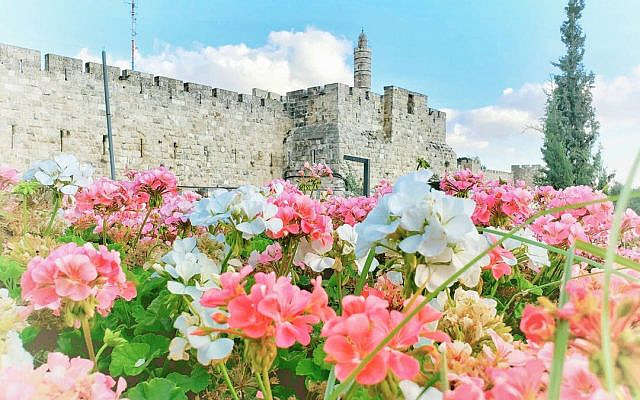 Leah named her youngest son Zevulun, saying, “This time my husband will live with me (yizbeleini), because I have birthed for him six sons…” (Gen. 30:20). The word zvul refers to a prominent dwelling place — a sort of castle or palace, if you will. There are two more Biblical characters whose names seem related to the word zvul: Zvul was a city official in Shechem who remained loyal to the local Jewish warlord Abimelech (see Judges 9), and Jezebel was a Tyrian princess who married Ahab the King of Israel and pushed him toward idolatry. In this essay we will explore five different words in Hebrew/Aramaic that refer to a “castle” or “palace” — zvul, armon, apadna/padan, tirah and paltin. In doing so we will seek out the etymologies of these apparent synonyms to help us understand how they differ from one another.

Rabbi Samson Raphael Hirsch (to Gen. 30:20) writes that the word zvul does not simply designate a mere dwelling-place. Rather it denotes a home that completely meets all objectives of the one for whom it is intended. For example, the Talmud says (Rosh Hashanah 17a) that the term zvul there refers to the Holy Temple. Indeed, most of the times this word appears in the Bible, it unambiguously refers to that Holy Edifice (I Kings 8:13, II Chron. 6:2, Isa. 63:15). Rabbi Hirsch explains that zvul denotes that place as the fitting location for G-d’s presence to rest. He further notes that the common Mishnaic word zevel (“fertilizer”) serves a similar function, as it readies the ground to be a fitting “dwelling place” for seeds so that they may flourish and thrive there.

When the prophet Habakuk reflects back on Joshua stopping the movement of the sun and moon (Joshua 10:13), he says: “The sun and moon stood in their zvul” (Hab. 3:11). The commentators (see Targum and Radak there) explain that in this context zvul refers to the place in which the sun and moon typically “dwell,” and is another way of saying that they stood still in their tracks. Indeed, our Rabbis teach us that zvul is the name of one of the seven heavens (Chagigah 12b).

In Ugaritic, Akkadian, and other Semitic languages, cognates of zvul mean “to lift” or “to elevate” (zabalu). Based on this, Rabbi Dovid Tzvi Hoffmann (1843-1921) suggests that the Biblical term zvul refers specifically to a lofty abode that is located in a high place, like the Holy Temple (which stood atop a mountain) or like the place of the celestial luminaries (which are up in the sky). He notes that an Arabic cognate of zvul refers to “butter” or “grease” because such oily grub “rises” to the top when mixed with water.

Before we begin exploring some other Hebrew words that are similar to zvul, I would like to digress a bit and speak about the English words palace and castle, and the differences between them. The English word palace or palatium, in the sense of a vast and luxurious residence that belongs or belonged to an important person, is ultimately derived from the proper name Palatium, which was one of the hills in Ancient Rome where imperial palaces were built. In Rabbinic literature, the Late Hebrew cognate of palace is paltin/paltrin (see Sanhedrin 2:3, 10:5). According to a renowned language scholar, the Late Hebrew word paltrin is actually derived from the Latin praetorium — which refers to the official residence of a Roman governor or general — and is seemingly based on the interchangeability of LAMMED and REISH.

In contrast to the word palace, the English word castle (related to the French word château, and ultimately derived from the Latin castellum) originally meant “encampment” or “village.” Later, it came to refer to any large building or series of buildings that were constructed for defense purposes. In that sense, a castle refers to any sort of fortress or stronghold. Often, the terms palace and castle converge in one building, but they are not actually synonyms. Rather, the English word palace denotes a royal residence and the opulent lifestyle associated with wealth, while castle denotes a fortified structure regardless of its lavishness or extravagance. With these nuances in mind, we can better understand the different Hebrew words for “palace” and “castle.”

The most common word for “castle” or “palace” in Hebrew is armon (which appears 32 times in the Bible). Ibn Janach and Rabbi Shlomo Pappenheim write that the root of armon is REISH-(VAV)-MEM, which means “height.” This root relates to “palaces,” as they are typically tall buildings. Radak also cites this explanation, but ultimately concludes that armon is derived from its own root, ALEPH-REISH-MEM. Menachem Ibn Saruk similarly traces armon to the quadriliteral root ALEPH-REISH-MEM-NUN. [Ibn Janach invokes the interchangeability of LAMMED and REISH to explain that almon (Yechezkel 19:7, Isa. 13:22) means the same thing as armon.]

The Hebrew word apadna appears once in the Bible (Dan. 11:45), and the commentators explain that it refers to a “palace.” When apadna appears in the Talmud, it sometimes does not actually mean a full palace, but rather a den that is especially grand or kingly. This follows from Rashi (Bava Metzia 35a, Bava Basra 6b, Shabbat 77b) defining apadna as a “royal triclinium,” which basically means a fancy dining room. This word appears in the story of Rava dreaming that his apadna and Abaye’s apadna fell (Berachot 56a), in the story of the debtor who owned two apadnas (Ketuvot 91b), and in the various cases in which Rav Nachman allowed creditors to take away a person’s apadna, or threatened to do so (see Bava Kama 21a and Bava Metzia 35a, Ketuvot 50b).

According to Rabbi Dr. Ernest Klein (1899-1983), apadna comes from Old Persian — a language that descends from the Indo-European linguistic family. On the other hand, Dr. Chaim Tawil actually traces this word to the Akkadian appadanu, which he understands to mean “a colonnaded audience hall.” According to Dr. Tawil, the word is of Semitic origin, and not Indo-European. Indeed, an Arabic cognate of this word, fadan, means “palace” or “high tower.” 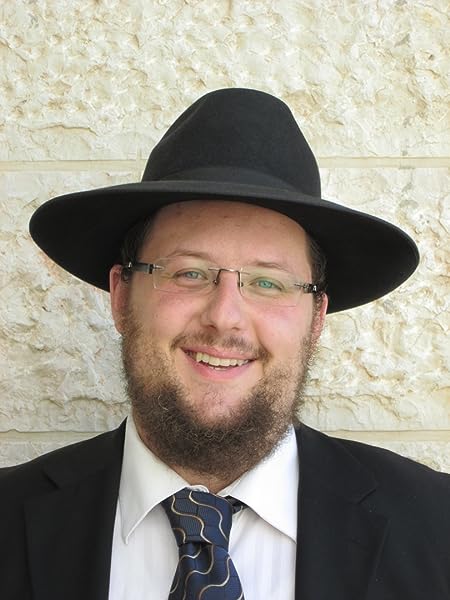 Rabbi Shlomo Pappenheim of Breslau (1740-1814) traces the word apadna to the biliteral Hebrew root PEH-DALET, which means “redemption” or “freedom” (like in pidyon or pedut). One derivative of this root is the word efod (“vest” or “apron”) which is a sort of royal vestment worn by people who were “free” and “not indentured” (e.g., see I Sam. 2:18, II Sam. 6:14). In the same way, he explains that the word apadna refers to the sort of luxurious domicile where a free man might live.

Taking this a step further, Rabbi Pappenheim also suggests that the Biblical Hebrew word padan denotes an independent region that had its own sovereignty and/or was free from paying imperial taxes. He thus explains that the term Padan Aram (Gen. 31:18, 35:26 and 46:15) refers to the “Free State of Aram” as opposed to other polities which existed in the Aram area. [The classical understandings are that padan means “field/plain,” or that it refers to the “twin” cities of Aram Naharayim (Haran) and Aram Zoba (Aleppo), which stood on opposite sides of the Euphrates.]

Rabbi Shlomo Pappenheim finds that the root of tirah is the two-letter string TET-REISH, which means “straight line.” Other tributaries of that root include tur (“row”), matarah (“target” or “goal,” which one shoots straight towards), matar (“rain” that shoots straight downwards), and more. He explains that tirah is related to this root because it denotes the fact that the castle is typically constructed by arranging various rows (turim) of boards. Radak also derives the word tirah from tur, adding that castles are typically built with rows of hewn stone.

Alternatively, Rabbi Pappenheim explains that tirah relates to the concept of netirah (“safeguarding,” “protecting”), which, in turn, also stems from the TET-REISH root. He explains that the constant vigilance and mindfulness needed to watch over something (netirah) means that one’s thoughts must be kept “straight” on it and may not deviate. Two related corollaries are the words tahor (“pure” or “clean,” a state which can only last if one carefully watches to make sure the pure item is not sullied), and iter (“closed,” something so closely protected that it is totally “locked up” and cannot function). Based on this last example, Rabbi Pappenheim explains that the word tirah refers to an impenetrable “castle” or “fortress,” whose defenses are so well designed that no one can enter or exit.

Rabbi David Chaim Chelouche (1920-2016), the late Chief Rabbi of Netanya, similarly writes that the word tirah derives from the root TET-REISH (“guarding”), as it denotes a sort of “fort” or “citadel” built to protect a king’s subjects. He also writes that a tirah is generally built with a wall surrounding it and is thus similar to the Hebrew word atarah (“crown”) — a special ornament that goes around a regal head. He explains that atarah is derived from a combination of the roots AYIN-TET (“cover”) and TET-REISH (“guard”). (Interestingly, Rabbi Chelouche claims that the English word tower is actually derived from the Hebrew word tirah. That said, linguists say that the English tower comes from the Latin turris.)

To conclude, I’d like to offer a way of differentiating between all the terms we discussed. Firstly, armon is used both in the context of a king’s residence (II Kings 16:18, I Kings 15:25, Jer. 49:27), and in the context of a fortified stronghold used for defense (Prov. 18:19, Lam. 2:5, Mic. 5:4); thus it resembles both palace and castle in English. Secondly, the Hebrew word apadna seems to line up with the original meaning of palace as relating to the lap of luxury, and, thirdly, the Hebrew word paltin/paltrin is even a cousin of the English word palace. Fourthly, tirah seems to be associated with buildings used for defense purposes, thus aligning that term with the original meaning of the English castle. Finally, the term zvul somehow fits in to all of this, I’m just not sure exactly how.