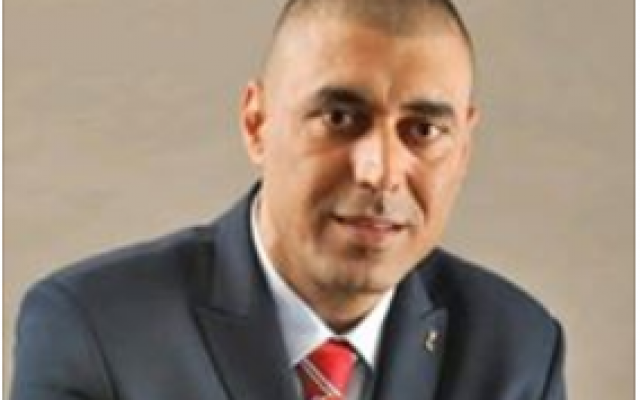 On the Israeli evening news, I hear Abbas threaten that if Israel extends her sovereignty to a millimeter of what he says is HIS land, he will dismantle the Palestinian Authority (PA) and hand the keys back to Israel. I snort in derision, thinking who is he fooling! Is that his way of preserving his dignity when the PA actually does fall? That way, he seems to think, he will be able to try to present the failure of his regime as the Jews’ fault to a world that is too easily convinced that Jews are the root of everything bad that happens.

But, then, along comes Palestinian former terrorist Mohammad Massad. Massad, former Black Panther from Jenin, former terrorist who sought the fall of Israel, is now valiantly fighting for the human rights of his people. Massad says he and 98% of the PA residents are holding their breath, just waiting for the Abbas regime to implode. He is writing more and more Facebook posts to that effect and he gets public and private comments from fellow Palestinians in agreement with him.

Here is his latest post from this morning (June 28, 2020), with my translation into English below. I edited the translation in conjunction with Massad, in order to make it more comprehensible than FB translate:

Ninety-eight percent of West Bank residents are eagerly waiting for the fall of the PA. Everyone wants to be rid of the corrupt regime run by the dictator Mahmoud Abbas and the terrorist organizations that destroyed our present and threaten to destroy our children’s future.

We don’t want a Palestinian state that causes us death and destruction. We don’t want a country whose leaders steal our money and transfer these funds to the their children’s companies’ bank accounts.

Furthermore, we in the West Bank declare our complete separation from the Gaza Strip and declare that Gaza is a rebel territory in which the fate of its residents is controlled by a terrorist mafia. The popular leaders and the future local administration in the West Bank will not have anything to do with Gaza and we will not link the destiny of our people with a terrorist gang paid for and run by Qatar, Turkey and Iran.

The great majority of our people in the West Bank are united and determined to hold the corrupt members of the Palestinian Authority accountable for their criminal activities. We will not allow the criminals to continue to hold power over us. We will not allow this 2% to monopolize the will of the 98%.

The Palestinian Liberation Organization, the Palestinian Authority, and the  terrorist organizations are not representative of our people. They are not our spokesmen. They are a collection of failed “merchants of death”, and our people seek salvation from them in order to walk the paths of peace, security, stability and coexistence.

Our Palestinian people in the West Bank issue this statement with the hope of setting a new course and we seek to protect our future from corrupt leaders and terrorists. May the world hear us and help us ensure a future free from killing and bloodshed.

This is only the latest of his posts. Just a few days ago, he posted this:

in which he writes, among other things:

The corrupt leaders of the PA will steal everything they promised you and use it to build their children’s companies and their homes. …
Don’t let them continue to pay you for the spilling of your children’s blood. … Children under ten years old are pushed to confront the strongest army in the region.

You [PA leaders] incite our children and pay them to die while you grow rich.
May Allah curse you in this world and the Hereafter.

Mohammad Massad is working hard to help the Palestinian people unite behind the goals of dignity, sanity and mutual respect, and to wake the world up to the treachery and duplicity of Abbas and the PA regime. It is time we all paid attention and focus on the real source of human rights violations toward the Palestinian Arabs.