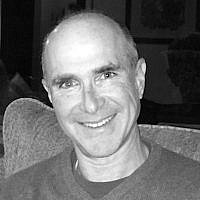 The Blogs
John C. Landa Jr.
Apply for a Blog
Advertisement
Please note that the posts on The Blogs are contributed by third parties. The opinions, facts and any media content in them are presented solely by the authors, and neither The Times of Israel nor its partners assume any responsibility for them. Please contact us in case of abuse. In case of abuse,
Report this post.

There are presently 58 Palestinian refugee camps.  All are located in Syria, Lebanon, Jordan, Gaza, and the West Bank.  No such camps are located within, or operated by, Israel.

There are presently some 1.8 million Arab citizens living freely within Israel.  None live in refugee camps.  They vote in Israeli elections and can (and do) serve in the Knesset and on Israel’s highest court.  They are of course free to leave but they do not, and for good reason:  they enjoy civil liberties and economic opportunities far greater than Arabs in any other country in the Middle East.

Unlike other refugee populations, the Palestinian refugees have remained in camps for some three generations without resettlement.  The camps have become breeding grounds for terror and incitement.  The number of refugees eligible for aid from UNRWA has ballooned over the years, from 750,000 to some 5,000,000. Notably, this includes not just Palestinians who departed from Israel, but also their descendants.

Why has this festering wound of deprivation and suffering perpetuated and grown?  Why haven’t Arab host nations closed the camps and integrated the Palestinians into their own populations?  And why, indeed, are there still refugee camps in areas ruled by the Palestinian Authority?  Accountability lies not with Israel, but with Palestinian leaders and Arab States.

The same is true of the origins of the refugee exodus.  In 1947, the UN Partition Plan proposed two independent states.  Israel accepted, but Palestinian leaders, whose state would include the West Bank and Gaza, rejected the proposal.  How many Palestinian refugees would there be had the Palestinians accepted this offer of statehood?  Zero.

In 1948, Israel declared statehood.  The next day Israel was attacked on all sides by Egypt, Syria, Lebanon, Jordan, and Iraq.  Those nations failed in their quest to destroy Israel, and the war they launched caused an exodus of Palestinian refugees. How many Palestinian refugees would there be had the Arab nations not attacked Israel in 1948?  Zero.

There is an oft-repeated but false narrative that Israel “expelled” the Palestinians from their homes in 1948.  In fact, at Israel’s founding Prime Minister David Ben Gurion proclaimed that all Arab inhabitants were invited to stay “on the basis of full and equal citizenship and due representation in all its bodies and institutions.”  Many Palestinians left, implored to do so by the same Arab leaders who were bent on destroying Israel.  A handful were expelled during the war.  But, the Palestinian Arabs who took up Ben Gurion’s offer to stay in Israel are today (along with their descendants) among the 1.8 million Arab citizens who are part of a thriving and diverse democracy.

Notably, former Syrian Prime Minister Haled al Azm stated in his memoirs: “Since 1948 we have been demanding the return of the refugees to their homes.  But we ourselves are the ones who encouraged them to leave.  Only a few months separated our call to them to leave and our appeal to the UN to resolve on their return.”

Solutions to the problem have been routinely rejected by Palestinian leaders.  In 2000, the Camp David accords offered Palestinians another opportunity for statehood.  The offer included 97% of the occupied territories, additional land swaps, and $30 billion in compensation for the refugees.  But, the proposal also required recognition of Israel’s right to exist in peace.  Yasser Arafat rejected it.

Prior to its 2005 withdrawal from the Gaza Strip, Israel attempted to move refugees from camps into permanent housing.  The Palestinians opposed the idea, and Arab states have pushed for the adoption of UN resolutions demanding that Israel desist from removal of refugees from camps in Gaza and the West Bank.

The argument appears to be that if the refugees cannot return to the places some of them lived inside Israel over 60 years ago, they must be forced to live in the misery of camps.  It is as if Palestinian leaders are holding their own people hostage to their unreasonable demands of Israel.  The camp populations are highly susceptible to radicalization, and inculcated with the teaching that the Jews are to blame for their plight.  The loaded Palestinian concept of a two state solution would require this refugee population to be absorbed within Israel, not the separate Palestinian state.

The refugees are pawns in a campaign to demonize Israel.  Like Palestinians who are set up as “human shields” when Hamas jihadists launch rockets from Gaza into Israel, they are exploited and victimized to promote a simple but distorted narrative:  there is misery here, and the Jews must be blamed.

One who injures his hand and rubs dirt in the wound cannot hold his neighbor accountable for the resulting purulent infection. Those who cite the refugee camps as a basis for boycotting and delegitimizing Israel should look beyond the propaganda and consider the facts.  Palestinian leaders must be held accountable for the failed policies, incitement, and missed opportunities that perpetuate and compound so much affliction.

About the Author
John C. Landa, Jr. is an attorney, entrepreneur, and writer in Houston, Texas. He spends weekends on a farm in the Texas countryside. He is a frequent presenter on Israel, and a devoted advocate of its right to exist in peace.
Related Topics
Related Posts
Comments