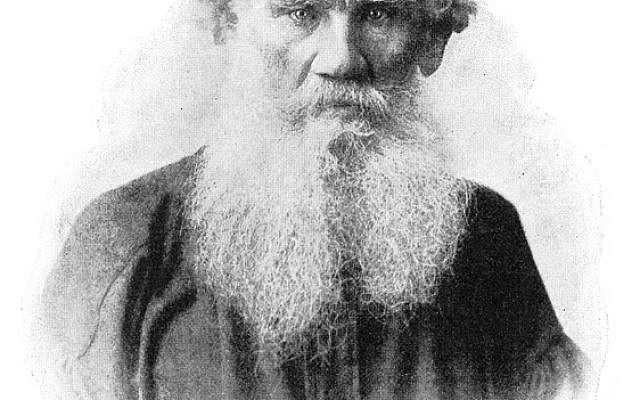 Count Lev Nikolayevich Tolstoy, usually referred to in English as Leo Tolstoy, was a Russian writer who is regarded as one of the greatest authors of all time. Original edition from my own archives Source : Die Gartenlaube 1900 Graveur : A. Schuler

“All happy families are alike; each unhappy family is unhappy in its own way.”, Anna Karenina, Leo Tolstoy, 1877

In short, Isaac will always suffer (and be “blinded” – see later) by being the son of a powerful, dominant father. He will be known as the son of Abraham rather than as himself, Isaac, a man in his own right.

2. Isaac was forty years old when he took to wife Rebekah, daughter of Bethuel the Aramean of Paddan-aram, sister of Laban the Aramean. Isaac pleaded with the LORD on behalf of his wife, because she was barren; and the LORD responded to his plea, and his wife Rebekah conceived. But the children struggled in her womb, and she said, “If so, why do I exist?” She went to inquire of the LORD, and the LORD answered her, “Two nations are in your womb, Two separate peoples shall issue from your body; One people shall be mightier than the other, And the older shall serve the younger.” When her time to give birth was at hand, there were twins in her womb.  The first one emerged red, like a hairy mantle all over; so they named him Esau. Then his brother emerged, holding on to the heel of Esau; so they named him Jacob. Isaac was sixty years old when they were born. (GEN 25:20-26)

Here we go again, another story of sibling rivalry and hatred: Cain and Abel, Ishmael and Isaac, and, now, Esau and Jacob. And this is just the beginning!

3. When the boys grew up, Esau became a skillful hunter, a man of the outdoors; but Jacob was a mild man who stayed in camp. Isaac favored Esau because he had a taste for game; but Rebekah favored Jacob.  Once when Jacob was cooking a stew, Esau came in from the open, famished.  And Esau said to Jacob, “Give me some of that red stuff to gulp down, for I am famished”—which is why he was named Edom.  Jacob said, “First sell me your birthright.” And Esau said, “I am at the point of death, so of what use is my birthright to me?” But Jacob said, “Swear to me first.” So he swore to him, and sold his birthright to Jacob. Jacob then gave Esau bread and lentil stew; he ate and drank, and he rose and went away. Thus did Esau spurn the birthright. (GEN 25: 27-34)

We often think that Jacob was passive in the deception of his father.  That he was egged on by his mother, Rebecca.  But as these early lines show clearly, it was he, Jacob, who first conceived that theft (or “sale”) of the birthright from his older brother.  The Torah does not flinch : Jacob is a deceiver.

4. When Isaac was old and his eyes were too dim to see, he called his older son Esau and said to him, “My son.” He answered, “Here I am.” And he said, “I am old now, and I do not know how soon I may die.  Take your gear, your quiver and bow, and go out into the open and hunt me some game. Then prepare a dish for me such as I like, and bring it to me to eat, so that I may give you my innermost blessing before I die.”  (GEN 27: 1-4)

Poor Isaac : nearly murdered by his father, speechless for most of his life, hoodwinked by his wife and youngest son and with “eyes too dim to see”. Isaac was blind and blinded in so many ways.  In Freudian vocabulary, “to see” is “to know” (that is to engage in an intimate sexual relationship); “to be blind” is to be incapacitated, impotent, castrated in some way.  Isaac’s blindness is a direct result of the Akedah, his near murder by his father.  Although he was spared physically he was not spared emotionally or psychologically.

5. Rebekah said to her son Jacob, “I overheard your father speaking to your brother Esau, saying,׃ Bring me some game and prepare a dish for me to eat, that I may bless you, with the LORD’s approval, before I die.’ Now, my son, listen carefully as I instruct you. Go to the flock and fetch me two choice kids, and I will make of them a dish for your father, such as he likes.  Then take it to your father to eat, in order that he may bless you before he dies.” Jacob answered his mother Rebekah, “But my brother Esau is a hairy man and I am smooth-skinned.  If my father touches me, I shall appear to him as a trickster and bring upon myself a curse, not a blessing.”  But his mother said to him, “Your curse, my son, be upon me! Just do as I say and go fetch them for me.” (GEN 27:6-13)

Rebecca is usually understood (and correctly so) as kind, generous and intelligent.  She is less often seen as willful and commanding (to the point of deceiving her husband). But she is that too.  And in this directive to her favored son, Jacob, she is the stereotypical Jewish mother telling her son : “Just do as I say”!  Oy!

6. When Esau heard his father’s words, he burst into wild and bitter sobbing, and said to his father, “Bless me too, Father!” But he answered, “Your brother came with guile and took away your blessing.”  Esau said, “Was he, then, named Jacob that he might supplant me these two times? First he took away my birthright and now he has taken away my blessing!” And he added, “Have you not reserved a blessing for me?” Isaac answered, saying to Esau, “But I have made him master over you: I have given him all his brothers for servants, and sustained him with grain and wine. What, then, can I still do for you, my son?” And Esau said to his father, “Have you but one blessing, Father? Bless me too, Father!” And Esau wept aloud. (GEN 27:34-38)

This is, to me, among the most heartbreaking moments in the Torah. Esau’s tears, “his wild and bitter sobbing”, his pain, his recognition that he has been disinherited by his father.  It’s almost to much to bear. The rabbis look at Esau as the father of anti-semitism, linked to Rome the conqueror.  In short, the enemy.  In truth, he is our brother too.  Estranged, yes; thoughtless, yes; impulsive, yes. But also accomplished, skilled, resourceful and strong.

As Tolstoy noted (see above): “each unhappy family is unhappy in its own way”.