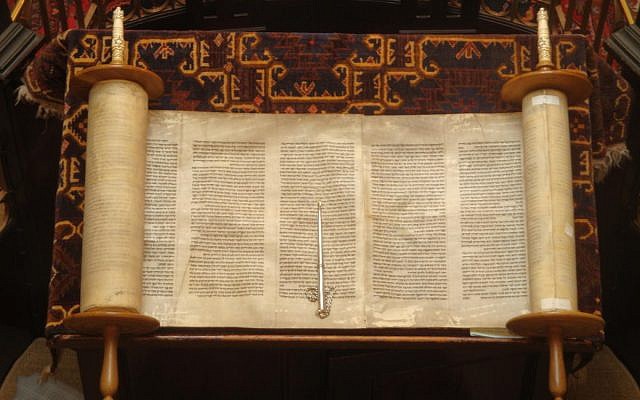 Israeli youth have an easier time reading the Hebrew Bible and Mishnah because Modern Hebrew is often their “mother tongue” – though regularly not their mother’s tongue. (In Israel, many mothers learn the mother tongue from their children – Ephraim Kishon.) But there are differences worth noticing. Our Sages warn that even the meaning of a word in Mishnaic Hebrew doesn’t prove the connotation of the term in Biblical Hebrew.

One such discrepancy between the Biblical and Modern Holy Tongue I think I discovered the past Shabbat. It says in Exodus 20:21 that you shall slaughter an offering “‘Al” (‘Ayin Lammed) the Altar. In Modern Hebrew, ‘Al means: upon. But the Sages teach that such slaughtering must be done next to the Altar, not on it.

The obvious question should be: If it means “next to it,” why does it say “upon it”?

This Shabbat, I remembered that a similar thing is with Pharaoh standing “‘Al” the canal (the Nile – Rashi) (Genesis 41:1). The rabbis explain that the Egyptians saw the Nile as a god, but that Pharaoh was the supreme god – above the Nile. What if here too ‘Al would mean: close to?

Back to the beginning. The first time we encounter “‘Al” in the Torah is already in verse Genesis 1:2 saying that Darkness was ‘Al the surface of the deep (waters – Rashi) and the Breath of G^d was hovering ‘Al the surface of the waters. If ‘Al would just mean here above, it would give us no information, be superfluous. What other place was there for anything but above the waters? No, also here, it must mean: close to the surface. (Darkness and Light penetrate the waters – don’t stay above them.)

And then, very soon in the Bible (Genesis 1:7), we find its Hebrew for above: Mei’al. The waters that were above the firmament. Just like in Modern Hebrew: Mei’al uMei’ever – above and beyond

In my little experience, the Torah is very precise. (When it seems “off,” some deeper meaning is hinted at.) So, let’s look if this holds up.

Soon (Genesis 1:11) we learn that G^d placed trees close to the dirt – not “on the earth” because the most important part of trees (take away the trunk, the tree might recover; cut off the roots, the tree is doomed) is below the surface.

In Genesis 1:26, we learn that G^d wants us to rule over all animals including the creeping things that creep ‘Al the earth. We must assume that moles and worms are included. ‘Al here too means: close to the dirt.

In Genesis 4:14, Cain wonders to be above (Mei’al) the face of the earth. Under the ground would not a problem for him since he repented.

In Dutch we have the same. Bovenop means: smack on top of something. But when we say that he stood bovenop something, it may normally mean not literally upon but rather very very close. We may say: Hij stond er met z’n neus boven op (er pal naast), literally: He stood with his nose on top of it (directly next to it) – He stood very close by.

Biblical ‘Al means close to it; above in the Bible is Mei’al.