The Blogs
Shannon Nuszen
Missionary Awareness Consultant
Apply for a Blog
Advertisement
Please note that the posts on The Blogs are contributed by third parties. The opinions, facts and any media content in them are presented solely by the authors, and neither The Times of Israel nor its partners assume any responsibility for them. Please contact us in case of abuse. In case of abuse,
Report this post. 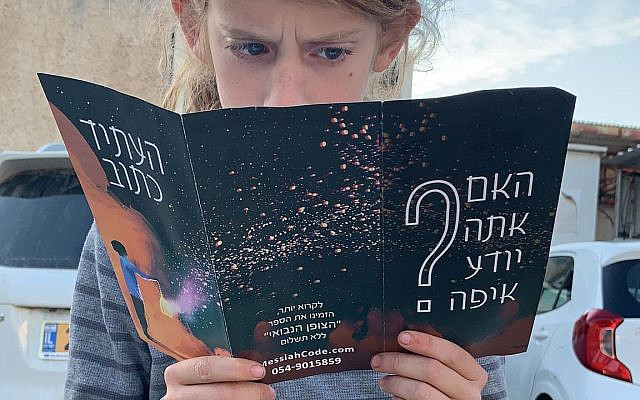 Photo submitted to Beyneynu will full permission from parents for it’s use.

Over the past week, Beyneynu’s hotline has been flooded with shocking reports of missionaries approaching young children.

These incidents occur at frequent intervals, especially in communities where there are known to be active evangelical missionary organizations close by.
It is illegal to proselytize to minors in the State of Israel, but it still happens far more often than we’d like to think. Missionaries in Israel frequently use children to proselytize to Jewish children in order to get around the law, but the most recent reports are of Evangelical Christian adults brazenly approaching young Jewish children, which Beyneynu notes is an alarming development.
One concerned parent noticed two adults speaking to her 9-year-old child on a playground and ran over to find out what was going on. Despite her outrage, the missionaries proceeded to share their message about Jesus with her as well. The child continued to ask her mother about who Jesus is and why they don’t celebrate Christmas, long after they left the playground. 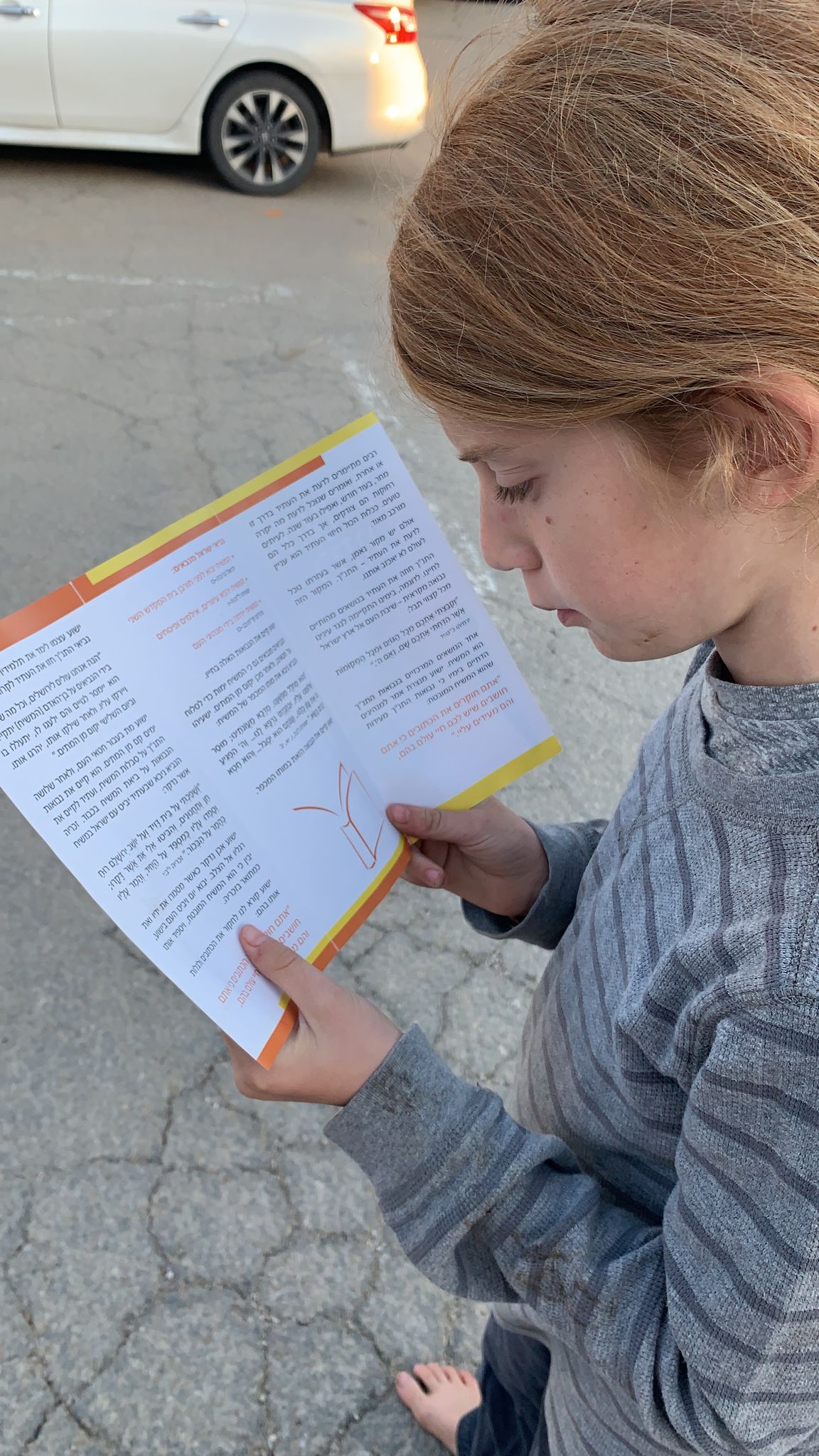 Photo submitted to Beyneynu will full permission from parents for its use.

Earlier today, Beyneynu received a report from another concerned parent that her 12-year-old son found missionary material outside the school library. Once he realized what it was, he searched the area and found several more leaflets scattered around an area where young children usually come to play.

While this is of great concern, the openness of these encounters is also very strange. The law against proselytizing to minors in Israel is well known in the missionary community, and has even been the subject of many articles within the Christian world.
I suspect that the uptick in these situations are an attempt to provoke a response from the Jewish community, so that missionary groups can use the reaction in order to advocate for ridding the very limited concrete restrictions that the state has against people who try to convert Jews to Christianity.
Provoking a response and then crying persecution is unfortunately a common tactic used here. We suspect that these missionaries are hoping to stir up an outcry so they can complain that their free speech is being restricted and demand that anti-missionary laws are repealed. 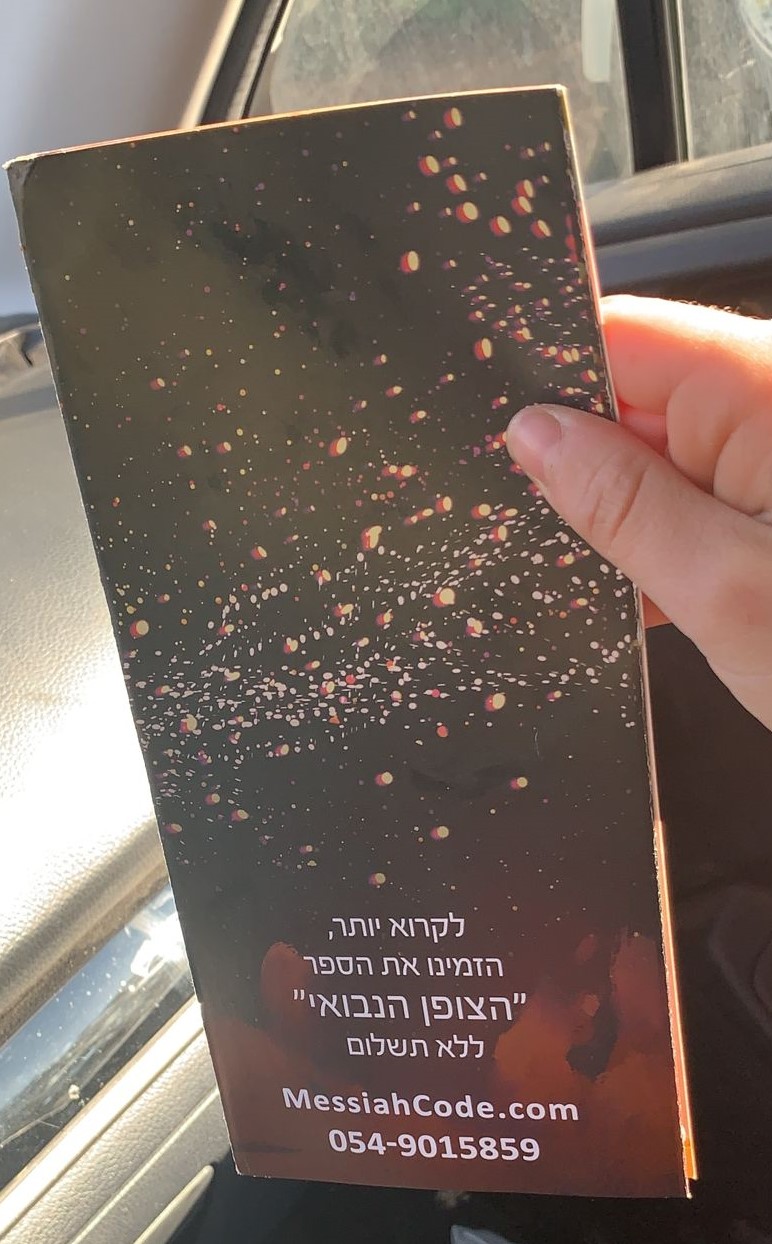 Any incident of proselytizing involving a minor should be reported to the police. Submitting a copy of the complaint to Beyneynu will allow us to follow up as well.

We take great care in protecting the identity of victims if they do not wish to be known.

Beyneynu is a non-profit organization that monitors missionary activity in Israel and abroad. Based in Israel, we work with government and community leaders here and abroad to raise awareness of Jewish evangelism and its danger to the Jewish people; and we encourage safe and consistent boundaries in the interfaith relationships of our Jewish communities worldwide.

About the Author
Shannon Nuszen is a former evangelical missionary, and has spent her entire life studying and analyzing Christian scriptural arguments. Shannon was immersed into the field of religious apologetics as a child by her father, a former "Assemblies of God" minister. Traveling as an evangelist with her father, she learned the inner workings of the evangelical movement, and was exposed to the behind the scenes manipulation and tactics used to convert Jews to Christianity. In the year 2000, Shannon engrossed herself into studying the Christian messianic movement, and was affiliated with some of the most deceptive missionary organizations that have unfortunately penetrated the Jewish world. Her background and history provide Shannon with an intimate knowledge of the Christian missionary agenda and the dangers it poses to the Jewish communities in Israel and the Diaspora. Over the past fifteen years, Shannon has worked in various roles within the counter-missionary field, but has only recently begun telling about her own journey publicly. Shannon founded Beyneynu in 2020 with a focus on bringing awareness of the missionary agenda to Jewish leadership, and monitoring missionary groups operating in Israel.
Related Topics
Related Posts
Comments