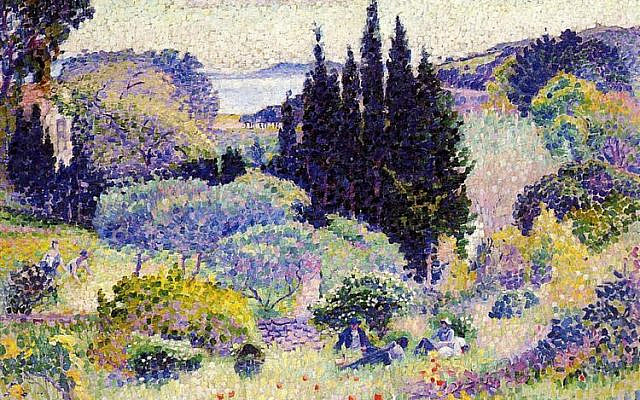 Parshat Kedoshim begins with the imperative “be holy because I, Hashem your G-d, am holy” (Vayikra 19:2). The parsha then goes on to detail at great length what it means to be holy by mentioning a whole range of different mitzvot – keep Shabbat, fear your parents, leave a corner of your field for the poor to collect food from, do not take revenge or bear a grudge, respect the elderly etc. If the Torah spends so long going through all these mitzvot in an attempt to teach us what being holy means, why was it necessary for Hashem to additionally tell us “be holy”? What is this general commandment adding to the specific commandments which follow it? Further, why is it necessary to point out that we have to be holy because “Hashem your G-d is holy”?

Also, in this week’s parsha we are taught “love your friend as you love yourself” (Vayikra, 19:18). Rashi, quoting the Sifra, comments on this pasuk with the famous statement of Rabbi Akiva: “Rabbi Akiva said: this is a great principle of the Torah” (Rashi, Vayikra, 19:18). Currently, we are in the period of Sefirat Haomer, mourning the death of the 24,000 students of Rabbi Akiva, who died because they did not treat each other with honour (Yevamot, 62b). Rabbi Akiva explicitly pointed out the mitzvah of loving others as a major principle of Torah. How is it possible that his students didn’t imbibe this principle and didn’t love or respect each other, to the extent that they all died in one short time period?

Let’s go back to the beginning of Kedoshim to answer all of these questions. The Ramban explains that the command “be holy” is absolutely necessary, and is distinct and different from the sum total of all the different mitzvot which follow it. The Ramban explains that the Torah is teaching us not to be “disgusting with the permission of the Torah” (Ramban, Vayikra, 19:2). It is possible to technically follow all of the mitzvot mentioned in Parshat Kedoshim and still be disgusting, by doing the bare minimum and finding all the loopholes possible. Ramban gives the example of someone who sits and eats excessively all day. Is he actively going against a particular Torah prohibition? Not really. And yet, is he doing what the Torah requires? Probably not. Therefore, the exhortation “be holy” teaches us that whilst the details are imperative, it is important to remember the principles too – the spirit of the law, as well as the letter.

And this could explain why the pasuk ends with the reasoning “because I, Hashem your G-d am holy”. Two of G-d’s names are used in this pasuk – “Hashem” and “Elokim”. The Nefesh HaChaim explains that “Hashem” is the name of G-d that is eternal, separate from this world, distant and awesome and unfathomable and infinite. In contrast, “Elokim” is the name of G-d as He relates to and controls this world, through nature (Nefesh HaChaim, 3:11). “Hashem” is G-d in terms of the principles; “Elokim” is G-d in terms of the details. The end of this pasuk puts the two names together, declaring that they refer to the very same G-d. “Hashem” Who is eternal and distant, Who is G-d of the principles, Who is infinite, is also, at the same time, “Elokim”, G-d of the details, Who controls the natural world. The two names of G-d are really one. The principles and the details are equally important. The Torah is teaching us the importance of both, reminding us not to sacrifice or lose sight of one for the sake of the other.

And this idea can help us answer the question of Rabbi Akiva’s students. Yes, Rabbi Akiva is famous for saying that loving your friend like yourself is a great principle of the Torah. However, there is another famous story about him, recorded in the Gemarah. When Moshe went up Har Sinai to receive the Torah, he found G-d tying crowns to each of the letters. Moshe asked why this was necessary. G-d replied: in the future there will be a man who will derive many halachot from each of these crowns (Menachot, 29b). This exchange tells us about Rabbi Akiva’s method of learning – and presumably also teaching – Torah. His learning was immensely focused on every single little detail, to the extent that he could derive multiple halachot from the crowns on top of every letter. It is an extremely intense style of learning, paying attention to every small detail. And perhaps this was the problem. In all of their learning and focusing on the details, Rabbi Akiva’s students forgot about the principle, the major principle of loving each other and giving each other respect. And perhaps this was why they did not treat each other as they should have.

The details are important. Details of halachot are vital. We cannot dismiss them as being minor and unimportant; they are what build and support the foundations of the mitzvot. However, as Ramban teaches us, it is possible to follow all of the details and still miss the bigger picture, still forget about the general principles, abandon the spirit of the law so completely that the details cannot build anything. That’s what we learn from Rabbi Akiva’s students. And that is what the Torah is telling us when it insists “be holy”. We do not have to be “disgusting with the permission of the Torah”. G-d is expecting something greater of us, He is giving us a higher calling. Don’t just keep Shabbat, fear your parents, leave a corner of your field for the poor to collect food from, do not take revenge or bear a grudge, respect the elderly etc. Be more than that, be more than the sum of that.