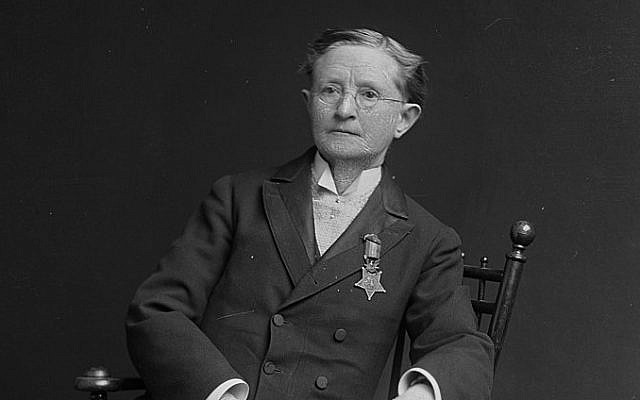 The First Battle of Bull Run, fought on July 21, 1861, was the first major battle of the American Civil War. It was the largest and most bloody battle the United States had ever seen. In total, 460 Union soldiers were killed and there were 387 Confederate casualties. As well as the deaths, there were 1,124 Union soldiers and 1,582 Confederate troops wounded.

One of the reasons for the high death toll was that the Civil War had perhaps the greatest disparity in history between military technology and medical knowledge. While soldiers were fighting with muskets and rifles, doctors were still basing their treatment on the millennia-old theory of humors. They were unaware of germ theory. Real medicine and treatment would be decades away.

For this reason, almost any bullet wound was fatal, unless it was in an arm or leg, in which case doctors would often amputate the limb, which also usually led to death. There was no military ambulance service, and surgeons often had to go out into the battlefield to save lives.

One of the surgeons patching up the Union soldiers was Mary Edwards Walker. She was a strong abolitionist and wanted to serve in Abraham Lincoln’s military. But the army refused to allow female surgeons. When she tried to enlist, she was told she could only be a nurse. But she rejected that offer, having already worked as a surgeon for many years in a private practice she founded with her husband. 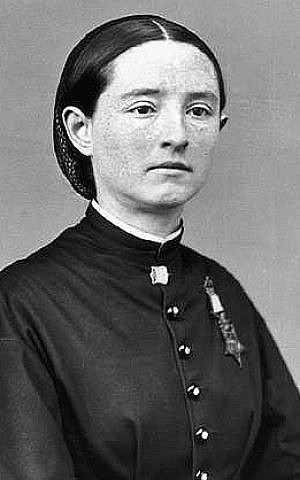 Walker, who was not yet 30 at the time, had long ago decided that she would not be bound by societal norms or expectations of the role of women. Already as a child working on her parents’ farm, she decided that tight corsets were unhealthy, and she started wearing trousers. Her parents Alvah and Vesta Walker insisted that she should have the same education as her brothers. In 1855 she graduated with honors as a medical doctor from Syracuse Medical College. She was the only woman in her class.

At her marriage to fellow medical student Albert Miller, on November 16, 1855, Walker wore a short skirt with trousers underneath. She refused to include “obey” in her vows and insisted on keeping her own last name. She divorced her husband a few years later due to his infidelity.

When the Civil War broke out, since the army would not accept her as a doctor, Walker volunteered as an unpaid field surgeon, first at Bull Run. She was also close to the front lines from December 11–15, 1862, during the Battle of Fredericksburg, and again at the Battle of Chickamauga, fought between September 18 – 20, 1863. 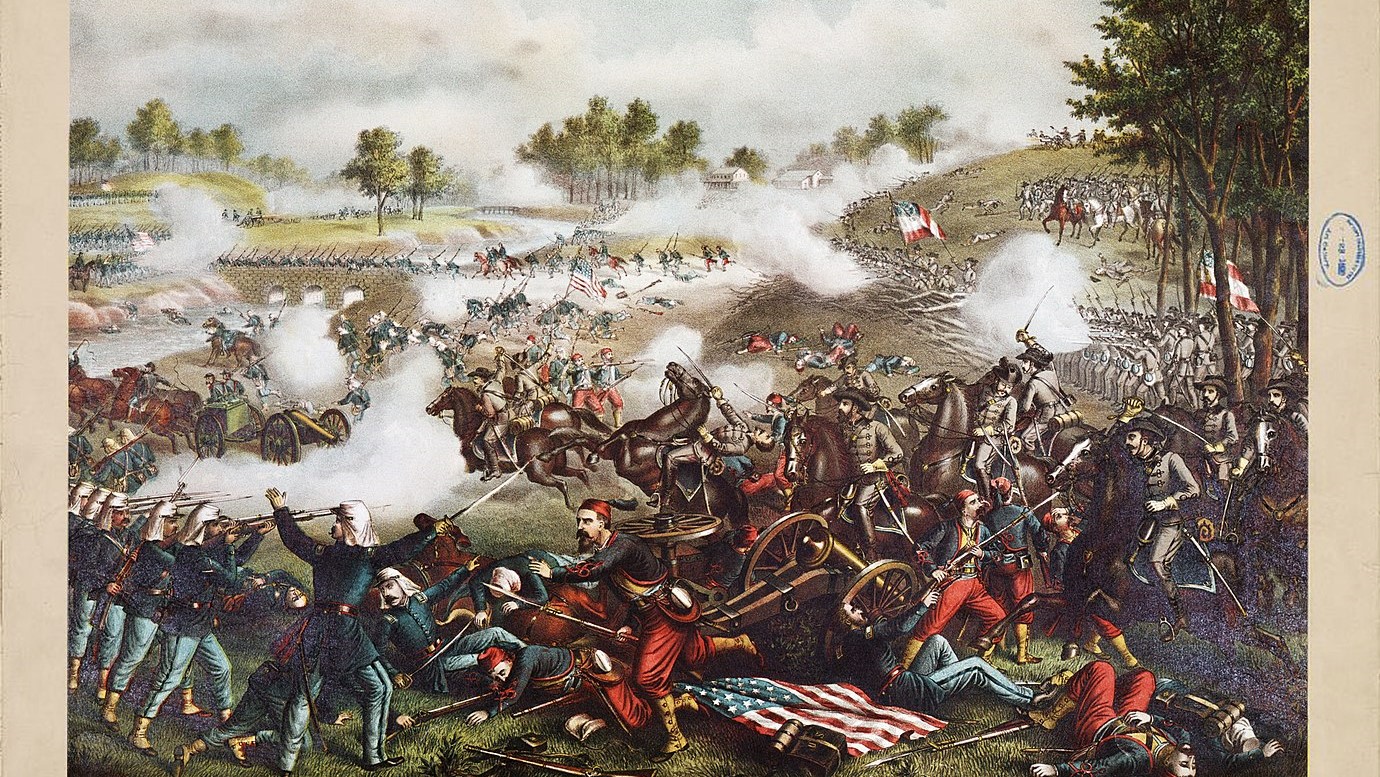 That same month she was employed as “Contract Acting Assistant Surgeon (civilian),” becoming the first woman employed as a US Army surgeon.

Despite her anti-abolitionist views, she would frequently cross enemy lines to treat civilians and even soldiers. On April 10, 1864, she was captured by enemy troops just after helping a Confederate doctor perform an amputation. She was jailed as a spy and held as a prisoner of war in Castle Thunder in Richmond, Virginia until August 12, 1864, when she was released as part of a prisoner exchange.

After the war, Walker asked for a retroactive commission to validate her service. The Army’s Judge Advocate General determined that there was no precedent for commissioning a woman. Instead, in November 1865, President Andrew Johnson personally awarded her the Medal of Honor.

Walker became part of the woman’s suffrage movement and testified twice before Congress. She wrote a book about her views entitled, Hit: Essays on Women’s Rights. She also wrote a book called, “Unmasked, or, The Science of Immorality: to Gentlemen” but she did not put her name to it. Instead, she referred to herself as, “a woman physician and surgeon.” 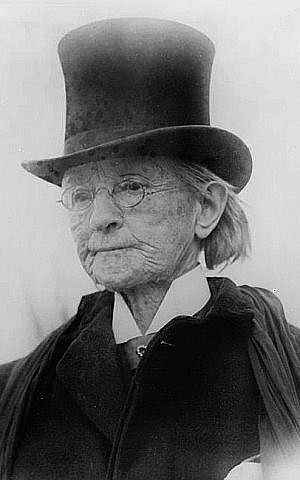 She continued wearing trousers, and even took to wearing a top hat. She was often stopped by police for wearing men’s clothes. However, her answer was, “I don’t wear men’s clothes, I wear my own clothes.”

Walker was the only woman who received the Medal of Honor, along with almost 3,500 men.

However, in 1917, the army conducted a review of all the recipients, and Walker, along with 910 others, had her medal rescinded, because she was a civilian and therefore not entitled to have received it. Nevertheless, there were men who did not have their medal taken from them, despite serving as civilians.

Denied a commission because of her gender, and then denied her medal because she had volunteered, Walker, then aged 84, remained stubborn and refused to return the medal. She felt she deserved the medal for crossing into enemy territory to save civilian lives when no man had been brave enough to do so. According to one story, when the army came to take her medal from her, she came out carrying a shotgun and told them to get lost.

She continued to wear her medal until her death, aged 86, in 1919, a year before the Nineteenth Amendment which gave women the right to vote, was ratified.

It was not until 1977 that her medal was posthumously restored to her by the army. She was cited for her “distinguished gallantry, self-sacrifice, patriotism, dedication, and unflinching loyalty to her country, despite the apparent discrimination because of her sex.” 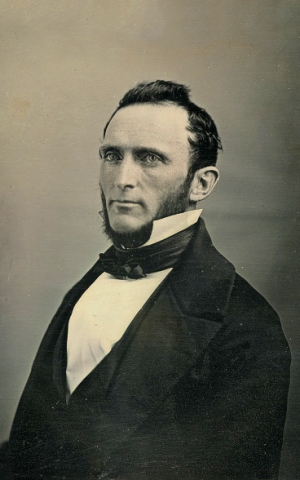 While the First Battle of Bull Run made people like General Thomas “Stonewall” Jackson into household names, still remembered over a century later, almost all the soldiers have been forgotten along with the medical staff who saved as many lives as they possibly could. History often overlooks the people who actually do the job, venerating only those at the top of the chain.

In one of this week’s Torah portions, Acharei Mot, we learn of the Yom Kippur Temple service. Chapter 16 of Leviticus describes the rituals of the High Priest on the day of Atonement. In addition to slaughtering animals, sprinkling blood and blessing the people, the High Priest would enter the Holy of Holies. This was the only day in the year when he would go there, and he went in twice, first carrying a censer of incense which he burned there, and then at the conclusion of the day he returned to bring the censer back out again.

It was not only the most intimate service of the High Priest, it was also the most dangerous of all the ceremonies he performed. Anyone who entered the Holy of Holies with the wrong intent or without having first attained the proper spiritual level, would not survive the year.

During the 420 years that the Second Temple stood, there were over 300 High Priests (Yoma 9a). And of those, Shimon the Just served for 40 years, Yochanan served for 80 years and Ishmael ben Fabus served for 10. Which means that on average, none of the other High Priests lasted more than a year.

In fact, the risk of dying was so great, that they would tie a rope around the foot of the High Priest before he entered the Holy of Holies, so that if he died on the spot they could pull him out.

When the High Priest emerged alive from the Holy of Holies, the relief was palpable. The Mishna (Yoma 7:4) says that he would make a festive celebration with his loved ones when he came out safely from the holy place.

There is a well-known song “Mareh Cohen” describing how marvelous and beautiful the High Priest appeared as he left the Holy of Holies. The song takes its lyrics from a liturgical poem which is based on the Additional Service of Yom Kippur. But the original source for the song is chapter 50 of Ben Sirah, which describes Shimon the Just after he had completed the Yom Kippur service.

How beautiful was he, when he peered out from the tent and when he left the curtained room; Like a star of light amidst the clouds, like a full moon on a festival; Like the sun shining on the king’s palace, and like a rainbow seen in the clouds…

It goes on like this for quite a while – you get the idea.

But the people you almost never hear about are the ones who did the repairs in the Holy of Holies. Who would risk their lives to go and do maintenance inside the holiest part of the Temple.

The mishna (Middot 4:5 cited in Pesachim 26a) states that there were trapdoors in the roof above the Holy of Holies. Once every seven years (according to Pesachim 86a) they would lower down workmen by rope through these trapdoors to make any necessary repairs. The workmen would be enclosed on three sides within a box, so that they shouldn’t accidentally look at the Ark of the Covenant that was kept within the Holy of Holies (at least, it was there during most of the First Temple period. Later, the workmen would have to avoid looking at the space where it had once been).*

These maintenance workers literally risked their lives – being lowered down on a rope and making repairs while struggling to keep their eyes fixed on what they were doing – but nobody wrote songs about them. Nobody remembers their name. Very few people even realize that the Holy of Holies needed regular maintenance work done.

These stonemasons, engineers or cleaners, who risked their lives, deserve every bit as much credit and remembrance as the High Priest. But nobody sings songs about them. And nobody ever made them wealthy.

Most of us are currently stuck inside, complaining that we are bored or itching to get back outside. And ever few days we go outside to applaud the doctors, nurses and other medical staff who work night and day to keep us alive. They deserve far more credit than the politicians who crave the limelight of daily press conferences.

But we must also remember to thank the other people who are working so hard, risking their lives, during this time. The sanitation workers, those who stock the supermarket shelves, the drivers who deliver our food, the water, electricity and gas company workers who ensure we have light, warmth and flushing toilets.

These people are unlikely to ever be as famous as the High Priest, General Jackson or the politicians. But wouldn’t it be great if we could at least remember to thank them from now on every time we see them.

And if the politicians really want to earn our respect, how about repaying these people who are risking their lives with better work conditions and higher wages?

*I resisted the opportunity to make a Raiders of the Lost Ark reference here.

Thank you to The Memory Palace for introducing me to Mary Walker.