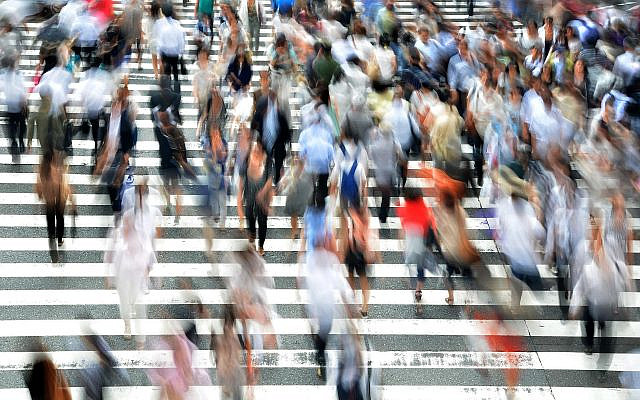 Everyone loves a good comeback story. It has the underpinnings of an underdog plotline with the perfect tinge of skin-chilling drama to keep it interesting. But off the movie screen, such stories are hardly found. One misstep, a mistake made in a moment of lapsed judgment or immature intention, and the walls shoot forth. A friend once remarked, “I think we, as a generation, have become very unforgiving.” If there is no space for correction, then there can be no room for error; only perfectionism is allowed to exist.

The question of second chances stretches into times well before the modern day, as all things do. Indeed, the concept of teshuva—literally translated as “returning”—is fundamental to Jewish living, concretizing the idea that the path to one’s best self is always available. One can always return.

In Parshat Behaalotecha, the Torah presents a striking instance of this at play. Hashem explains to Moshe that each year on the 14th of Nissan, the people should offer the korban Pesach, which, as the name implies, is an intrinsic part of Pesach. Moshe relays the message, and all goes according to plan. Bnei Yisrael assemble, bring their offering, and time moves forward. Except it doesn’t. The Torah then notes: “But there were some men who were unclean by reason of a corpse and could not make the Pesach offering on that day.”(Bamidbar 9:6) They approach Moshe and Aharon, asking: “Unclean though we are by reason of a corpse, why must we be debarred from presenting Hashem’s offering at its set time with the rest of the Israelites?” (9:7).

Moshe’s response should be simple enough: “You snooze, you lose.” (Though in Biblical translation, it may look a bit more like “thy snoozeth, thy loseth.”) Hashem was clear that the 14th of Nissan was the day of delivery, and if some trucks weren’t loaded up, then that was unfortunate, but also conclusory. However, he says nothing of the sort. Moshe instead asks Hashem what to do, and Hashem does something extraordinary: He gives the people a second chance. If anyone is unable to offer the korban on the 14th of Nissan, then the 14th of Iyar will be available to them (9:10).

Rabbi Chananya ben Akavya says that the second date “repairs” the first (Masechet Pesachim 93a). That sentiment is echoed across commentaries. In codifying this mitzvah, Sefer HaChinukh writes that it was Hashem’s will “to allow every man of Israel to merit in this important commandment and that an accident or long-distance not impede him from fulfilling it. Rather, ‘if trouble will occur to him’ and he is prevented in the first month and he did not do it with the earlier ones, he may do it in the second month.”

Perhaps the Pesach Sheni—as the second date is known—serves as a model of second chances. Hashem was well within His rights to deny the people’s request. He could have seen it as undeservedly audacious, punishable even—“Thy snoozeth, thy loseth, now thy payeth.” But the people’s genuine concern, an acknowledgment on their part of their inability to deliver, was received with no special notice. It is almost a given by Hashem’s count, from the Torah’s language, that the request is reasonable. Forgiveness is expressed in opportunity.

Where in our lives do people need a Pesach Sheni? Have we become so unforgiving that those unavailable by our first demand cannot make it up? Are our standards above God’s? Where there is room for compassion, there should be compassion. The Pesach Sheni seems to say as much.