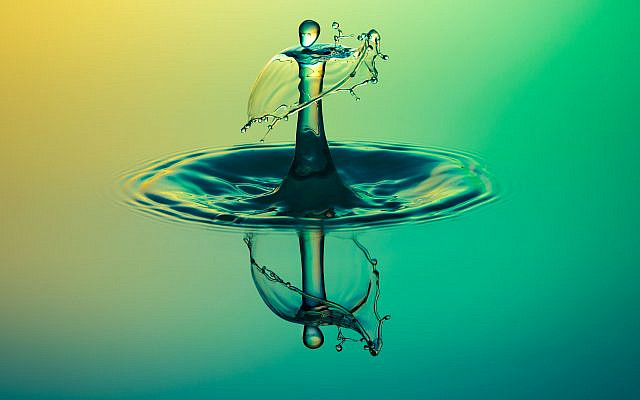 “Every person is expelled from the Garden of Eden,” Israeli singer Hanan Ben Ari sings in his song, “Dream Like Yosef.” His song is a powerful one. Composed of allusions to biblical characters and styled with poetic strength, it takes the stories of the Torah’s figures and dresses them in modern garb. The Torah tells not only the collective Jewish narrative and our shared story, Ben Ari’s song suggests, rather it also records an ongoing one, always relatable and eternally relevant.

This is especially true in Parshat Bereishis, when we read of Adam and Chava’s banishment from the Garden of Eden, which, in some regard, is about our own banishment, too.

The story of Adam and Chava is generally well known. After Hashem created them, He told them they cannot eat from the Eitz HaDas (Tree of Knowledge), and lo and behold, they both ate from the fruit of the tree. Consequently, Hashem removed them from the Garden of Eden, and He locked its gates, so to speak (Bereishis 3:23-24). The gist seems pretty straightforward: Hashem told Adam and Chava not to do something, they decided to do it anyway, and they got punished for it. That, however, is only a surface-level perspective.

After Adam and Chava ate from the tree, the Torah says, “Hashem-Elokim called out to Adam and said to him, ‘Where are you?’” (Bereishis 3:9). This is strange for several reasons, many of which are fleshed out in the commentaries. One, though, stands out among them: Why is Hashem asking Adam where he is? Doesn’t He already know, and why does it even matter?

Malbim suggests that we are reading the question incorrectly. He says Hashem is not asking for Adam’s location in terms of geographic proximity. Instead, Hashem is rhetorically challenging him, “What happened to you? Where are you — the Adam you truly are? Where have you fallen?” Rav Kook makes this same point, but he expounds even further.

“Adam sinned,” Rav Kook writes. “He was alienated from his essence. He turned to the consciousness of the serpent and lost himself. He did not know how to give a clear answer to the question, ‘Where are you?’ because he did not know himself, because he had lost [his] true ‘I,’ with [his] sin of bowing to a strange god” (Shmoneh Kevatzim 3:24:1).

Rav Kook’s take frames this in a completely new light. Adam and Chava eating from the Eitz HaDas was not an arbitrary act of defiance against the will of a separate Being. It was an act of self-deception and, thus, self-sabotage. At our core, Rav Kook says, we have ultimate clarity on everything in life; the essence of a person is their soul — the essential “I” who is wholly and completely aligned with what we want in the depths of who we are. This soul is a ray of Hashem, a single expression of the Soul of all souls, like a ray of light emanating from the sun. Adam and Chava were self-aware souls; they felt the truth of who they were, and they only wanted to do Hashem’s will. The issue arose when they lost themselves.

If we were all self-aware, we would only express the Divine will. The reason why we have any aversion to performing Hashem’s will of love, goodness, justice, and peace is only from a lack of self-awareness, an amnesia of who we are. In this vein, if Adam and Chava were banished from the Garden of Eden for forgetting their “true I,” as Rav Kook said, then we can only return by reclaiming that very same “I.” When we begin the journey of self-awareness, locating our true “I,” we will find that the road ends from where we started: the Garden of Eden.