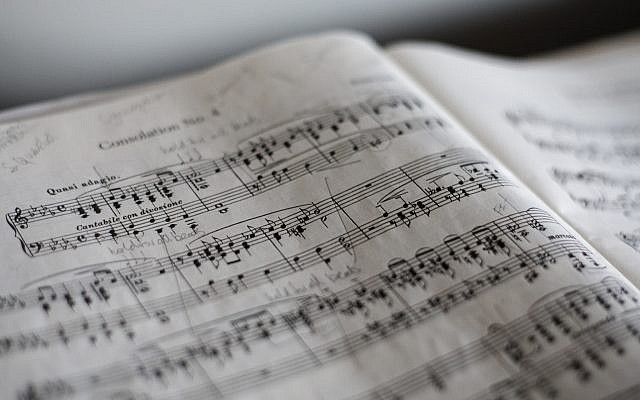 Photo by Marius Masalar on Unsplash

“Water, water everywhere”. Coleridge could have been talking about this week’s parsha, which is filled with incidents revolving around water – and the lack of it (and features poetry quite heavily too). Most famously, this week’s parsha contains the splitting of the sea. The Jewish people have left Egypt, Pharoe and his army chase after them, Moshe stretches out his arm, the wind blows, the sea splits (Shemot, 14:21). Bnei Yisrael walk through on dry land and are saved; the Egyptian army drowns. The Jewish people respond with song: “az yashir Moshe”, “then Moshe sang”, and Bnei Yisrael with him, in thanks and praise to G-d (Shemot, 15:1).

However, the verb “yashir” in this pasuk is, intriguingly, in the future tense – “then Moshe will sing.” Rashi, picking up on this problem, offers two different explanations. The first is that this song was, as Wordsworth would have it, “a spontaneous overflow of powerful feeling”. Moshe’s heart told him “you will sing” – and so he sang (Rashi, Shemot, 15:1). This song, this shira, came directly from the heart. The Maharal explains that this indicates the overpowering and true joy Moshe – and the Jewish people singing with him – felt (Gur Aryeh, Shemot, 15:1). At this moment, Moshe and Bnei Yisrael felt something that could not be processed rationally; something beyond articulation, something beyond the limits of logic. It was a feeling that rose from the heart, a feeling that could only be expressed through song. Of course they felt awe and gratitude and relief that their slavery was finally over. But what was so powerful about this feeling that it could not be processed logically, and could only be communicated by the heart, through song?

In order to answer this question, we turn to the second answer Rashi gives. Rashi quotes Chazal, who use this pasuk as an answer to the question of where the resurrection of the dead is hinted to in the Torah (Sanhedrin 91b). This verb is in the future tense because it hints to a future time when Bnei Yisrael will sing shira: at techiat hametim (Rashi, Shemot, 15:1). But what’s the connection between the resurrection of the dead and the splitting of the sea?

At this moment, the Jewish people did not just see the sea splitting. They did not just see Hashem saving them, or the Egyptians drowning, or the end of their slavery. At this moment, the Jewish people saw – in a flash – the entirety of Jewish history. They experienced a prophecy so strong that they were able to taste Moshiach. This is evident in their shira; whilst it begins by focusing on the splitting of the sea, it ends by declaring the ultimate goal and end of Jewish history: “You will bring them and plant them on the Your own mountain, the place You, G-d, made to live in, the sanctuary, G-d, that Your hands established. G-d will reign for ever and ever!” (Shemot, 15: 17-18). Rashi comments on the last verse that it is the language of eternity (Rashi, Shemot, 15:18). At this moment, the Jewish people see the end of Jewish history – they see the nation being brought to the land of Israel, they see the Beit Hamikdash being built, they see techiat hametim, they see G-d reigning alone. At this moment, Bnei Yisrael taste Moshiach. Something that cannot be expressed in words or thought about logically; something that is experienced by the heart, and conveyed through poetry and song.

Another parallel between the redemption from Egypt and the final redemption is highlighted by the pesukim describing how “Miriam the prophetess, Aharon’s sister, took a drum in her hand, and all the women went out after her, dancing with drums” and singing (Shemot, 15:20-21). The Kli Yakar comments that the women sang the same song as the men, that the men and women were, at that moment, completely and clearly equal (Kli Yakar, Shemot, 15:20). He links this pasuk to a pasuk in Yermiyahu that, in the context of the final redemption, states “a woman courts a man” (Yermiyahu, 31:22). Just as the men and women were equal at the Yam Suf – they saw the same miracle, experienced the same prophecy, felt the same awe and joy – so will men and women be completely and clearly equal at the time of Moshiach.

Just before Bnei Yisrael sing shira, the pasuk tells us that they had emunah in Hashem (Shemot, 14:31). The word “emunah” can be translated as “faithfulness”. At the Yam Suf, Hashem showed the Jewish nation that He was faithful to them, that He was looking out for them and protecting them with miracles. And the Jewish people, as a nation, reciprocated, pledging to be faithful to Hashem. This relationship is what the splitting of the sea was predicated on. And this relationship will be what brings the final redemption too.

About the Author
Born and raised in London, I spent a year in Israel and am currently studying English Literature at university.
Related Topics
Related Posts
Comments