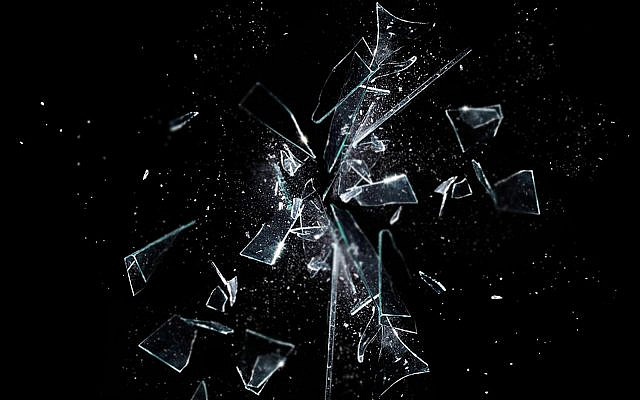 Light reveals the world around us and allows our surroundings to register in our minds. When the light is removed, and only darkness remains, we experience reality in a completely new manner; the darkness brings us into a world of the unknown.

Parshat Bo begins with Hashem instructing Moshe to confront Pharaoh after his continued refusal to release Bnei Yisrael from their slavery. Eventually, Hashem has Moshe summon locusts to swarm Egypt, leading to another plea by Pharaoh to reverse the makah (plague). As expected, Pharaoh does not let Bnei Yisrael leave Egypt, resulting in Hashem telling Moshe to bring the ninth makah of darkness.

The pasuk describes that “Moses held out his arm toward the sky and thick darkness descended upon all the land of Egypt for three days” (Shemot 10:22). Rashi elaborates that there were two periods of darkness which affected the Egyptians; the first inhibited their sight while the second was “twice as thick” and restricted their movement.
Rashi’s elucidations demonstrate that the darkness was essentially rendering the Egyptians to be completely helpless. They were unable to see any other human beings, and they could not rise from their seats or sit down from where they stood; the darkness constricted them.

Absolute vulnerability, where one is completely powerless, is a terrifying thing. This is one way to conceptually understand the significance of this makah as both a demonstration of Hashem’s ultimate control of the world and the experience of the Egyptians. However, we sometimes find darkness in our own lives which constricts us in a similar vein.
The darkness in our lives can be myriad inhibitions. Social pressure, personal insecurity, confusion of goals, or simply negative energy can be the paralyzing force that holds us captive.

Rav Kook writes, “There are certain righteous people who… feel anxiety and pressure within their souls. They do not focus enough attention on their inner greatness…They walk around bent over, with the weight of the world and its cruel anger hovering above them” (Shmoneh Kevatzim 8:6).

These powerful words can speak to everyone on their own level. We can all remember our individual experiences where the darkness in our own lives felt like steel anchors on our limbs and a thick, dusk cloth tightly bound over our eyes. In those times, the cloud of confusion blinds us from seeing the greatness of ourselves and the capabilities that Hashem imbued within us.

Rav Kook suggests a solution, as he writes, “the beginning of teshuvah is the return to oneself, to the Source of one’s souls” (Shmoneh Kevatzim 8:213).

One can suggest, then, that we can all relate to the makah of darkness in a personal way. Perhaps because the Egyptians refused to acknowledge Hashem and their obligation to release Bnei Yisrael, the blinding and constraining darkness became their physical reality. We can sometimes feel that in our own lives. Rav Kook shows us that in order to free ourselves from the paralyzing darkness, we must first return to our essence and see the light.