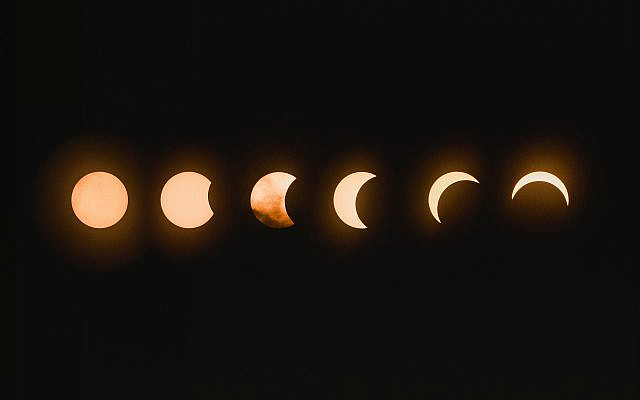 Photo by Mark Tegethoff on Unsplash

This week’s parsha begins with a familiar pattern: “Hashem said to Moshe: come to Pharoe” and tell him about the next plague I will perform (Shemot, 10:1). The Ba’al Haturim points out that previously the commandment has been “go to Pharoe” but in this week’s parsha, Moshe is told “come to Pharoe”. He comments that the Hebrew word meaning “come” has the numerical value of three, hinting to the three plagues that are contained in this week’s parsha (Ba’al Haturim, Shemot, 10:1). The question is: why are the ten plagues broken up and spread over two Parshiyot in this way?

At the end of last week’s parsha, after the plague of hailstones, Pharoe called Moshe and said to him “I have sinned this time, Hashem is righteous and I and my people are wicked” (Shemot, 9:27). This recognition of Hashem shows a drastic change in Pharoe’s attitude from before the plagues started, when he asked Moshe “who is Hashem that I should listen to him?” (Shemot, 5:2). Throughout last week’s parsha – in response to this question – there was a constant emphasis on Hashem sending the plagues so that the Egyptians would know and recognise Him as G-d. By the end of the seventh plague, this has been achieved.

The last three plagues, therefore, have a different purpose. They are not for Pharoe and the Egyptians. Instead they are “in order for you to tell, in the hearing of your children and grandchildren, how I… displayed My signs amongst (the Egyptians), so that you will know that I am Hashem” (Shemot, 10:2). The last three plagues serve a different goal to the first seven. They are not for Egypt. They are for Bnei Yisrael.

The Haggadah quotes Rabbi Yehudah, who separates the plagues into three groups and connects the last three plagues: locusts, darkness and death of the firstborns. These are all plagues which originated from the heavens, showing G-d’s ultimate control over creation. The Maharal, in fact, points out that the ten plagues parallel the ten utterances of creation (mentioned in Avot, 5:1) – the ten plagues were an act of cleansing and purifying all ten layers of reality, again displaying G-d’s control over all levels of creation (Maharal, Gevurot Hashem, 57). These last three plagues, as the culmination of all ten, aimed to reinforce to the Jewish people the extent of Hashem’s power, in creating and controlling the world.

This week’s parsha also contains the first mitzvah given to the Jewish people as a nation, the mitzvah of Rosh Chodesh – “this month is for you, the beginning of the months” (Shemot, 12:2). The Sforno explains that this was the mitzvah given to the Jewish people as they transitioned from slavery to freedom to show them that, unlike when they had been slaves, they would now regain control over their own time (Sforno, Shemot, 12:2). Bnei Yisrael decide when the new month is; during Temple times, the process of declaring a new month involved witnesses having to testify before Beit Din and Beit Din then declaring it to be Rosh Chodesh. Hashem gave the Jewish people the power to decide the new month (which the dates of chagim are dependent on) and sanctify it. In the mussaf amidah of Rosh Chodesh, the main bracha ends “blessed are You Hashem, who sanctifies Yisrael and new months”. Although there is a general rule that a bracha should not end with two signatures, this is permitted because Yisrael are solely responsible for sanctifying the new month (Berachot, 49b and Rashi, SV: “who sanctifies Shabbat, Yisrael and zmanim). Hashem, in this week’s parsha therefore, also gives Bnei Yisrael the ability to take control. Our relationship with G-d is not one-sided; it is a covenant, a treaty with two sides. This week’s parsha illustrates perfectly this relationship: at the same time as Hashem is reinforcing His control over the world, He also encourages and empowers Bnei Yisrael to actively play a role.

The mitzvah of Rosh Chodesh is designed to help us remember this relationship we have with G-d. Rav Hirsch comments that this mitzvah, the focus on the new month and the new moon, “draws the looks and the thoughts of the people afresh up to (Hashem)” (Rav Hirsch, Shemot, 12:2). The moon and its natural process of waxing and waning is a symbol of both the natural phenomena which G-d controls, and also the power G-d gives to the Jewish people to declare the new month. The moon, however, is also a reminder of the importance of humility. There is an aggadata which tells us that, initially, the sun and the moon were created the same size. However, the moon complained that two kings could not share one crown. As a punishment, G-d diminished the moon (Chullin, 60b). We must always remember the ultimate Creator and Controller of the world. However, Parshat Bo also teaches us that Hashem has given us a lot of power – and therefore expects us to use it.

About the Author
Born and raised in London, I spent a year in Israel and am currently studying English Literature at university.
Related Topics
Related Posts
Comments