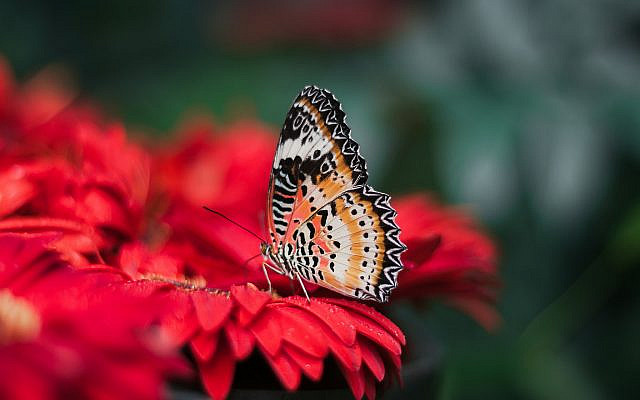 Photo by Tung Minh on Unsplash

And so we begin the fifth and final sefer of Torah – Sefer Devarim, the book of words. The sefer, and this week’s parsha, is named after it’s opening pasuk: “these are the words that Moshe spoke to all of Bnei Yisrael, on the other side of the Jordan, in the desert” (Devarim, 1:1). It is the first day of the eleventh month, about five weeks before Moshe’s death, and Moshe gathers the people in order to give them some final words of wisdom. His speech constitutes Sefer Devarim. For someone who insists that he is “not a man of words” (Shemot, 4:10) and is “impeded of speech” (Shemot, 6:12), this is quite a feat. What happened to Moshe between us first encountering him at the burning bush and now, as he stands up to give his last message to Bnei Yisrael? How was Moshe able to transform himself from someone who was not a man of words to, seemingly, an orator?

In order to answer this question, we need to ask another one: why is Parshat Devarim always read on the Shabbat before Tisha Ba’av? In Parshat Devarim, Moshe recounts the story of the meraglim, the twelve spies sent to spy out the land of Israel before the Jewish people entered it. They returned with a bad report and Bnei Yisrael cried all night. The Gemarah tells us that this happened on the night of Tisha Ba’av. Hashem saw the people crying and said: because you cried tears in vain, I will establish this night as a night of crying for all generations (Ta’anit, 29a). The meraglim and their report are seen by Chazal as the root of the mourning and destruction of Tisha Ba’av. Therefore, it is appropriate to read about this story the Shabbat before Tisha Ba’av.

When Moshe retells this story to the people, he adds a detail that is not explicit in Parshat Shelach Lecha, when the story actually occurred. In his speech, Moshe gives a reason for the people’s tears: they heard the bad report about the land and they were worried they would not be able to conquer it. “You sulked in your tents and you said: because G-d hates us He took us out of the land of Egypt to give us into the hands of the Amorites to destroy us” (Devarim, 1:27). At the time of the meraglim, Bnei Yisrael had reached a point where they believed that Hashem redeemed them from an Egypt – an ultimate expression of His love for them – was actually motivated by hatred. It is this twisted perspective that led to the spies seeing a land of goodness, flowing with milk and honey, as a land of death, violence and destruction (based on Rabbi Charnoff’s shiurim on Parshat Devarim). At this point Bnei Yisrael saw goodness and love as badness and hate.

Sefer Devarim is also referred to as Mishneh Torah, a repetition of the Torah. It is Moshe’s retelling of many events that have happened since the Jewish people came out of Egypt, his rebuke and his advice to the people. In his introduction to Sefer Devarim, Ramban explains that Moshe’s rebuke throughout Sefer Devarim is especially important. He writes that the rebuke and mention of the people’s sins in the desert were supposed to serve as a reminder of Hashem’s mercy and kindness to Bnei Yisrael, in continuing to look after and protect them. Even when the people angered Hashem, even when Hashem judged and punished the people for their sins, they were not destroyed. The relationship was not broken. Even in the badness, there was still an element of mercy and love.

In this way, Sefer Devarim serves as a tikkun for the sin of the spies and the root of Tisha Ba’av. Moshe uses his last speech to the Jewish people to reinforce this message to them. There is a loving relationship between Hashem and Bnei Yisrael. It is dangerous to see goodness and love as badness and hate. To fix this, it is imperative to see that, even in the badness, there was still an element of mercy and love. Therefore, Sefer Devarim is a sefer about transformation of perspective. Moshe is transforming the perspective of the Bnei Yisrael, rewriting how they should view and approach their relationship with Hashem.

And Moshe is also able to transform his perspective of himself. Often when faced with a new challenge, as Moshe was at the burning bush, it is easy to think we are inadequate, that we are not a “man (or woman) of words”. But Moshe has led the people for forty years. He has overcome many challenges, he has faced difficulties, he has been forced to use his speech even when he feels uncomfortable. And now he is able to view himself differently. He is able to stand up in front of all the nation and deliver a thirty-seven-day speech. He is able to recognise his abilities. He is able to see that he has overcome his “speech impediment”.

Moshe has been transformed. He shows Bnei Yisrael, as they are about to enter the land, how to transform their perspective and themselves. And, on the eve of Tisha Ba’av, Moshe’s words echo through time to speak to us as well: maybe we need a shift in perspective too. Where can we focus on not seeing the goodness and love as badness and hate but instead focus on seeing that, even in the bad, there is an element of mercy and love?