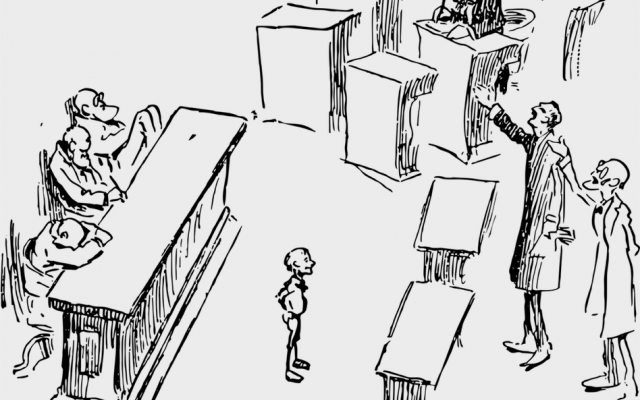 Arguing is a pretty fun sport. It’s a sparring of sorts with an assortment of tools and techniques designed to disarm and defeat your opponent. Schools even have a league for them: debate teams. There is, however, a type of debating that reaches beyond its “fun” and enters a field of destruction. The Greek comedy “Clouds,” written by Aristophanes in 423 BCE, captures that with its portrayal of sophists—radical intellectuals who defended absurd positions through tactical argument. At the center of the play is a son who beat his father and utilizes the sophists’ approach to defend, and justify, his actions.

What “Clouds” captures is argument in its worst form. But it need not be that way. Judaism places healthy, productive debate—what we call machloket—on a prime pedestal. Indeed, the Talmud’s very nature is machloket on anything and everything, including theological, philosophical, textual, and even grammatical points. In order to appreciate the “correct” form of debate, we should turn to the incorrect form, essentialized in Parshat Korach.

The parsha is named after an individual who sought to usurp Moshe and Aharon from their positions as Bnei Yisrael’s leaders. It was a rebellion, an insurrection of sorts, rooted in a logically flawed assertion that everyone should be the leader, for none can place one person above the other. The Torah’s exposition to this event is oddly worded: “And Korach took,” the first pasuk begins, though it never mentions an object of Korach’s taking (16:1). Rashi quotes Midrash Tanchuma for a dramatic reading of those words. “‘And he took’ can only mean conflict,” the Midrash says, “that his heart took him” away from the people, placed him opposite the congregation. Korach was a rabble-rouser, a contrarian, a conspiracy theorist.

One may be inclined to defend Korach. Do Moshe and Aharon reign supreme with no room for challengers? After all, Judaism encourages strong-spirited debate. Should the leaders be exempt from such an ideal? Pirkei Avot enlightens that perspective.

For Korach, he fought with Moshe and Aharon for the sake of fighting, not the sake of heaven. Had he approached them with a genuine curiosity, a willingness to learn and perhaps change his mind, then his charge that all are qualified to lead would have been “valid,” so to speak. “Why then do you raise yourselves above Hashem’s congregation?” they accuse (16:3). Anyone who knew those two, just based off the Torah’s description, would find the idea laughable.

Rabbi Chiya bar Abba teaches us that, when we engage in machloket, we fight with one another like “enemies in the gate.” But before we leave the study hall, we must love one another (Masechet Kiddushin 30b). Korach could not move past that first part. There was no love in his words. Korach, like the sophists, fought for the sake of fighting. That was the problem.