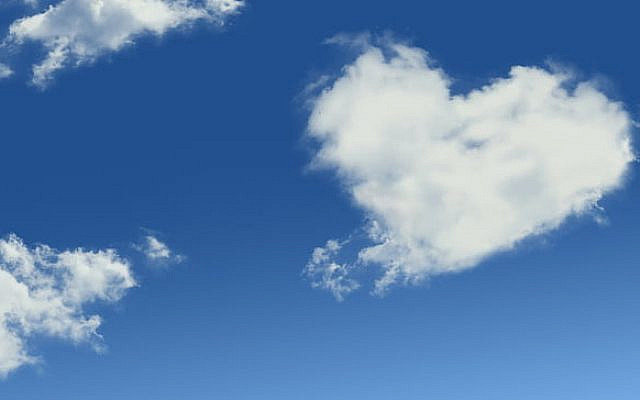 Love is sought after by everyone in the world, albeit in different forms, as we see marketed in movies and stories across the world. This make sense, as love is among the most central aspects of our relationship with Hashem. “Praise the LORD; for He is good, His steadfast love is eternal,” it says in Tehillim (136:1), followed by 25 lines of a similar tune. Our very reality exists by virtue of Hashem’s unbound love for all creatures, humans, and creations. Yet, the most extraordinary thing about our relationship with Hashem is that we can love Him back.

In Parshat Lech Lecha, Hashem mentions something to Avraham — at the time “Avram” — that is the greatest testimony to our connection. After Avraham fights and wins a war against four powerful kings who kidnapped his nephew Lot, Hashem speaks to him, as the Torah says: “Some time later, the word of the LORD came to Avram in a vision. He said, ‘Fear not, Avram, I am a Shield to you; Your reward shall be very great’” (Bereishis 15:1).

Common understandings of Hashem being a “Shield” to Avraham include a reassurance that Hashem has not “paid” Avraham’s reward already, Avraham will be protected against any retaliatory actions, or that Hashem will not punish Avraham for the loss of life in the war. However, this phrase of Hashem being Avraham’s “Shield” is a familiar one, as we say it three times a day at the conclusion of the first bracha in Shmoneh Esrei: “Blessed are You, YHVH, Shield of Avraham.” What, then, can we understand this to mean?

Rabbi David Aaron offers a profound answer to this question in his “Soul Powered Prayers,” as he writes, “Avraham was the first person who was able to stand in God’s presence, relate to Him and enter into a covenant with Him. Until Avraham, people either thought they were too insignificant to have a relationship with God, or they believed that they too were gods. By virtue of the covenant He made with God, Avraham revealed to us the secret that, although there is nothing except God, we exist within the loving embrace of God” (p. 36).

Rav Aaron goes on to explain that Hashem shields us from His Endless Light and Love, creating a space for us to exist and, in return, preserve our individuality and love Him, too. Thus, Hashem is the Shield of Avraham in the sense that, in the same way Hashem gifted Avraham with His loving embrace, protection, care, and presence, we receive that, too, but it’s not at the cost of our identity.

In Kabbalah, this is referred to as tzimtzum, Hashem withdrawing and concealing His presence so we could exist with a direct connection to him and an individual identity. Thus, on a deeper level, Hashem was reminding Avraham that while he would continue to merit Hashem’s protection and care, it would not undermine himself.

Our relationship with Hashem, then, is the perfect model to bring into our own lives. A healthy, loving relationship is one in which each person can give and receive, preserving their identity while sharing a harmonious. It’s precisely the space each person has to breathe that ensures the relationship brings about success, not suffocation.

Hashem is our Shield of love, every moment and minute of our lives. When we sense an absence of His presence in our lives, perhaps it’s a sign that it’s our turn to love back. Hashem loves us so much that He gives us the gift of growth, trial and error to achieve our potential. He was Avraham’s Shield, and now He’s our Eternal Shield of love.