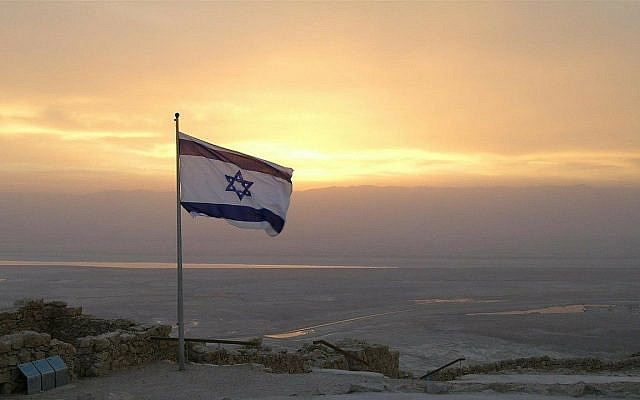 One consequence of the Jewish diaspora is our historical reliance on foreign empires and nations. As time went on and we traveled country-to-country, we found ourselves dependent on the will of whichever place we decided to dwell. Whether with Spain or Poland, our time in those countries was always ephemeral, contextualized by the uncomfortable truth that while we may adjust to our surroundings, we were never truly home; our safety and survival were contingent on the goodwill of those who found us in their borders.

This historical theme takes on a newfound interest in Parshat Mikeitz. Having been sold into Egypt as a slave, climbing to more power, and being jailed as deviant, Yosef finds himself at rock bottom. Two years after his imprisonment began, Pharaoh learns of his dream-interpretation abilities and requests his service. Yosef successfully interprets Pharaoh’s dreams and is subsequently promoted to be the viceroy of Egypt. Pharaoh told him, “Since God has made all this known to you, there is none so discerning and wise as you. You shall be in charge of my court, and by your command shall all my people be directed; only with respect to the throne shall I be superior to you. See, I put you in charge of all the land of Egypt” (Bereishis 41:39-41).

In Yosef’s story, this move is a game-changer. His role transition from “zero to hero” has incredibly significant implications for the development of Jewish History and his eventual return to his father Yaakov, who believed Yosef dead since he was first sold as a slave. In that regard, his promotion was a success, and a vital one at that. Yet, when we think of Yosef in this role, we tend to idealize it in a vacuum, framing his service to a foreign country as an inherent value.

Of course, during this chapter in Jewish History, the idea of Jewish sovereignty could be nothing more than a thought, if it even was one. But reflecting on how we perceive Yosef’s chief role in Egypt can inform us of contemporary values and issues that are related.

Zionism marked the first contemporary development that made Jewish independence, often thought of as a myth, seem probable. Rav Kook had many writings about Zionism and its importance for the Jewish People, but one of his writings particularly relates to the discussion of national Jewish dependence.

He writes, “The most terrible Divine curse in exile is a heart full of fear … The fear of the heart spreads through one’s spiritual life no less than it spreads through one’s entire physical life … The time has come when we need to consider reality and expand our mindset. We are unable to exist now as we existed in the past according to the necessities of exile. There, we threw our hopes to non-Jewish authority, and when we were in need of sciences we turned to non-Jewish languages. Not so in the land of Israel” (Maamarei Hareiyah p. 504).[1]

Ultimately, Rav Kook’s words invite us to take another look at Yosef’s situation. Was his promotion extraordinary? Absolutely. Was it necessary? Of course. Was it ideal? Well, no. The notion of Jewish dependence on other nations or powers places us under the thumb of others, whereby we relinquish our roles as masters of our fate. Living in the diaspora, we surely cannot be naïve to the necessity of being engaged and committed to enacting positive change — for ourselves and for others. At the same time, we should not allow the exile consciousness of fear supplement the vision of Jewish independence, a nation dependent only on itself and Hashem.

[1] As translated by Rabbi Ari Ze’ev Schwartz in “The Spiritual Revolution of Rav Kook,” p. 131