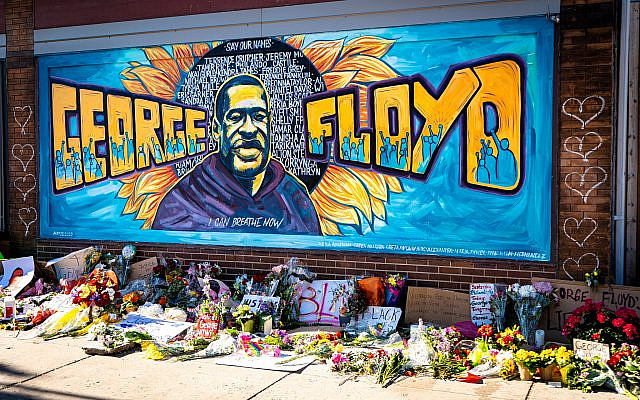 Photo by munshots on Unsplash

This week has been filled with pain, posts and protests triggered by a photo of a white policeman kneeling on the neck of a black man, George Floyd. Mr Floyd died from asphyxiation. The pictures of this have deeply shocked and horrified me. But I think that Parshat Naso, the parsha that would be read outside of Eretz Yisrael this week, contains an insight that can help shape our reaction.

This week’s parsha contains the somewhat difficult pesukim dealing with the “isha sotah” – a woman who is suspected by her husband of adultery, who is warned by her husband not to go into seclusion with another man and who subsequently does go into seclusion with another man. The pesukim describe a whole procedure designed to ascertain the guilt of the woman and the man she was secluded with (Bamidbar, 5:13-29). The end of the process is the isha sotah drinking a mixture of bitter waters: if she is guilty, her stomach distends and she dies (along with the man she committed adultery with), if she is innocent she is promised a child. These pesukim – filled with jealousy, suspicion, distrust and the public humiliation of the isha sotah – are uncomfortable to read. What is the aim of this process? Why does only the woman have to drink the water? Why is it carried out in such a public way?

There are various answers to these questions, some more satisfactory than others. However, perhaps one can be suggested from the Rambam’s codification of the halachot of the sotah. Rambam rules that no woman is compelled to drink the bitter water. She can confess, she can maintain her innocence and simply refuse to drink, or her husband can say he doesn’t want her to drink. In such cases, the husband and wife will get divorced, without the sotah having to undergo any public ordeal (Rambam, Hilchot Sotah, 2:1). According to Rambam, the sotah procedure is only carried out if both the husband and wife agree to it. And it is highly probable that a guilty woman would refuse to drink the water. It is, therefore, “only in such a rare case – in which his warning and her defiance combine with the two of them wanting stay together – [that] the sotah ordeal is performed” (Rav Uri Cohen, ‘Nasso 5773’, https://harova.org/. To get to the stage of drinking the sotah waters, a marriage must have deteriorated significantly. However, if both partners agree that they are willing to work on their relationship, the bitter waters of the isha sotah are meant to be the first step in repairing and strengthening their marriage, by eliminating suspicion and proving innocence.

But the sotah process has a secondary purpose. In the parsha, the sotah is followed by pesukim discussing the nazir. Rashi explains this juxtaposition serves to teach that anyone who sees the isha sotah should be careful to separate themselves from wine [i.e. become a nazir] because it may lead to adultery (Rashi, Bamidbar, 6:2). The Gemarah reaches the same conclusion (Sotah, 2a). One who happens to be at the Beit Hamikdash on the same day that is sotah is there and sees her – they are seeing her for a reason.

The Netziv explains why one who hears someone else curse G-d publically incurs guilt when they repeat this curse before Beit Din in testimony (Ha’emek Davar, Vayikra, 5:1, 24:17). They are considered somewhat guilty because there is a reason Hashem put them in a situation where they would have to repeat those curses. Hashem makes them witnesses in such a case as a warning, suggesting they have done something slightly wrong which could lead to actual sin. Hearing such a thing and having to repeat it should lead to self-reflection and correction. Likewise, one who sees the sotah. They are being sent a message from Hashem about an area they need to work on. And the way this can be done is through taking concrete action – becoming a nazir, stepping back from physical pleasure and focusing on spiritual pursuits.

Whenever we happen to see or hear something – a conversation between two people we pass on the street, an ad on a bus that passes us, a photo in a newspaper – we are seeing it for a reason. G-d is trying to tell us something, trying to prompt self-reflection. And this should lead to us taking practical steps to work on ourselves and improve ourselves. We learn from this week’s parsha that when we see the pictures of George Floyd we must each ask ourselves: how can I change and improve myself as a result of seeing this? What can I read or listen to or teach myself in response? What action can I take? And if we focus on doing this on an individual level, we can be part of a big, and very necessary, change.