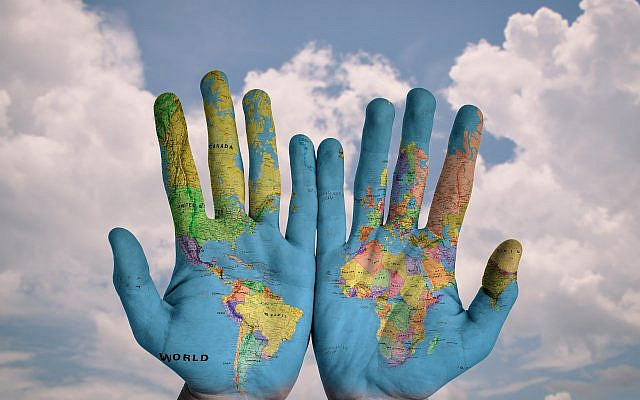 One of the classic questions in Parshat Noach is the Torah’s profile on Noach at the onset of the parsha. “This is the line of Noach,” it begins, “Noach was a man, righteous and whole-hearted in his generation; Noach walked with Elokim” (Bereishis 6:9). A point of interest in this pasuk is the Torah’s mention of his stature “in his generation.” Nehama Leibowitz approaches this question with many commentaries in an illuminating lesson that is highly relevant today.

When the Torah describes Avraham Avinu, it uses similar language to Noach, as Hashem says, “Walk before Me and be whole-hearted” (Bereishis 17:1). It’s this omission of “in his generation” that emphasizes the meaning that phrase plays in Noach’s case. On the pasuk in Parshat Noach, Rashi refers to Midrash Tanchuma Buber (6:1), which points out the relative nature of Noach’s character, showing the more positive and negative perspective.

The former explains that if Noach could champion his values in a world of destruction, violence, and evil, how much more so would have thrived in a more moderate or nurturing environment? In contrast, the latter notes that Noach was not righteous per se, rather when compared to the wickedness of his time, he is relatively good and moral.

At this point, the quandary of how to understand Noach is evenly split. However, Nehama Leibowitz picks out the Torah’s language about Noach that he “walked with” Hashem and about Avraham that he should “Walk before” Hashem. A Midrash in Bereishis Rabbah (30:10) offers a parable to understand this language. Based on the discrepancy in this phraseology, the Midrash likens Noach to a king’s friend who relies on the king to avoid sinking in a swamp, whereas Avraham is compared to one who is providing light for the king in a dark alleyway. Indeed, the Midrash concludes with the King — Hashem — charging His friend — Avraham — with a mission: reveal His light to Bnei Yisrael and then to the world.

This is tied together very powerfully as Nehama Leibowitz writes, “Noach was not charged with the same Divine mission to spread the word of God abroad as Avraham, since he only possessed the capacity to save himself but not others… Noach was singled out for survival, Avraham for a mission” (New Studies In Bereishis, p. 63-4).

The focus, then, is not to “knock” Noach, but it’s to point out a fundamental idea about Judaism’s ideal; Noach was not entrusted to bring about Hashem’s ultimate mission of revealing His light in the world, whereas Avraham fit the criteria. Essentially, if we are operating in a self-centered, exclusionary frame of mind, then we are missing a critical point.

Rav Kook powerfully illustrates this in Orot HaKodesh. “One must always transcend one’s individual world,” he writes. “Sometimes self-centeredness fills one’s whole being, until all of one’s thoughts are focused only on one’s own individual concerns… Instead, one must dedicate one’s thoughts and desires to the greater good: others, the nation, and the entire world” (3, p.147).[1]

If we only fight for ourselves and our interests, we’ll be great in our generation. However, it’s only when we fight for others and the world, when we shine Hashem’s light to illuminate the world around us, that we can achieve a level of greatness that’s inside us all.

[1] As translated by Rabbi Ari Ze’ev Schwartz in “The Spiritual Revolution of Rav Kook,” p. 117