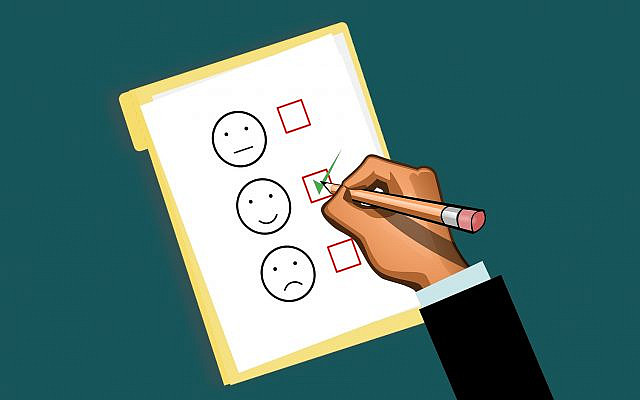 Satisfaction, Arthur Brooks writes in The Atlantic, “is the greatest paradox of human life. We crave it, we believe we can get it, we glimpse it and maybe even experience it for a brief moment, and then it vanishes. But we never give up on our quest to get and hold on to it.” His piece centered around how wanting less in life could lead us to greater satisfaction and happiness. The claim seems to be a bit strange or, as Brooks puts, “the greatest paradox of human life.” In Parshat Pekudei, however, the Torah seems to allude to the underlying idea of this concept, which offers a window into the very topic Brooks speaks about.

Parshat Pekudei, the last parsha in Sefer Shemot, begins with a clear pronouncement: “These are the records of the Mishkan, the Mishkan of Testimony, which were drawn up at Moshe’s bidding — the work of the Leviim under the direction of Itamar the son of Aharon the kohen” (Shemot 38:21). The entirety of the parsha recounts what the Torah already has told us and, on its face, is devoid of meaningful explanation. For Or HaChaim, however, the retelling implies the exact opposite.

He begins by noting that the word translated as “records” in the pasuk is pekudim, the source of the parsha’s name. Or HaChaim says that the Torah compiled the list of the Mishkan and its components to teach us that each involved item was subject to lasting blessing. By rehashing what was already taught, the Torah is highlighting the individual significance of each thing in the Mishkan. He derives this from the word pekudim, which he writes was selectively chosen instead of other substitutes to indicate that it was a special accounting. Bava Metziah 42a tells us that blessing is found “neither in a matter that is weighted, nor in a matter that is measured, nor in a matter that is counted. Rather, it is found in a matter concealed from the eye.” Or HaChaim quotes this to contend that the Torah wanted to distinguish the Mishkan and its components from that principle. Hence, pekudim was the best word choice.

What is especially noteworthy is Or HaChaim’s explanation for why the Torah used that language. Essentially, it was demonstrating an exception to its rule that “things” can be a source of blessing — the Mishkan and its entities could, but we would be mistaken to set that as the standard. It reminds me of a saying Rabbi David Aaron would often share: The best things in life, the worthwhile things, are not actually “things” at all.

Similar to Brooks’ description, we can live our entire lives collecting items, achievements, accolades, and everything in between all for it to feel like sand slipping through our fingers. As the saying attributed to Malcolm Forbes goes, “He who dies with the most toys wins.” It is too easy for us to fall into the classic traps that ensnare us into following trails not meant for us. In Brooks’ words, that was the paradox of chasing satisfaction, and it seems to be what the Torah is trying to teach us, as the Or HaChaim draws out.

The idea from Bava Metziah is, thus, a central element of guiding ourselves through life. If we seek a life that is filled with Hashem’s blessing, overwhelmed with His presence, then we must know where to find that. It will not be, the Gemara tells us, in the finitude that fits in scales and baskets. It will be found in the timeless, spaceless things. The Mishkan proved to be the exception, and it showed us the rule: In life, the worthwhile things are immeasurable by any standard — love, meaning, purpose, service, connection. That is where lasting blessing is found.