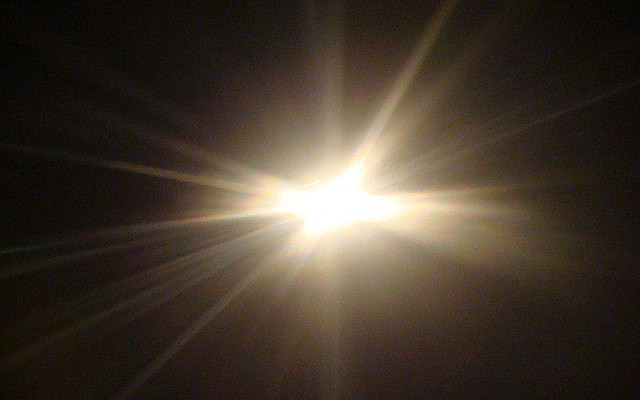 Have you ever met someone who just glows? Someone whose face just radiates positivity and happiness? People like this are deeply connected and in touch with themselves, and their wholeness is so clearly manifest externally. This is what makes them so magnetic — we are drawn to them living so wholly aligned with their deepest selves. Even greater than those in this state is those who can also share and spread that light with others.

In Parshat Pinchas, Hashem instructs Moshe Rabbeinu to appoint Yehoshua, his closest disciple, as the next leader of Bnei Yisrael to lead them into Eretz Yisrael. Then, Hashem tells Moshe, “You shall bestow some of your brightness upon [Yehoshua] so that all the congregation of Bnei Yisrael will listen” (Bamidbar 27:20). And Moshe followed suit.

Luminaries, such as the sun and moon, were created by Hashem to spread light into the world, albeit each in different forms. As Hashem said in Sefer Bereishis, “Let there be lights in the expanse of the sky to separate day from night; they shall serve as signs for the set times—the days and the years, and they serve as lights in the expanse of the sky to shine upon the earth” (1:14-15). This demonstrates Moshe and Yehoshua’s identities as “luminaries” of Bnei Yisrael: They were each tasked with shining a unique light for the people, and to better understand this, we must define what this “light” truly is.

In Kabbalah, light relates to Hashem-consciousness. The more light one has in their life or in the world, the more clarity and awareness they have of Hashem animating our very existence. Light provides us the opportunity to see a world constantly connected, sourced, and loved by and through Hashem. It is about being in a state of exceptional lucidity, in every sense of life. In contrast, darkness hinders such a state. The more darkness, the less light, and by extension, there is more confusion and fog that clouds our perception of Hashem’s endless presence in our lives.

Moshe and Yehoshua were centerpieces in Bnei Yisrael’s Hashem-consciousness. Through their leadership and decisions, they directly affected the people’s perception of Hashem’s presence. Hashem, of course, is always with us, but the question becomes whether we can see that.

As the sun, Moshe was able to generate a level of awareness for Bnei Yisrael that brought them to planes of living we could never imagine. When Hashem directed Moshe to “share” this light with Yehoshua, he did not act possessive or threatened. Moshe understood that sharing the light does not diminish the light, rather it births more light for everyone in the world.

We each have the distinct ability to see and relate to Hashem through our own unique windows, welcoming a light that is sculpted just for us. Our experiences, backgrounds, and personalities, gift us with a particular way to see and channel Hashem into the world. In becoming more mindful of Hashem’s loving embrace that holds all of existence, we become more in touch with ourselves, allowing us to radiate that same “glow” mentioned earlier. That, however, is just step one. Our light is meant to be shared, not contained. As Moshe bestowed some of his light onto Yehoshua, we, too, are tasked to spread and illuminate our light to others and to the world.