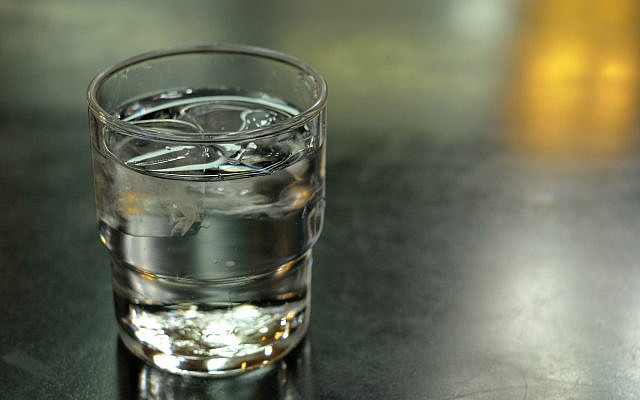 I was sitting at my table the other day, with my computer in front of me, and a glass of water next to me. And I started thinking about what I was looking at.

A table is pretty amazing. I doubt I could ever have the skill or patience to craft logs of wood into a beautiful dining room table. But perhaps, if I had paid more attention to Mr Teece in 3rd Form woodworking class, I might eventually have been able to make a table (rather than the disaster of a spice rack that I brought home at the end of the year).

A computer is an incredible tool. When I was a teenager, we had a tiny little machine called a computer, which was not much bigger than a scientific calculator but you could program it with BASIC and use its 32k of memory to play a game on its two-line screen. It was so cool the neighbors would come over to see it and use it.

Nowadays, computers are amazing. We carry so much computing power on our phones that we can not only play games or watch videos, but even do work (and occasionally write a blog for the Times of Israel). And my laptop computer can do so many incredible things, I haven’t even begun to tap its full potential. I have no idea how it is made or how it works. I imagine it runs on either magic or hamsters.

However, I have a friend who was teaching his children how to repair computers during the corona lockdown. So, apparently it is possible to understand the basics of how computers work and even figure out how to fix them.

But the water in the glass – now that is truly unfathomable. Sure, everyone knows that water is just a couple of Hs and an O. But water is much deeper than that.

Since at least the time of Empedocles of Acragas (c. 495 – c. 435 BC), water was considered one of the four elements (though for some reason, the 1970s funk band “Earth, Wind and Fire” left it out). Plato and Aristotle adopted Empedocles’s elements, associating them with shapes, astronomy and medicine.

In ancient Chinese philosophy, water was one of the five Xing, energies that were in a constant state of flux.

With a concept that Rabbi Akiva would turn into a parable many centuries later, Lao-tzu wrote in Tao Te Ching, “Nothing in the world is as soft and yielding as water. Yet for dissolving the hard and inflexible, nothing can surpass it. The soft overcomes the hard; the gentle overcomes the rigid.”

To medieval alchemists, influenced by the Arab alchemist Jābir ibn Hayyān (Geber), water was one of six elements, which included the four of the Greeks with the addition of sulphur and mercury.

It wasn’t until 1776 that Henry Cavendish, the eccentric, social-phobic English gentleman proved that water was not itself an element, but was comprised of two more fundamental elements, when he burned hydrogen in “dephlogisticated air” (which we now call oxygen) and was left with water. 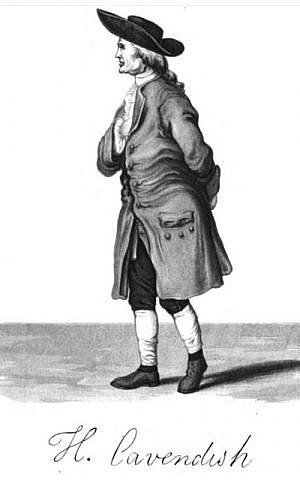 Cavendish was such a brilliant, yet crazy, philosopher, chemist, and physicist that hopefully one day I’ll write an entire blog about him. But just a couple of quick points. He inherited two enormous fortunes. His father was the son of the Duke of Devonshire and his mother was the daughter of the Duke of Kent. He was described by French physicist Jean Baptiste Biot as “the richest of all the savants and the most knowledgeable of the rich.” He spent very little, and at his death he was found to be the largest holder of bank stock in England.

He was incredibly shy and nervous around other people. Thomas Thomson describes how a visitor from Austria once met Cavendish in the home of Joseph Banks (who had accompanied James Cook on his first Pacific voyage and was the president of the Royal Society for over 41 years). The guest said he was such a great admirer of his work that he’d come to London specially to meet him. In reply, Cavendish “answered not a word but stood with his eyes cast down, quite abashed and confounded. At last spying an opening in the crowd, he darted through with all the speed of which he was master, nor did he stop until he reached his carriage which drove him directly home.”

Cavendish’s discovery that water was a compound not an element was confirmed by Antoine Lavoisier who gave oxygen its name.

Without the unique and peculiar properties of water none of us would be here. Of course, we know that we need water to survive. When searching distant planets for signs of life, scientists are really looking for potential ability to support water, for without water there could be no life.

But water is unique in that when frozen it expands (all other liquids contract). You’ll know that if you’ve ever put a bottle in the freezer to cool it for a few minutes but forgot to take it out until the next day. 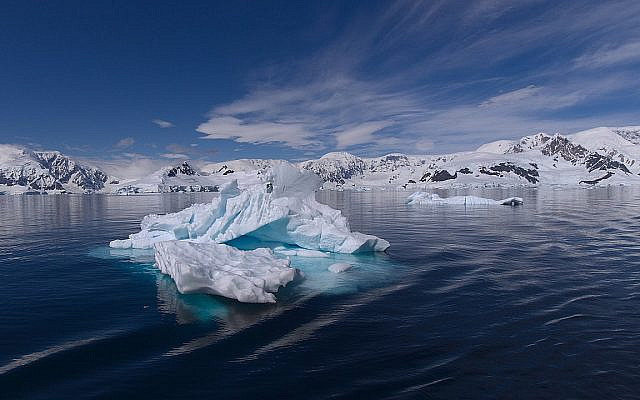 Because ice is less dense than water, it floats. This is essential not only for a whisky on the rocks, but because it means that as the climate cools, ice forms on the top of oceans and lakes rather than on the bottom. If ice would form from the bottom of lakes, it would destroy all the life there. Also, it insulates the water beneath it, keeping it warm and ensuring that the entire ocean does not freeze, killing all marine life.

Ice reflects much of the sunlight that hits it back into space, thus slowing climate warming.

But perhaps the most surprising thing about water is its age. Scientists tell us that the earth is about 4.5 billion years old. The sun is slightly older – formed just over 4.6 billion years. But according to research from the past decade, up to half the water on earth may be older than the sun.

They calculated this based on the amount of water formed from the hydrogen isotope deuterium which is a form of the element that contains one proton and one neutron (regular hydrogen has no neutrons). This so-called “heavy water” is found on other planets and moons as well as on earth. 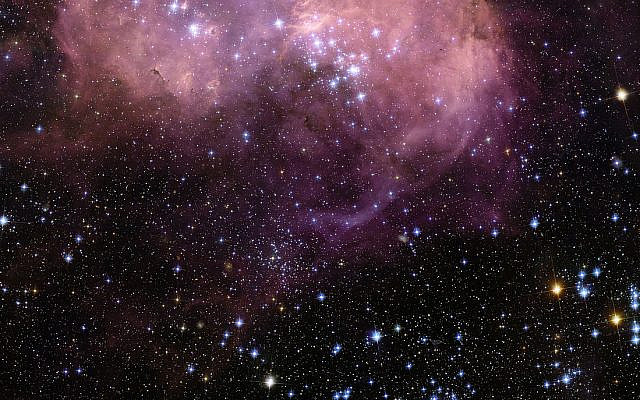 It is likely that this interstellar water was formed in the huge dust cloud that also formed the sun. This explains why water found on comets is entirely made up of heavy water.

Until recently, scientists thought that the water formed in space would not have been able to withstand the fiery birth of the solar system, but new computer modeling shows that it not only possible, but likely.

So as I pick up this glass of water and recite the blessing, “That everything exists by His word,” I prepare to swallow something far older than the computer or the table, the ground I am sitting on, or even the sun shining on me.

The Torah begins with an account of creation. On the first day God said, “Let there be light.” On the second day, He separated the upper waters from the lower waters. But the earth was not created until the third day, and the sun until the fourth. I am not a fan of attempts to match modern science with the Biblical account of creation, but I do find it incredible that scientists agree that the water came into existence before the sun and the earth.

I am reminded of this when I read this week’s Torah portion of Pinchas, which has a hidden allusion to water.

Chapters 28 and 29 of Numbers contain the sacrifices to be offered on festivals. Verses 12 to 38 lists the offerings for each day of Sukkot. The sacrifices for the first seven days are almost identical apart from the number of bulls that are slaughtered. But there are three letters which appear redundant.

Rashi (on verse 35) explains (based on the Talmud Shabbat 103b) that this is an allusion to the water libations made during the festival of Sukkot.

The libations were accompanied by the music, dancing and juggling of the Simchat Beit Hashoeva. The people were celebrating the water drawing and hoping for the blessing of a rain-filled year.

The water was drawn from the spring of Shiloach, brought up to the Temple, and poured into a special nozzle on the side of the Temple. Immediately following Sukkot, at the beginning of winter, a special prayer is added for rain. The need for rain is symbolized by offering water on the altar, showing that the blessing will be used to serve God. The Tosefta (Sukkah end of chapter 3) states, “Rabbi Akiva said that the Torah says…‘Bring water on Sukkot so that you will be blessed with rain.”

According to tradition, the nozzles in the altar went down to the utmost depths of the earth, to the place where the lower waters have been held back since the creation of the world.

The Talmud (Makkot 11a) states that when King David excavated the area in preparation for the construction of the Temple the water flowed up and threatened to destroy the world. He wrote God’s name on a pottery shard and threw it into the wellspring and the water subsided.

This ancient water, older than the earth, is alluded to in the Torah portion. And it is the same water that scientists tell me was formed with the stars out of heavy hydrogen and was sitting in my glass. Although now I have drunk it. I guess that makes me somewhat older and heavier too.