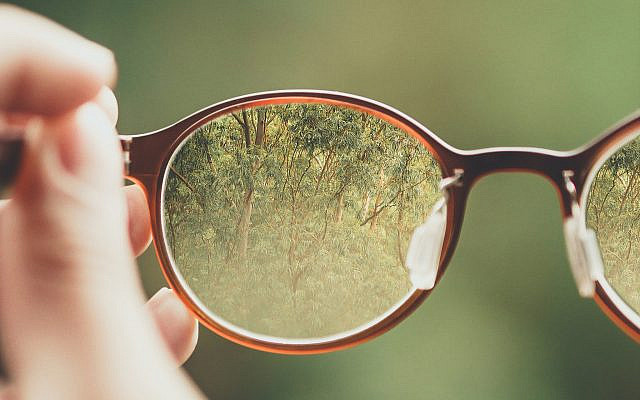 Photo by Bud Helisson on Unsplash

Deep into Moshe’s final speech to the Jewish people, Parshat Re’ah opens with the following statement: “see, today I am putting before you a blessing and a curse” (Devarim, 11:26). The pesukim go on to describe how Bnei Yisrael will merit blessings by following G-d’s words and how, conversely, they will receive the curses by following other gods. However, the Aderet Eliyahu points out an inconsistency in this pasuk: the word “see” is written in the singular yet the word “before you” is written in the plural. We can assume that Moshe knew basic Hebrew grammar. So what was he trying to tell Bnei Yisrael with this discrepancy?

The Aderet Eliyahu offers the following answer. With this pasuk, Moshe was trying to emphasise two important, yet sometimes opposing, concepts: the significance of the nation as a whole, and the value of each individual within the nation. Moshe is talking to all of Bnei Yisrael; the blessings and curses he mentions and the mitzvot he is about to emphasise are placed “before you” in the plural, before the entire nation. Yet each person is told to “see” individually, in the singular. Each individual is given the strength and ability to choose for themselves, blessings or curses, regardless of the actions of the rest of the nation. The Midrash explains that before the Torah was given, nations and generations were judged and punished as one single entity. However, once the Torah was given, each individual would now be held responsible and punished for their own actions (Midrash Tanchuma, Re’ah, Siman 3). Yet when the Torah was given, the Jewish people stood together like “one person with one heart” (Rashi, Shemot, 19:2). At the moment the system of judgement changed from the communal to the individual level, the individuals united into one single entity. That is what Moshe is reminding the people of in this pasuk: their power as individuals is intrinsically connected to their place within the nation.

Later in the parsha, Moshe offers the people some advice about how to access the blessings he mentioned in the first pasuk. Using the same metaphor of sight, Moshe tells the people that they should not build a society in which “every person does whatever is correct in their eyes” (Devarim, 12:8). This expression is used in Sefer Shoftim (21:25) to indicate a total moral and social breakdown. Moshe placed the blessings and curses “before you” in the plural, before all of Bnei Yisrael. When everyone does what they think is right, they “see” in the singular but they forget the wider context in which they exist, that of the nation. And then both the nation and each individual suffers. That is how we choose the curses.

However, Moshe also tells us how to choose the blessings. At the end of the parsha, using the imagery of seeing for a third time in this parsha, the Torah repeats the details of the chagim with a specific emphasis on celebrating them in the Beit Hamikdash. The pesukim tell us that on Pesach, Shavuot and Sukkot there is a mitzvah to “be seen before the L-rd your G-d, in the place that He has chosen” (Devarim, 16:16). On these three festivals, everyone would ascend to the Beit Hamikdash, to celebrate in Jerusalem, in the presence of G-d. Each individual appears before Hashem and brings their own korban (Mishneh Torah, Hilchot Chagigah, 1:1), cultivating their own unique relationship with G-d through how they chose to act. Yet this is done in the Beit Hamikdash, along with all the other individuals who are part of the nation and who have also chosen to appear before G-d. When these two elements come together, when each person chooses the correct way to act and ensures this is done within the parameters of being a part of Bnei Yisrael, each person is able to enjoy “the blessing that the L-rd your G-d has given to you” (Devarim, 16:17).