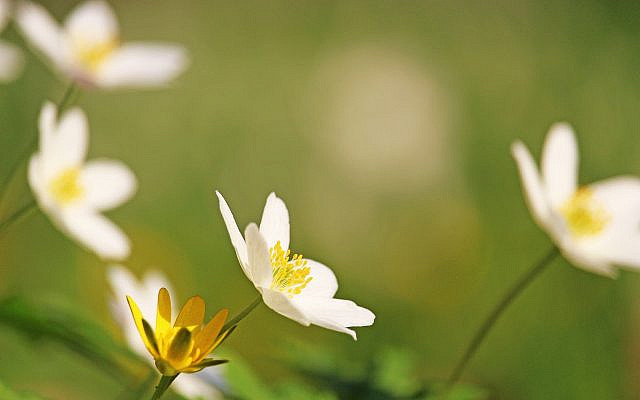 We can choose the type of world we want to live in. Our beliefs, perspectives, and outlook have the power to construct the framework of our lives, in the highs, the lows, and everything in between. In that same vein, we are also able to control and change those structural elements of our reality, which then influences how we experience the world. One who thinks humans are, at their core, self-serving and greedy will have their days shaped by that impression, and the same can be said in the opposite. From Parshat Shemini, we can learn about living in the best “kind” of worlds: a world with God.

In the beginning of Parshat Shemini, Moshe Rabbeinu is guiding Bnei Yisrael and the kohanim (priests) to see Hashem’s presence. “[The kohanim] brought to the front of the Tent of Meeting the things that Moses had commanded, and the whole community came forward and stood before Hashem. Moses said: ‘This is what Hashem has commanded that you do, that the Presence of Hashem may appear to you’” (Vayikra 9:5-6).

The Or HaChaim asks on this pasuk (verse) about the meaning of the “this” that Moshe references. He answers that “We may therefore assume that in verse the Torah describes the spiritual preparations made by the people to appear in the presence of Hashem. They achieved a spiritual [level] which made them fit to be in the presence of God.” Moshe was telling Bnei Yisrael that it was through their own actions — “what Hashem has commanded” —that they were able to experience Hashem. The Or HaChaim takes this even further and says Moshe said Hashem “commanded” them to bring themselves to a state of mind in which they would always be able to be in Hashem’s presence.

Before we further explore how to receive Hashem’s presence, one question that naturally emerges is what it actually means to be in His presence. Speaking about how we encounter Hashem in this world, Rav Kook writes, “It is the Godliness that is manifest in the world in its beauty and glory, spirit and soul; in all animals and bugs, bushes and flowers; in all nations and states, oceans and waves; in the skies and the magnificent stars; in the style of great speakers, the ideas of authors, the imagination of singers, the thoughts of scholars, the emotions of sensitive people, and in the courage of every warrior” (“Orot,” Zeronim 1).[1]

To experience Hashem’s presence is to be filled with wonder when you see the world, to feel flooded with love when you speak with others, and to feel like a lyric in the melodious song of life. Two people can be walking along the same street and be walking in two diametrically opposed worlds — one is a world with God and the other is a world without God.

How, then, do we bring ourselves to see and experience Hashem in our worlds? It goes to what Rabbi David Aaron often says, “What you believe is what you perceive.” We need to start by challenging our beliefs about life, re-thinking the assumptions that we’ve built around our eyes: Is this all an accident? Why am I here? What really matters in life? How do I find meaning in the day-to-day? Where do I find Hashem in my life?

As we paint the inner world of our lives with a brush dipped in love, peace, laughter, goodness, compassion, and godliness, we’ll awaken a new light within ourselves. Then, when we enter into the world, we’ll always find Hashem in our world and ourselves in His presence.

[1] As translated by Rabbi Ari Ze’ev Schwartz in “The Spiritual Revolution of Rav Kook,” p. 47