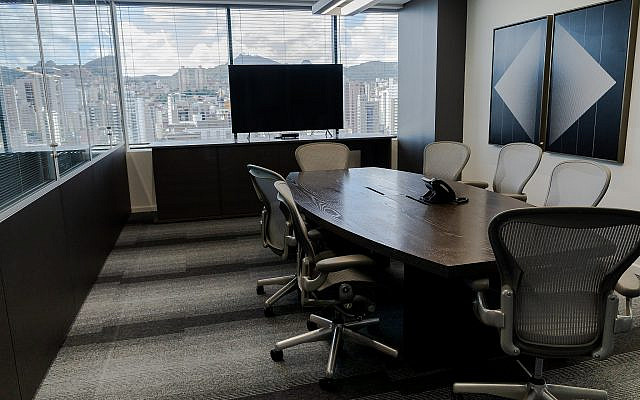 Authority, by design, entrusts power to individuals or a body of individuals, placing the “right” of leadership and decision-making into a select space. Structures are important. They control the volatility of chaos and anarchy and transform them into a body that allows for social communities. Order is not to be taken for granted. Countries rely upon stable governments, judicial bodies, and legal frameworks—designated authority—to not just excel but to exist. With all its perks, “authority” has its dangers. Power unchecked is power at risk of corruption. Unquestioned deference to authority opens the door to such power corruption. It reminds that, in truth, no authority should be absolute. That is where we are called to respond.

Parshat Shoftim covers a breadth of subjects Bnei Yisrael is to be mindful of. One of which concerns the false prophet. After Moshe iterates the importance of adhering to the words of Hashem’s prophets, he follows that “any prophet who presumes to speak in [Hashem’s] name, an oracle that [He] did not command to be uttered, or who speaks in the name of other gods—that prophet shall die” (Devarim 18:20). He speaks further about recognizing the phonies and, strangely, adds, “do not be afraid of that person” (18:22).

The line appears a bit odd. Moshe begins that the fate of false prophets is sealed: He “shall die.” He outlines how to recognize an imposter. And he concludes that one should not be afraid of such a person. There is an assured guarantee that the prophet we can recognize the prophet and that he will die. If his method of identification and belief of punishment are correct, then what is to fear? It does not appear to follow.

Sifrei Devarim 178:3 colors the Torah’s words to offer some clarity. It is not that we fear the prophet per se, rather we may fear incriminating him and subsequently suffering a punishment. The Netziv in Haamek Davar adds that one may fear death from approaching a presumably great and holy person. There is trepidation in watchdogging. Indeed, who would want to initiate claims of corruption against the seemingly all-pious prophet? The Torah’s instruction to “not be afraid” seems to hint as a call for courage.

In his Tradition essay, “Is Courage a Jewish Value?,” Rabbi Yitzchak Blau explores the nature of courage and whether it has roots in Jewish tradition. At his conclusion, having taken to the textual sources and reason surrounding them, he writes with particular relevance to our discussion: “Think about how our community has responded to some of the ethical lapses of public figures involved in monetary dishonesty or in cases of sexual abuse. In many examples, the accused were well-connected and charismatic leaders with devoted followers. Someone trying to put a stop to their behavior must be willing to undertake certain risks and show mettle in the face of harsh threats” (49). In other words, courage is called for to upkeep justice and protect the vulnerable among us. It may not be easy, but it is necessary.

Authority requires accountability. Many have mulled the Torah recounting Avraham challenging Hashem before He destroyed Sodom. There is reason why the popular cliche “Power corrupts” was built upon to add “and absolute power corrupts absolutely.” The false prophet may not scare the rational mind, for, indeed, there is no reason to fear him. But the heart speaks a different language. Hashem entrusts us with the authority of accountability. We act in such a role through courage. That is the call. “Do not be afraid” because Hashem needs us to be strong.