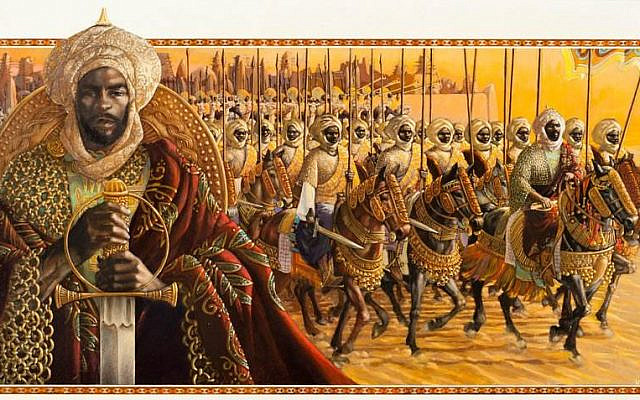 Mansa Musa was the richest person who ever lived. Forget about Bill Gates, Warren Buffett, Jeff Bezos – they only have small fortunes compared to Musa, who ruled the east-African Mali empire for 25 years, from 1312 to 1337.

He was so rich that we actually have no idea how much he was worth in modern terms. Rudolph Ware, of the University of Michigan told Money:

This is the richest guy anyone has ever seen, that’s the point. They’re trying to find words to explain that. There are pictures of him holding a scepter of gold on a throne of gold holding a cup of gold with a golden crown on his head. Imagine as much gold as you think a human being could possess and double it, that’s what all the accounts are trying to communicate.

Musa I (Mansa is a title meaning “king,” “conqueror,” or “emperor”) took the throne after his predecessor, Mansa Abu Bakr II, sailed out into the Atlantic, intent on proving that the ocean was not infinite.

Musa described to the Arab-Egyptian scholar Shihab Al-Umari how he came to power:

The ruler who preceded me did not believe that it was impossible to reach the extremity of the ocean that encircles the earth and wanted to reach that (end) and obstinately persisted in the design. So, he equipped two hundred boats full of men… He ordered the chief not to return until they had reached the extremity of the ocean, or if they had exhausted the provisions and the water.

They set out. Their absence extended over a long period, and, at last, only one boat returned. On our questioning, the captain said: ‘Prince, we have navigated for a long time, until we saw in the midst of the ocean as if a big river was flowing violently. My boat was the last one; others were ahead of me. As soon as any of them reached this place, it drowned in the whirlpool and never came out. I sailed backwards to escape this current.’

But the Sultan would not believe him. He ordered two thousand boats to be equipped for him and for his men, and one thousand more for water and victuals. Then he conferred on me the regency during his absence, and departed with his men on the ocean trip, never to return nor to give a sign of life.

Some scholars think that Abu Bakr may have reached the Americas, though there is little evidence to support the theory.

So, Musa inherited an empire that had been founded by his great uncle, Sundiata Keita. The Malian empire was already the source of many important natural resources, such as gold and salt. Under Musa, the empire doubled in size, encompassing today’s Mali, Senegal, Gambia, Guinea, Niger, Nigeria, Chad and Mauritania. At the time it was second in size only to the Mongol Empire. 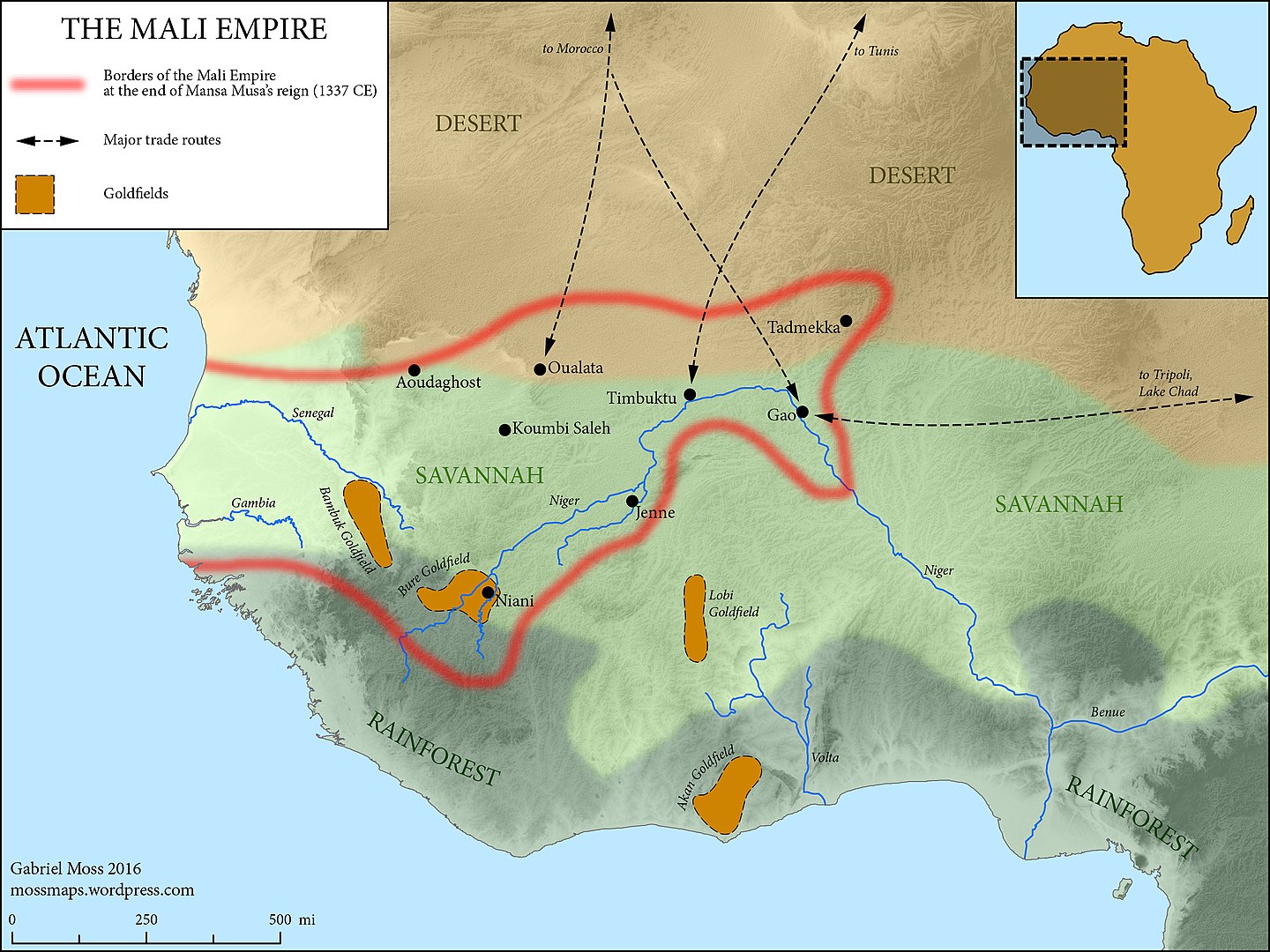 Centuries later, Western histories ignored the cultural heritage and scholarship of western Africa, largely because they were busy kidnapping people from that region and selling them as slaves. But Europeans in the 14th century became aware of Musa and his enormous wealth because of the pilgrimage he made to Mecca.

Musa was the first Malian king to fully embrace Islam, yet he did not impose his religion on the general populace. But as a devout man, in 1324 he appointed his son, Mansa Magha Keita, to rule the kingdom while he set out for Arabia. 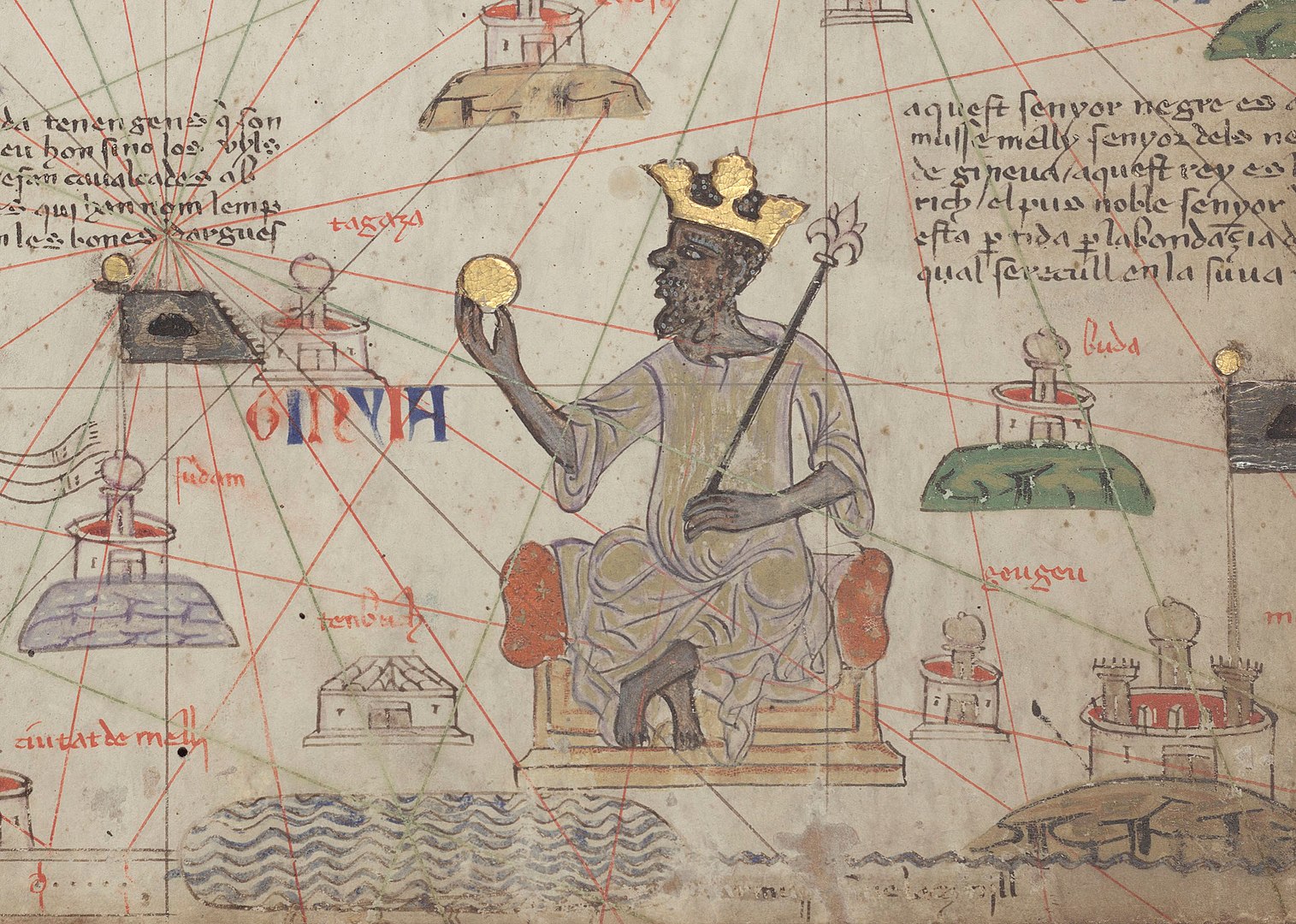 However, the richest king in history did not travel lightly. According to Steve Johnson in the Chicago Tribune, Musa’s entourage included, “8,000 courtiers, 12,000 slaves and 100 camels each carrying up to 300 pounds of pure gold.”

And he was very generous. Reports describe him handing out gold in the towns he passed as he journeyed across the Sahara to Egypt. When he reached Cairo he was extremely generous with his gold and encouraged his merchants to spend liberally. As an introductory goodwill gesture, Musa gave the Sultan 50,000 gold dinars. He flooded the market so much that Musa and his pilgrims devalued gold in Egypt by an estimated 20%. It took over a decade for the Egyptian economy to recover.

Musa continued to Mecca, where he purchased land and buildings where other travelers could stay during their pilgrimage to the holy site. 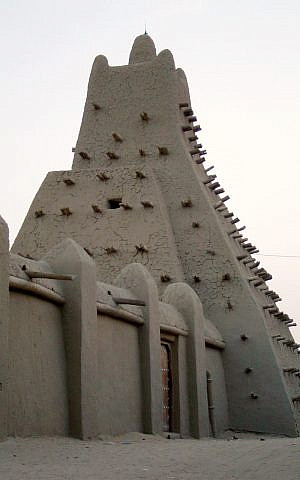 When he returned to Africa in 1325, accompanied by scholars and architects, Musa built impressive mosques in Gao and Timbuktu. The latter city was already home to Islamic scholars, and Musa invested in the Sankore Madrasah (University of Sankore) so that it became the center of study of religions, arts astronomy and science until the 17th century. The university could accommodate 25,000 students and the library is said to have contained between 400,000 to 1,000,000 manuscripts, making it one of the largest in the world.

Nowadays, many people do not know that Timbuktu is a real city in Mali, but for centuries it was fabled for its gold. Traders from as far away as Venice, Granada, and Genoa came to Timbuktu to enjoy the economic prosperity Musa had brought to the city. 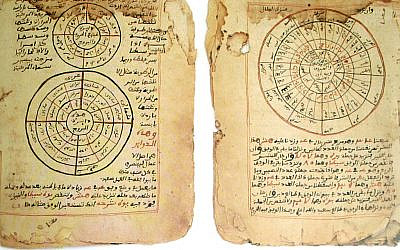 The Timbuktu Manuscripts showing both mathematics and a heritage of astronomy in medieval Islam. (Public Domain/ Wikimedia Commons)

Musa probably died in 1337, leaving behind him perhaps the greatest African empire in history. He had transformed the economy, created a world-famous center of learning, and had made African culture famous as far away as Europe.

I am reminded of Musa and his pilgrimage when I read this week’s Torah reading, Terumah.

Based on the materials required to construct the Tabernacle, the Israelites must have left Egypt with tremendous wealth, which they carried with them through the desert to the promised land. “The Children of Israel did as Moses instructed and borrowed from Egypt vessels of silver, vessels of gold and garments,” (Exodus 12:35).

They had so much gold that Moses said the temptation to build the Golden Calf was too great to overcome (Berachot 32a).

The Talmud (Yoma 75b) states that merchants flocked to the Israelite camp to earn their share of the gold, silver and other precious materials that the former slaves carried with them. Even though the Israelites were given manna to eat, they were still tempted to purchase food from the local tribes.

They must have destroyed the local economies. When the Jews approached the kingdom of Edom (Numbers 20:14-21), Moses sent messages to the king asking for permission to travel through his land. He said the Israelites would pay for anything they ate or drank along the way.

The king of Edom rejected the offer and sent his army to prevent Moses and his nation crossing his border. This was partly done out of hatred for the Israelites, but may have also have made good economic sense. An influx of rich travelers purchasing goods at inflated prices may have done to Edom what Musa did to Cairo many hundreds of years later.

The Israelites had too much gold, silver and other precious items. It was not good for them – enticing them to idolatry, and not good for the local economies as they passed through the wilderness quickly becoming populated with wily merchants looking to make a quick buck.

The most sensible response was to invest their wealth in the Tabernacle, thus preventing it from being a temptation or an economic disrupter.

This is the donation you shall take from them: gold, silver and copper; and blue, purple and scarlet thread, linen and goats, red-dyed rams’ skins and tachash skins and acacia wood; oil for light, spices for the anointing oil and for the incense; precious stones and set stones for the ephod and the breastplate; and make for Me a Tabernacle. 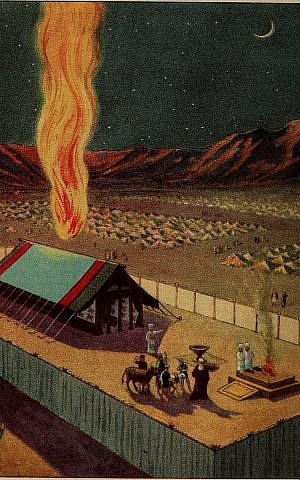 Illustration of the Tabernacle from the Bible primer. (Public Domain/ Wikimedia Commons)

There is no way the Israelites would have survived spiritually or physically for 40 years in the wilderness with so much wealth readily accessible. And they certainly would never have succeeded in building an agriculture-based nation when they reached Israel if they had become dependent on vast stores of commodities taken from Egypt. The Tabernacle provided a spiritual purpose for their wealth and allowed the Israelites to focus on learning the Torah received at Sinai and prepare for their transition from nomads to farmers.